During the 50ies and the 60ies, Otto Storck then turned its focus to work on industrial vessels; which had witnessed a substantial change in their design by making them even longer and plainer. They also started making car ferries with bigger capacity. This means more people traveling by sea and more worldwide trading.

Towards the end of the 20th century, ships started to gain the shape that we see today. The ship’s hole and nose went through significant changes in their design. There was an aim to manufacture heavier and larger ships that have more ability to carry cargo.

And the most revolutionary idea was to include a helicopter landing platform above the ship, which was an idea ahead of its time. They even introduced the “Berlin” boat that gained instant fame and considered by many a masterpiece. It was a cruise ship boat with 16.8 m in length.

The story has witnessed an important turn of events with Project “Tatoosh”. The project aimed at building the biggest yacht at the time. It is what took place in 2000 when the super-yacht came to life. It left everyone in a “wow” because it included features that were unusual in a yacht.

People aboard the yacht had the chance of getting a swimming pool, playing tennis, and enjoying a basketball match. Moreover, for their time of relaxation, they had an equipped sauna and a movie theater with Dolby sound quality. Tatoosh revolutionized the field and change the way many people think about what a yacht should be like. 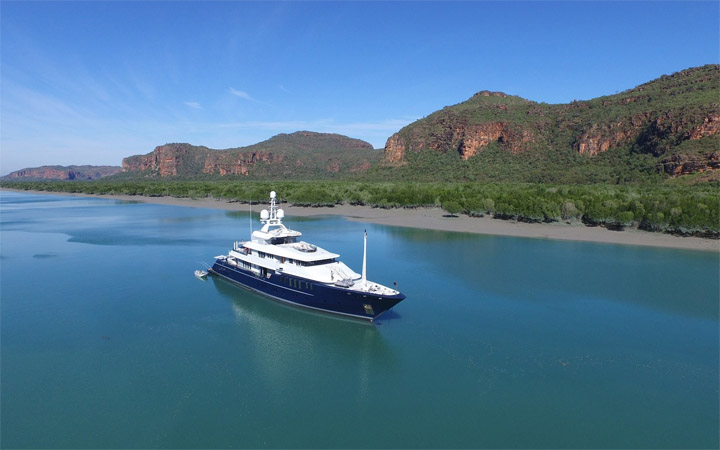 Triple Seven was considered a beast of the sea in 2006. When it got delivered, it grabbed the attention of everyone. It has a fearless design that makes you feel as if it was a beast emerging from the deep-sea. Moreover, it has a powerful engine that makes a lot of people call it a racing car on water.

This Super-yacht led the manufacturing company to be granted an award by the International Super-yacht Society as an acknowledgment for this masterpiece. The company also made a yacht that provides luxurious comfort to its users thanks to its spacious cabins.