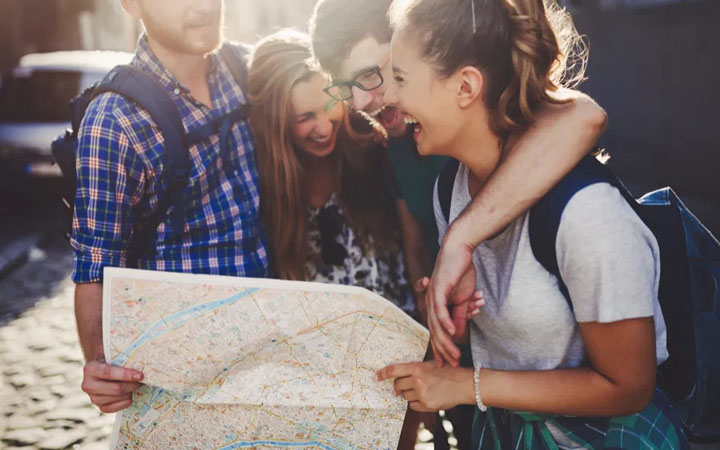 © Best Life
There are countless world countries for which you must book a trip, as they have tourist attractions and breathtaking scenery that you cannot find anywhere else.
However, there are also bad tourist habits that annoy locals that you should avoid. Discover the list of the worst things that tourists do in the next ten countries and avoid them as much as possible on your next trip.

Have you ever wanted to take a picture with the British Royal Guards? Or in front of Buckingham Palace? Everyone has done this or wants to do it if they ever visit London streets.

But the truth is that the locals hate that tourists play with the hats of the royal authorities because they believe that tourists are making fun of the authority. Disrespecting royal guards is something that the British detest.

The British are also furious when they are unable to walk on the street sidewalks because tourists are unaware of the space they occupy and are always looking for the best frame for their photos.

2. Philippines – Walking On the Street As If You Were On the Beach

When it comes to the Philippines, it is impossible not to think about those white sandy beaches and that sea of crystal blue water.

However, the Philippines is not just about the beach, and the sea (they have many other extraordinary landscapes and fun activities), and local people do not appreciate that tourists walk on the streets and in the malls as if they were on the beaches.

Locals consider that tourists need to know how to respect other cultures because there needs to be some distance between the bathing area and the more urban area so that residents feel more valued.

Australia is also known for the beauty of its beaches in addition to the wide variety of animals it shelters, such as spiders, faunas, cockroaches, flies, crocodiles, kangaroos, and many other wild animals. And one of the things that most upset the locals is when tourists have bad behavior and don’t respect the diversity of their wildlife.