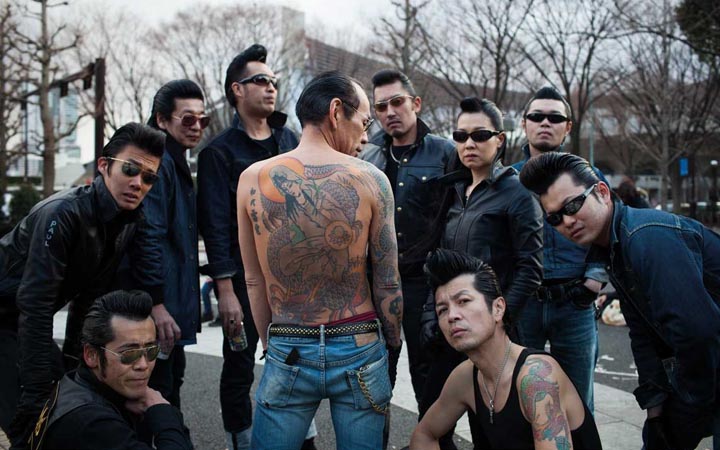 Low-class gangsters appear in every culture, breaking its rules and enjoying the journey of rebellious, socially-rejected troublemakers. What’s interesting (or not) is that the customs and “crime traditions” differ from one gang to another.

Let’s meet 10 of these social groups and discover what they do and look like in different countries around the world. Keep reading.

These Frenchmen have an impeccable style. They think Lacoste is the best so they always wear Lacoste belt bags, also, they think that the top stylish thing to do is tucking their pants into socks.

The Racaille’s daily routine consists of stealing bags, hitting on girls, listening to music through the speaker of their phones, ganging up on nerds, and hanging out at suburban train stations.

In the US, low-class individuals are known as white trash. They might remind you of old scouts who are drunk all the time. Most of these guys are jobless and homeless, they usually live in trailer parks. Their favorite hobbies are hustling houses, teasing sensitive people, starting fights out of nowhere, and drinking beer with the homies.

London traffic is a real burden for the Chavs, so they rather live in poor suburban districts. The English gangs look like typical thugs with a plastic glass in one hand, a cigarette in their mouth, shaved heads, and sportswear.

Their daily activities include chilling out, drinking in public areas, making troubles in the street, and stealing money from people.

Japanese gangs consist of working-class youngsters who aren’t as tough as the yakuza. Yankiis are known for being rude, loud, and extremely disrespectful for the strict manners of local culture.