What are you working so hard for day and night? Why do you bear all the difficulties that keep cropping up in your life? The answer can be summarized in one word and which is ‘’Happiness’’. Humans by nature love to seek and pursue happiness and pleasure.

Some people tend to exaggeratedly torture themselves and accept the reality they are stuck in a place which depresses them. You need to learn to change and adjust your life to make yourself happy. Living in depression and misery is worthless.

Try to make the best out of your short term presence on earth. One day, you will unexpectedly leave without a goodbye or prior warning; you will then regret all the things you couldn’t do to feel happy in your earthly precious presence. Be always poised to add new memories to your happiness journal.

Only a few people do master the art of happiness. If you are not happy where you live, leave on a holiday or move to a different place. You are about to know the 10 cities worldwide which are estimated to be the happiest places on the face of the earth. 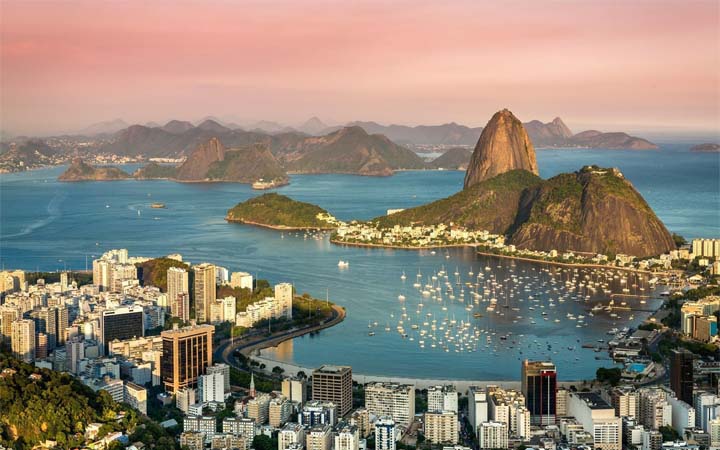 Did you ever get the chance to visit Brazil? Here is your shot! A trip to Rio De Janeiro is perhaps the happiness project you have been planning for. In the heart of Latin America, Rio is the funniest place to ever visit.

The sandy beaches and picturesque natural views, Rio De Janeiro is the ‘Cidade Maravilhosa’ of Brazil. You can buy an air ticket online to kick off an unforgettable journey. There is no doubt that Rio is the most captivating city par excellence full of tourist attractions.

You can have a lifetime chance to see at close range Barra Da Tijuca Beach, which is the longest beach in the city. If you are a quiet person, this place is the perfect site to enjoy a calm vacation in a less crowded place.

You can experience kite and body surfing. In case you are the solo travel kind of person, you will find undoubtedly serenity in this gorgeous spot. The residents of the city are among the happiest folks on earth.

How cannot they be while they are surrounded by Mother Nature, providing them with anything they need. You can try going on hiking tours as you are there. 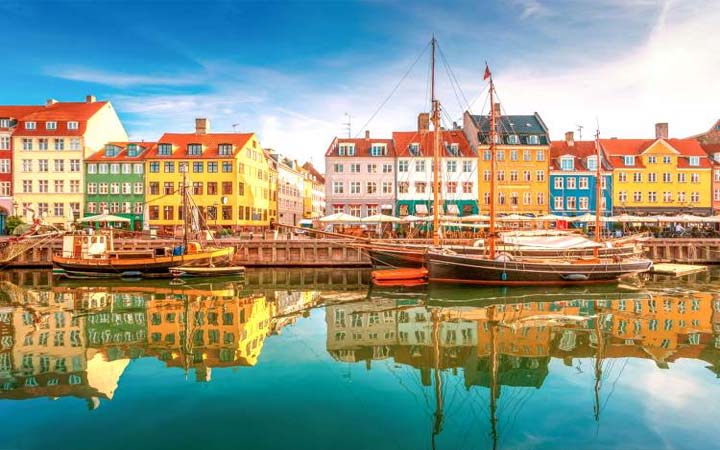 To the lands of the fierce and glorious warriors of Scandinavia: The Vikings. Did you watch the series? It is a wonderful introduction to the ancient Scandinavian culture and folks. Denmark has been known for ages that it is the number one happiest country in Europe, in the north in particular.

Copenhagen, which is home to 5.5 million people living and coexisting in a tiny Danish community, is a-must-visit-city. Make sure you buy one of the newest upcoming Nikon cameras for you will be introduced to an irresistibly splendid culture and history.

You do not have to worry about online hotel booking. Just make sure you got the best road map to start your tour. You are strongly advised to set about the journey with a visit to the historical royal residence: Amalienborg Palace.

You can watch the royal guard or Den Kongelige Livgarde changing every day at 12.00 noon. In addition to The Royal Guard, you can enjoy something similar to the private guided tours of the Louvre, but in Amalienborg Museum instead this time. Excited to taste the flavor of Danish happiness? 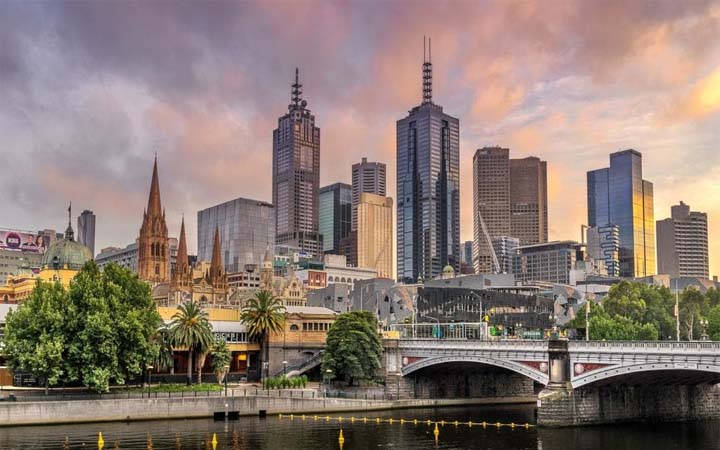 Get Aimee Kestenberg luggage and suitcases to pack all that you need and take off on the first flight to Australia. It is the home country of the beautiful Danish CP Mary of Denmark.

Hurry up to benefit from free online hotel booking offers to spend a few days in the lovely Australian city of Melbourne. By the way, all airlines ticket prices can be found on the official websites of airlines.

Drop all the worries and be ripe for a new experience. During your short or long term stay in Melbourne, you can pay a visit to the most ancient public gallery in the whole country which is The National Gallery of Victoria.

There are about 70,000 artworks displayed to enjoy. You can also enjoy the natural scent in the Royal Botanic Gardens of the city. Melbourne is by default the livable city nationwide.

Forget about depression and open your arms for joy and fun. For the record, expedition cruises are the best means of transportation to tour Australia.

The first thing that comes to your mind when you hear about Vienna is music. Beethoven and Mozart are the most prominent figures in the city. They are the source of the whole country’s musical pride. Maybe music has something to do with making this German-speaking city’s people so pleased and happy.

In fact, the Austrian Empire was always famous for its musical achievements. Once you visit it for the first time, it will captivate your heart. Moreover, it will likely become your favorite family adventure vacations’ destination every year.

If you want to take a closer look at the old imperial lifestyle of the royals in Schloss Schonbrunn, you can see the amazing portraits of Austrian emperors and empresses inclusive of Empress Elizabeth, who was known for her long hair.

Citizens of the imperial capital enjoy a happy life thanks, perhaps, to the affordable housing, the social system used, cheap public transportation and many other things. What matters the most is that you can feel happy in a happy city. 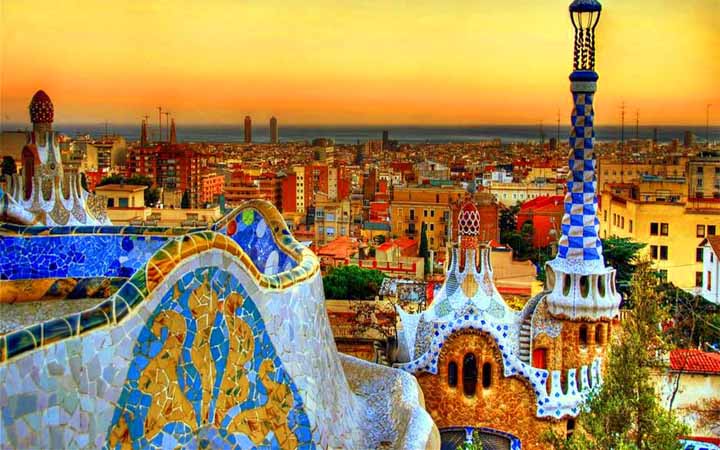 In summer, you can join group trips for solo travelers to visit Catalonia’s capital Barcelona in Spain. Barcelona is a city where everyone can have fun in his or her own way. If you love food, the city hosts 20 best restaurants holding Michelin stars.

If you love culture, you can get tours to historical sites that will blow your mind away. The Temple of Augustus and the Funeral Way on Plaça de La Vila De Madrid are out altogether at The History Museum of the city.

Barcelona is also the home of the largest and most incredible church in the whole world. It is also the tallest one. Sagrada Familia is an embodiment of a marriage of Catalan Modernism and Spanish Late Gothic architecture. People and residents of the second largest city in Spain are quite happy, enjoying a pleasing life.

To the northern part of the American continent: Canada. Did you know that the country’s appellation has its roots in the Saint Lawrence Iroquoian culture? There are countries to which you cannot travel without your self-defense box or any self-protection measures of any kind.

But the scenario is quite different in Canada. If you are a senior wishing to spend your retirement in Canada, no need to pay for self-defense classes for senior citizens. Canada proved to be the safest country over the past few years.

Vancouver is a Canadian paradise which is the favorite spot to perform multiple leisure and entertaining activities. It has become a quite famous city when it exhibited its glamour during the 2010 Winter Olympics.

Down in Gastown, you can have exquisite meals in extraordinary restaurants, visit art galleries or simply stroll down the cobblestone streets. Happiness in Vancouver is unique. 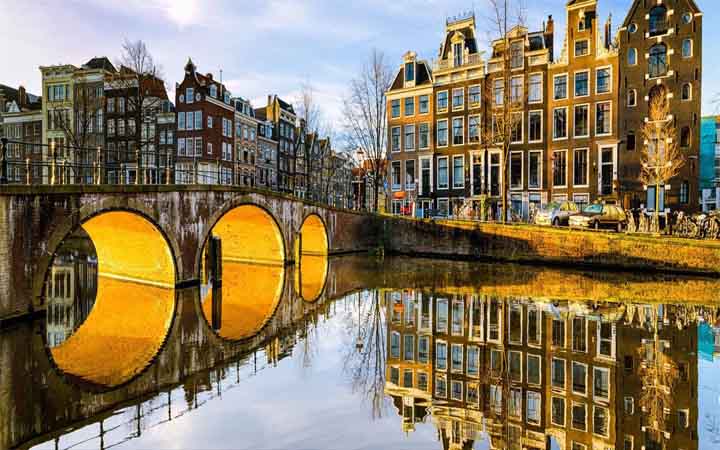 The Dutch royal cosmopolitan city is the most visited touristic destination over the year. It is nicknamed ‘The Venice of The North’ where bikes are the most commonly used means of transportation. It is a charming destination for it offers its visitors a cocktail of activities, ranging from adventures by foot, boat to hike.

The most famous visited site nationwide in Amsterdam is Anne Frank House, which is the popular house where a young girl along with her Jewish family hid from the Nazis during the Second World War.

There are further places you can visit including the Van Gogh Museum and Rijksmuseum. For some reason, once you step in Amsterdam, you feel complete serenity and quietude in the air which makes you feel happy and pleased. 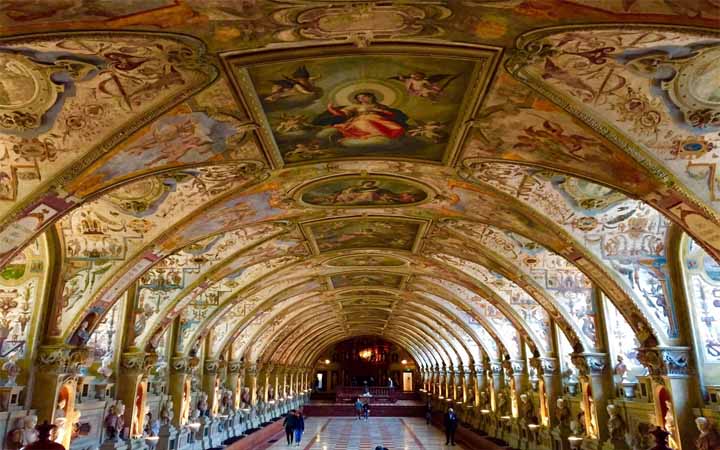 If you are fond of politics, you have probably heard of the famous annual convened Munich Security Conference in the city of Munich. Historically, it is the capital of Bavaria which embodies the glamour of the monarchs who ruled it.

From the top of Rathaus and St.Peter’s Church, you can see the Alps. If you scrutinize the city well enough, you will notice that it combines the traditional aspect of living with the modern one.

Munich is the city from which Germany makes its big exports of BMW cars which are used worldwide. It hosts yearly Oktoberfest, which is a beer festival and traveling funfair.

That is your shot to make some good friendships and know the German culture closely. If you are a traveler on adventure cruises, you can start your European tour from Italy up to Austria and Germany. 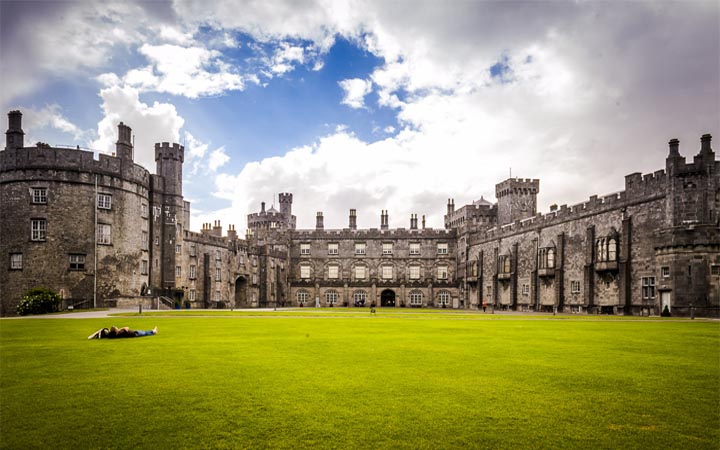 Do you know any word in Irish? If not, here is one: ‘craic’ which means fun and a good time. For a different holiday experience, try Ireland, which is by the way separated into two parts; the northern part forms a fraction of the UK while the rest forms the Republic of Ireland.

About half an hour in a car drive from Dublin, there you find Kilkenny in the southeast of Ireland. The Georgian architecture, the charm of ancient times and the narrow streets are all unique characteristics of this beautiful Irish town.

If you cannot drive, then it’s okay. You can get a bus or a train ticket from Dublin to Kilkenny. Visitors usually go see the Gothic-styled St-Mary’s Cathedral which was initially designed by William Deane Butler.

During your short tour, you could enjoy a cup of Irish tea, cakes, coffee or even a snack in a tea room in the cathedral. How Amazing! Right?

Kilkenny is named as the 9th friendliest site worldwide for people there are quite nice, friendly and kind to whoever comes and visits them. The fact that they socialize a lot makes them the happiest people in Ireland. 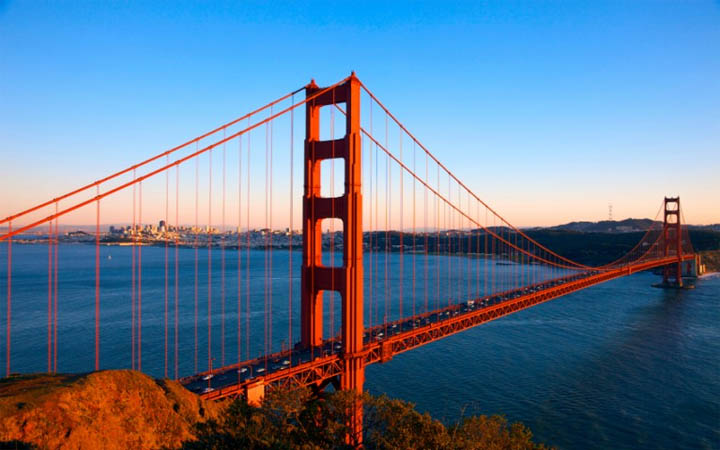 It is among the best known American cities. The gorgeous neighborhoods, the golden sandy beaches, the parks, and museums are the primary tourist attractions in the city. Not to mention it hosts the largest Chinatown in North America.

Exciting! The most famous site in San Francisco is the Golden Gate Bridge which is also the most photographed and filmed spot in many Hollywood movies. Cable cars in the city can take on unforgettable tours to different places, as they were first used in 1873 to assist the locals in their daily activities through the city’shills.

The Chinatown it includes got demolished in the 1906-earthquake but was rebuilt once again to be more attractive. San Francisco is by default the fun and entertainment city in the US. The solo-traveler-kind of people seem to like this place.

Regardless of the fact that these cities are the happiest ones on the face of the earth, they still suffer from several problems on their own. There are always questions regarding living costs, remoteness, and safety that arise, but they are at least worth it to visit. So, give it a try!