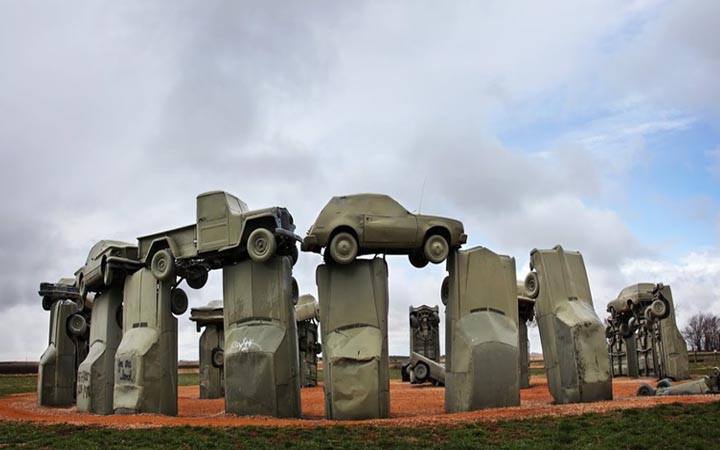 Traveling somewhere new is always exciting, but sometimes, we feel the need to discover something new that we have never heard of before or not seen hundreds of times on the internet.

Once I was booking a ticket to visit France, and everyone was telling me to visit the Eiffel Tour. My first thought was: why? We see the Tour everywhere, all my Facebook friends who have been to France have that picture on their profile.

So, why create the same experience as others? If you are anything like me, you would always like to explore places that are weird, different, and unique. This thought got me thinking about the unique places and amazing sights that we rarely hear about, so I started searching and what I found was mind-blowing.

There are some destinations that truly should be on everyone’s travel bucket-list because they deserve to be visited at least once in our lifetime. 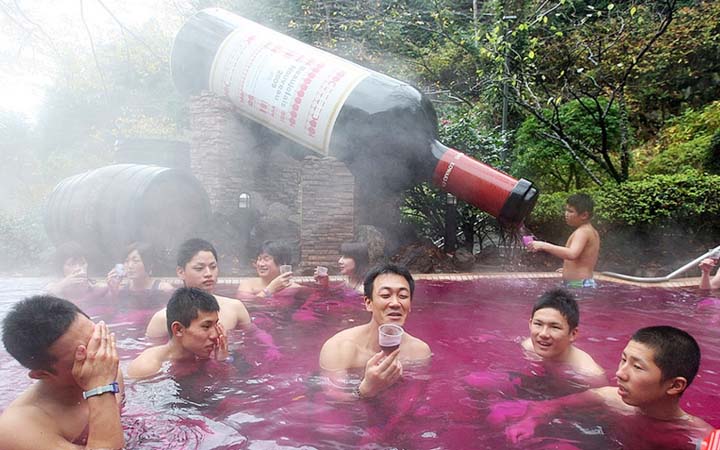 This place is perfect for all wine and Japan lovers. The Yunessun Spa Resort provides its guests the ability to swim in a huge bath that is filled with wine. It is known in Japan that wine baths are perfect for to rejuvenate and clear your skin.

So, you can take a dip while enjoying a glass or two of your favorite wine, even kids are welcome to swim there, but of course, they drink red juice instead.

In addition to that, visitors can also take a coffee bath and soak themselves in curry or chocolate. This spa is truly providing us with a great way to enjoy our “relaxing” time. 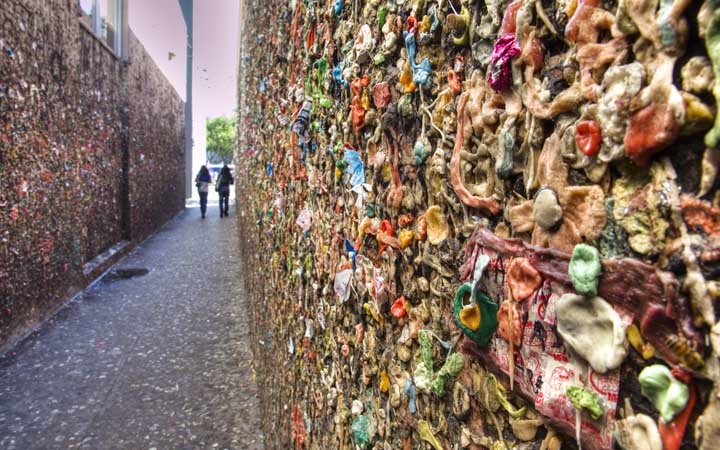 Since 1960, they created an alley in San Luis Obispo that somehow turned out to be the alley of chewed gum, and honestly, it presents a real piece of art. This alley is made of 15 feet high walls that are completely covered with colorful bubble gums that have been used by tourists from all over the world.

Some people got even more creative and started to draw symbols and quotes like “Life is beautiful” and the Peace symbol. This alley is unique and should be visited, but make sure to close your nose because the odor is not as satisfying as the view. 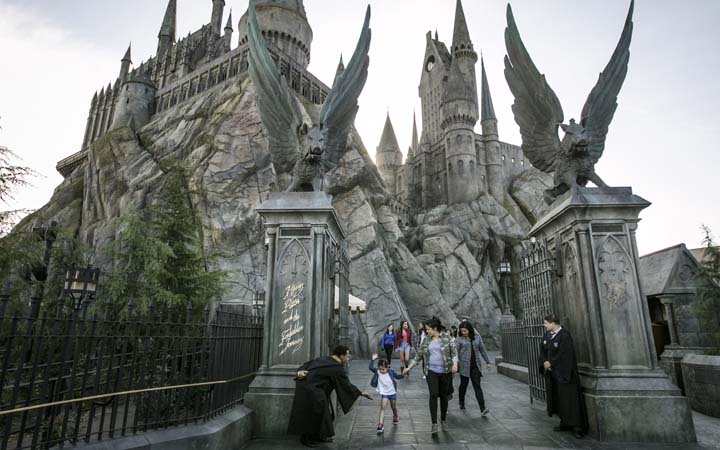 With the assistance of artists and designers who created all the magic on the movies’ set, and with the guidance of J.K. Rowling, this park looks unbelievably real. It is located at the Universal Orlando Resort in Orlando, Florida.

They have made this place so amazing that each detail will impress you. You will literally feel that you are in Hogwarts. Just make sure to have the whole day because it will take you hours to visit each place.

However, you don’t need to be a fan of Harry Potter to visit this park because it is truly mind-blowing. 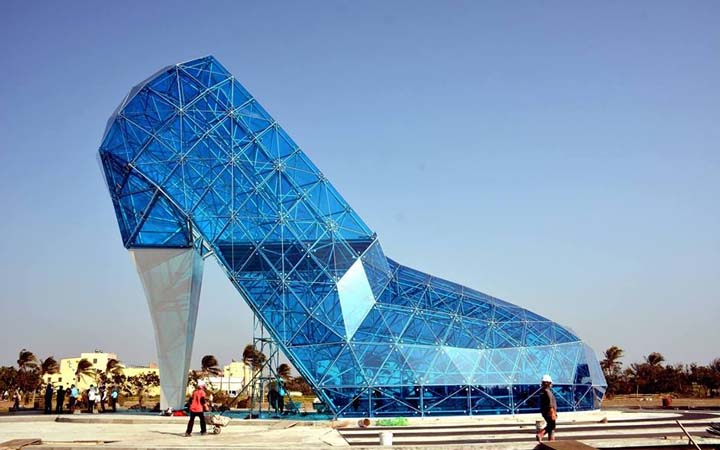 Inspired by the fairy tale of Cinderella and her glass slipper, the architects created the coolest church ever and it is dedicated to marriages, it is in the shape of an oversized glass shoe with 55 feet in its height and over 300 pieces of blue-tinted glass.

This amazing church received the Guinness World Records certification in 2016 as the world’s largest high-heel-shoe shaped structure, which is the same year it was officially opened. So in case you want to see it yourself, book a flight to Taiwan and head to Budai Township, Chiayi County. 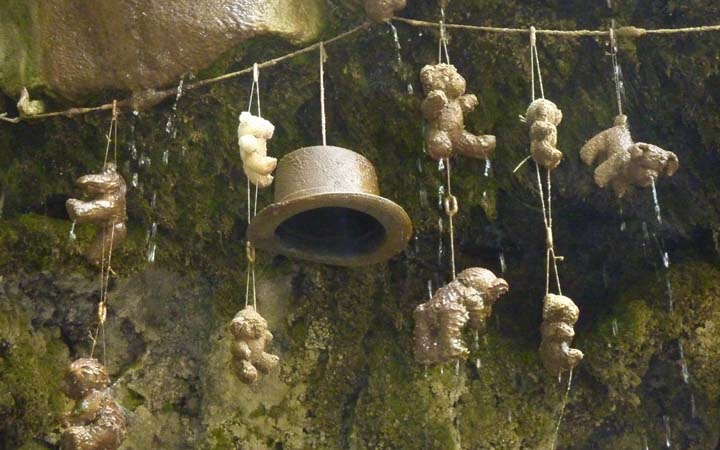 Are you interested to see how nature is capable to change the surface of items? Then you should visit the Mother Shipton’s Cave at Knaresborough, North Yorkshire in England.

This natural petrifying well is not magical or anything, it only has an unusual quantity of minerals that evaporate covering the surface of items and turn them into a stone.

This well is the oldest tourist attraction in England since 1630 to be more specific. Before modern science, everyone believed that Mother Shipton is a witch and an oracle, predicting doomsday, disasters, and horrors that were to befall on the whole town.

Luckily, the truth has been revealed and now we can visit it safely without the fear of getting “cursed”. 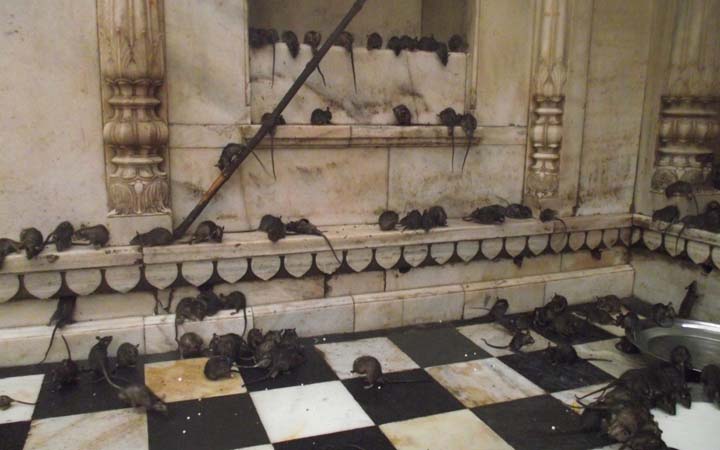 To handle this temple, you must be capable to handle rats. It is inhabited by more than 20,000 rats because they are considered to be holy, so local people and tourists call them “kabbas” and worship them.

In case you want to visit this temple, you must take off your shoes, and then eat something that one of the rats already nibbled on. That way you may consider yourself blessed. 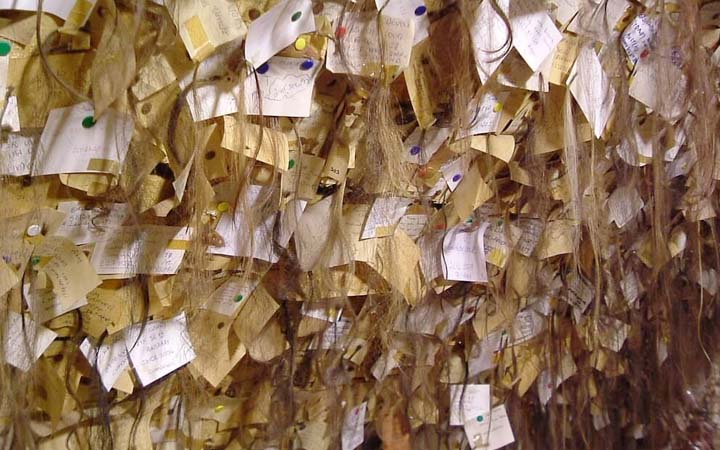 This Museum had a sad story behind it that happened back in 1979. A local potter had to be apart with his girlfriend, so he asked her for something to remember her by, and she gave him a lock of her hair.

So he put it on the wall of his pottery shop and visitors were very interested to know the story, especially women who were astonished by his sadness. So they began to leave locks of their hair, too.

When the wall started to be filled with women’s locks of hair, Galip decided to open the museum. Since then, that cave collected over 16,000 strands of hair. 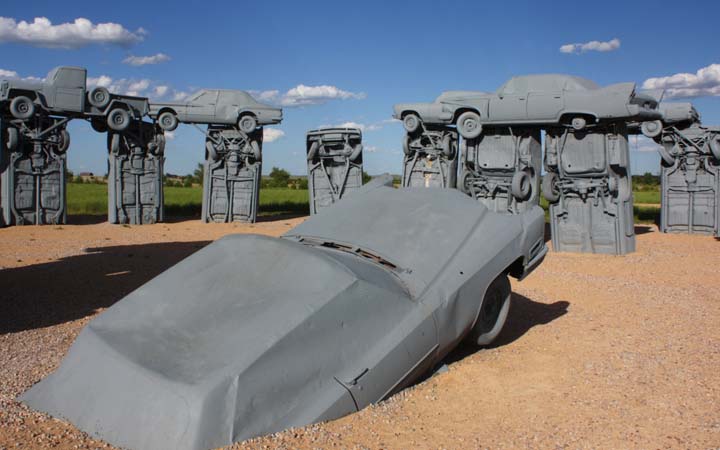 The Carhenge in Nebraska is technically the American version of Stonehenge. It is located near the city of Alliance, and it was created with 38 vintage American cars. They were all painted gray and arranged in a circle.

Jim Reinders is the architect who created this masterpiece and he dedicated it to the June 1987 Summer Solstice. When you visit this place, you will not only see the Carhenge, you will also find other artworks made of old cars that are right beside the Carhenge. These cars are painted with many colors and symbols. 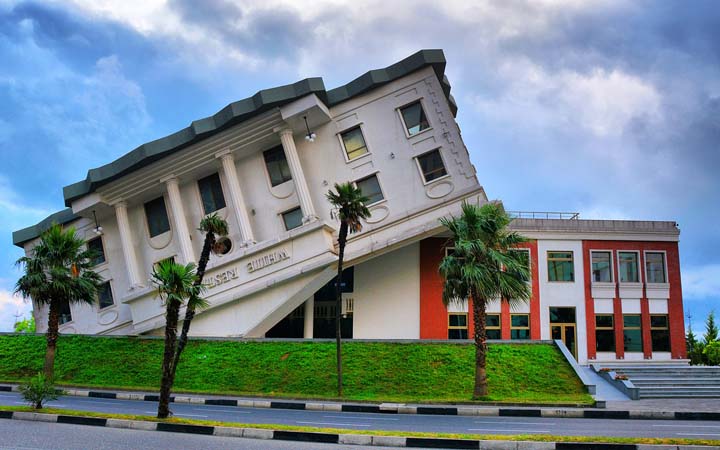 What’s the only place that can combine both utility and pleasure? A restaurant! That’s exactly what architects believed so they created the first ever upside-down building.

The best part about this place is that the architecture is not the only thing that will amaze you, it is also the delicious cuisine that you won’t be able to get enough of!

Now, there are many buildings that are upside down but serve different purposes like museums, libraries, etc. People say that when someone gets really drunk, the building turns back to its place for them, perhaps that’s something we should all try once. 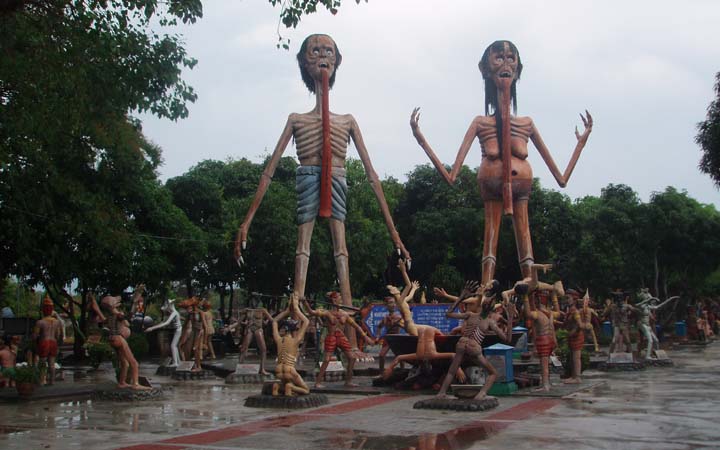 Have you ever wondered what hell would really look like? If you said yes then this place is for you. The Thailand Hell Horror Park, also known as The Monastery Garden is technically picturing depicts scenes from the Buddhist interpretation of hell.

The second you enter this place, you will find a sign that says “Welcome to Hell!” followed by a Buddha status watching the gates of “hell”. After witnessing a few peaceful remarks, you will start seeing life-sized statues of men being tortured and getting their head cut off and replaced with animal heads.

Each one represents a specific sin they have committed. For example, those who had their heads replaced with a cow sinned with the habit of selling and consuming drugs.

This place may very scary and disturbing, especially for kids! But if you have enough courage, don’t hesitate to visit because it will give you a new perspective on other people beliefs that may change yours forever.