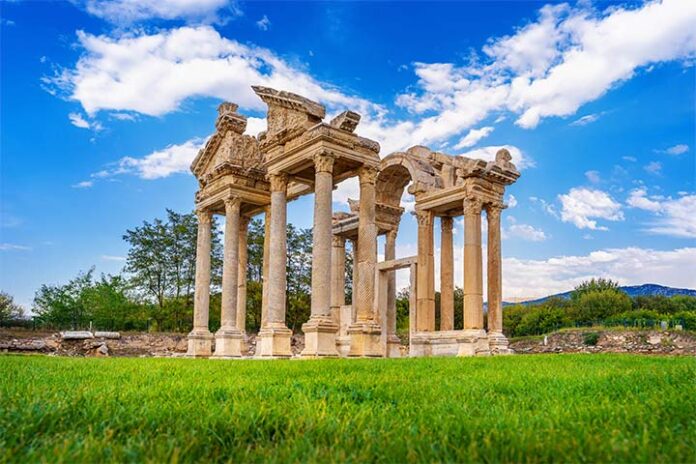 Mysteries are always thrilling to unravel, and the world is filled with many of them that we still discover every day. Throughout history, civilizations have come and gone, and the once magnificent ancient cities or buildings become ruins or without a trace. While we could still visit some ancient ruins that provide us with a glimpse into how life was like in ancient times, others were lost forever, buried under structures that have collapsed over history from natural phenomena or disaster.  Still, do you want to travel back in time? Read this list of 5 historic places you were never meant to see in your lifetime!

Thonis was a prosperous Egyptian port city in the first century BCE that fell into the sea and was lost, buried in mud for 1,200 years. Why did this city sink? According to French underwater archaeologist Dr. Franck Goddio, an earthquake in the region might have caused the city to sink. Historians have discovered remains and artifacts underwater, including a temple, gold coins, ships, inscriptions, and a large monumental statue.

Pompeii is one of the most famous and intriguing ancient cities that met a tragic end. The Italian city was buried in ash when Mount Vesuvius erupted in 79 AD.  This is also a city that is frozen in time, providing us with a look into Roman life. The ash preserved the city entirely, including excavated ruins of streets and houses and bodies of more than 100 people.

Like Pompeii in Italy, Akrotiri was a wealthy ancient Greek city that we lost to a volcanic eruption known as the Minoan eruption or the “Bronze Age Eruption.” The bronze age city now lies beneath the Greek island of Santorini, a big tourist attraction today. The elaborate and sophisticated buildings from that ancient time are striking, especially the drainage system, which gives an idea about some of the first advanced indoor lavatories of prehistoric time. Artifacts of Akrotiri are now at the Museum of Prehistoric Thera after their rediscovery in 1867.