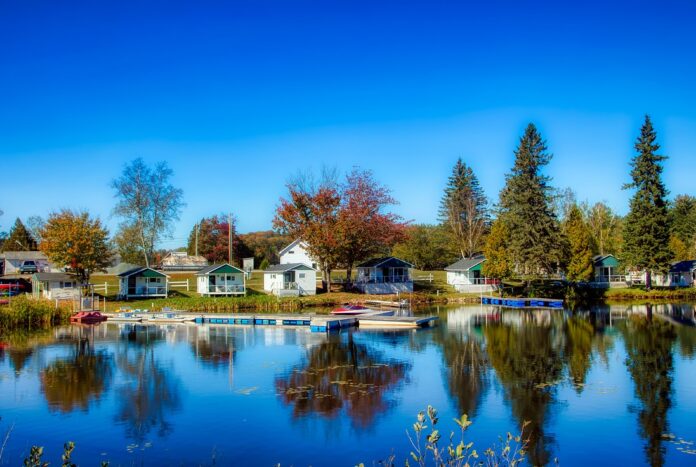 This might sound weird if you have never heard of such a thing, but many cities worldwide offer great financial benefits for people to move there. As they are known, these relocation programs aim to make a specific city more attractive to young people who are starting their careers. Local government entities hope that these young people’s settlement will make the city develop faster and encourage new investment in the area.
In the United States of America, due to the increase in house prices (and rent) and in the overall cost of living in major cities, young graduates often look for opportunities in cheaper regions. Henceforth, it is expected that these relocations will become increasingly common due to the growing popularity of remote work – relocation programs will accelerate this process.
Here are six great U.S. destinations that will pay you to move there:

Speaking of remote workers, Vermont has an annual program called the Remote Worker Grant Program. In other words, the state offers up to ,000 over two years to cover all your relocation expenses, which also includes computer and software hardware and broadband access. Being the second least populated state (only behind Wyoming) with an aging workforce, these benefits are essential to attract young workers.

Alaska might be a great travel destination, but when you’re thinking about moving to another state to start your life, you probably won’t even consider it. It’s cold, very far from the other U.S. states, has a small economy, and it’s the most sparsely populated state. The state government knows this, so they implemented a series of grant programs and tax incentives to make Alaska more attractive. Besides not paying state income tax nor sale tax, permanent residents also receive about ,600 each year through the Permanent Fund Dividend.

Reasons to live in Alaska:
It is absolutely beautiful
Real estate is very cheap
The seafood is amazing
You can see the Northern Lights

Student debt is one of the biggest problems for young Americans. It’s not easy to start a life when you have a debt worth tens of thousands of dollars pulling you back. With that in mind, The state of Maine decided to offer a tax break that aims to reduce the burden of student loans. At first, this program called Educational Opportunity Tax Credit was exclusive to young inhabitants of the state. In 2016 it was expanded and now is available for college and university graduates from anywhere in the United States. Under this program, young workers can deduct the amount they paid in student loans from their state income tax bill.

Reasons to live in Main:
Low cost of living
An extensive and gorgeous coastline
High quality of life
It’s incredibly beautiful during the Fall
Great food and amazing restaurants

The city of Tulsa offers an incentive program to remote workers very similar to the one available in the state of Vermont. So, if you are a remote worker, you can move to Tulsa and receive a ,000 relocation bonus plus an additional ,00 housing stipend over one year. Additionally, remote workers also receive a free membership to a co-working space in the city. It’s a great way to bring high-income workers to Tulsa and boost the local economy – and it has been a huge success.

Reasons to live in Tulsa, Oklahoma:
Even though it is a big city, it has a sense of community;
Low cost of living;
It’s a great city to raise a family;
Lots of opportunities;
You can hike on the Ozark Mountains
It has a great offer of cultural and sports activities;

Newton is a city located in Jasper County that deserves to be mentioned in this list because of its special housing incentives. The local government offers ,000 and a ,000 welcome bonus to new home buyers that seal the deal on a new single-family home worth 0,000 or more. And if you think that 0,000 can only buy you a small, old house on the outskirts of the city, you should know that the average price for a home in Newton is just over 0,000 – so you will probably find amazing houses for under 0,000. That’s a great incentive!

Reasons to live in Newton, Iowa:
Above average quality of life
Affordable real estate (which makes the program mentioned above even more appealing)
It is considered a safe city
It’s a nice place to raise a family

Chattanooga has also found a creative and effective method to encourage young people with high incomes to settle in the city. They created a Geek Move program that offers a ,000 forgivable mortgage and ,250 in relocation expenses to programmers, developers, and people who work in the I.T. area. Given the boom in information technologies and how much the current market depends on qualified people in this area, this strategy should make the city develop even faster. Besides, the state of Tennessee already has an extremely advanced high-speed Internet network, so this is a tech-friendly region.

Reasons to live in Chattanooga, Tennessee:
Affordable real estate (it is considered one of the best cities for young homebuyers)
Low cost of living
Tennessee is developing rapidly and becoming quite attractive due to its thriving economy
No state income tax
A lot of activities to do and places no visit
The name Chattanooga sounds really cool!