Airports are usually the annoying part of traveling – you need to get there earlier, waste time in lines, the food is usually overpriced, the place is huge but always crowded, sometimes being at an airport means you are saying goodbye to someone… Well, the list could go on.

But like every coin, the “airport coin” also has another side. And if you have probably seen lists about the most beautiful airports in the world, hearing about weird but amazing airport attractions is probably new to you – but they exist, and they exist because some airports want to provide people with unforgettable experiences that will be the exact opposite of what they would expect at an airport.

So, at the top of the list of tips for surviving airports, we have this one – on your next flight ticket booking, consider landing at one of the seven airports we are about to recommend you. 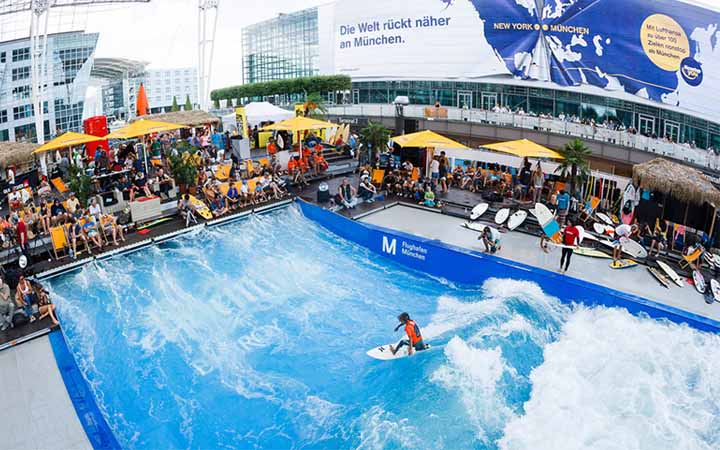 If you are looking for travel deals and you see a cheap flight to Munich, take it! (Don’t do it too spontaneously though, because you might have to deal with non-refundable airline ticket rules if you buy a ticket just because it’s cheap and end up not being able to go).

The airport in Munich is one of those places you will want time to explore. And you are probably thinking we are crazy, because how do you surf at an airport, right?

Well, there is a 33-foot indoor pool with waves that hosts the Surf & Style Championship where surfers from all over the globe come to participate since 2012. And you might not go to Germany while the championship is happening, but you can always go and catch a wave yourself – and for free!

There is also the German skateboarding championship – you can rent equipment at the airport, since it’s cheap, and take part in skateboarding sessions. Airline ticket insurance won’t pay for any damages, so make sure you are in shape when getting yourself into these extreme sporting activities.