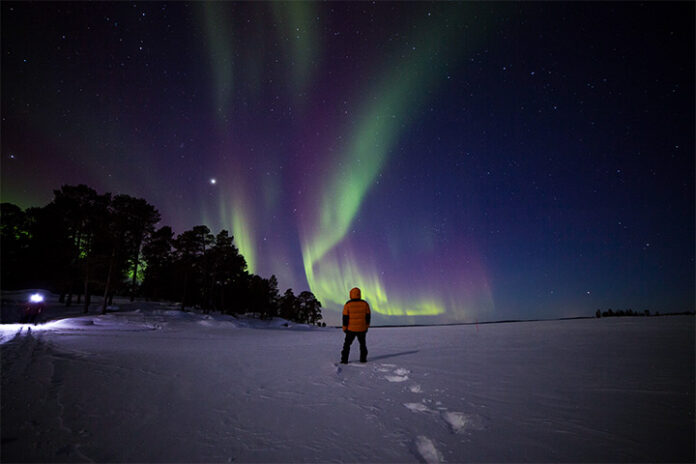 Have you ever been in the presence of natural phenomena? When you are in the presence of something that is beyond the human’s wildest imagination is when you realize that Mother Nature is absolutely magical. Nature is very unpredictable and mysterious, and it hasn’t failed to leave us open-mouthed at its greatest displays. So, since our planet is this amazing, why not take time to book a flight and look up how to book a hotel room in the most incredible place in the world, then fly where will be fascinated forever? Let’s take a look at the 7 unbelievable natural phenomena and start rewriting our travel bucket-list.

Imagine looking at the sky and seeing green, blue, violet, or red lights that are absolutely unique and breathtaking! Those are called Aurora borealis and aurora australis, which is the name of the Roman Goddess of Dawn. These natural phenomena happen charged particles (electrons and protons) collide with the atmosphere of Earth. The electrical and magnetic forces react with each other and start looking like curtains of colors dancing across the sky. If you want to witness the Northern lights, there are highly visible at night from late August to early April.

In the southwestern marshlands of Denmark, every day around sunset, up to one million birds flock to the skies to the point it blocks the sun. Hence the name, “Sort Sol” which means the Black Sun. This is one of the most unique natural phenomena that scientists still can’t find answers to. This magic happens during the months of March and April, which is the best time to travel to Denmark!

When there is a lightning storm, you would rather be nowhere but your home where you guarantee your safety. But if you were in Venezuela, you wouldn’t want to go inside because it would be absolutely gorgeous. Sure, it’s a little scary but you can’t deny the magic of seeing the results of a triggered electric activity during a storm. The most intense lightning storm happened in LA on July 9, 1999, where it lasted for hours. But the highest rate of natural phenomena has occurred in Venezuela with 232 lightenings per year.

It might look like a rainbow, but it’s actually more special and rare. The natural phenomenon is caused by the reflection of moonlight, which is why it’s called a Moonbow. Isn’t that precious? These natural phenomena would appear anywhere close to waterfalls, like in California’s Yosemite National Park. There is a chance to catch a moonbow near Kentucky, Corbin, or Victoria Falls.

One of the least inhabited places on the places is California’s Death Valley, which explains the name. It’s also the place where you can witness one of the weirdest natural phenomena, and it’s the sailing stones. Basically, there are huge rocks that move, leaving a trace behind them. Geologists say the erosional forces lead the stones to tumble to the Recetrack’s surface, so they move across it, leaving trails behind. Some of these stones have traveled as far as 1,500ft, despite their large size.

Can you imagine walking down the street on a winter day, and suddenly, red drops of water start raining down on you? You don’t have to freak out or lose your mind thinking that it’s the end of the world. Instead, realize that you are witnessing one of the greatest natural phenomena, and it’s Blood Rain! India is where this phenomenon mostly occurs, and as expected, it has caused many people to believe all kinds of legends about it. But according to scientists, blood rain is caused by the presence of red algae and spores in the air coming from the ocean.

Have you ever seen huge waves rising from a river? Those calm water streams are known to be calm, relaxing, and well, waveless! But in February and March during the full moon, you will actually find waves up to 13 feet high in the Amazon river. Like any other natural phenomena, some people (mostly natives) are terrified when Pororoca starts happening, while surfers wait for it all year long to jump on their boards and get to experience it fully. So if you are still wondering where to travel to next, there is no better place than Brazil where the sun gives you gorgeous tan and a river with waves you have never seen before!