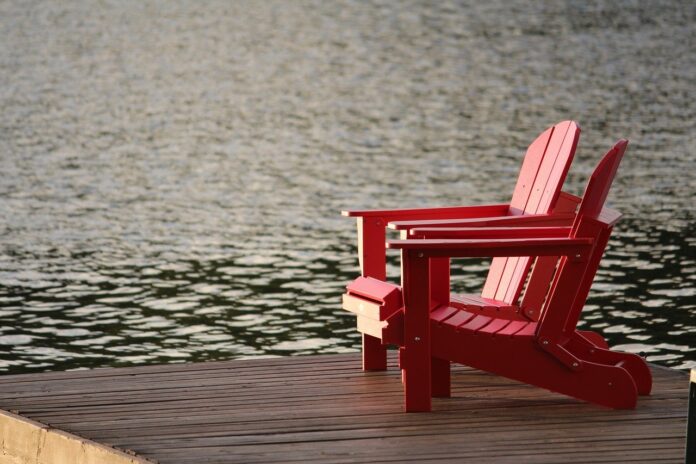 Some of the perks of being a retired man or woman in your sixties is finally getting to detoxify your body and mind from years’ worth of work stress by pursuing some of the passions that you didn’t have the chance to follow at a younger age, like traveling the world, going on volunteer trips, or moving to your dream city or town.

If moving to a new city is in your retirement checklist, you need to consider things like safety, cost of living, healthcare, availability of recreational facilities, and everything that contributes to a good quality of life before moving to the city.

While some cities give you everything you could wish for as a retiree, others offer little to no peace of mind!

The following cities are considered some of the “worst” places to retire in for reasons related to healthcare quality, crime rate, affordability, and entertainment facilities that seniors can enjoy, etc.

Detroit—home to 10% of 65-year-olds and older—is positively the worst city to retire in, if you’re looking for safety and a good quality of life.

But that is not the only reason why it’s a bad option for retirees; it is also due to health care disparities, high property taxes, high poverty and suicide rates, traffic congestion and other factors that make it the most stressed out city in the US, according to a study by WalletHub.

Although Detroit receives positive views by visitors in sites like TripAdvisor thanks to some of its cultural sites like the Detroit Historical Museum, theaters, bars and restaurants, it is often listed among the least desirable cities for retirees in several reports.

Although the rate of seniors in Stockton is not too low, many factors make the city one of the worst places to retire in.

According to Data USA, Stockton scores badly on the quality of life and health care index—166 and 174 respectively—poverty rate (17.7%), affordability, and recreational activities.

Moreover, Stockton has one of the highest tax rates (9.3% compared to the average 7.3%), and the highest crime rates in the United States, as 52 per 1,000 residents get robbed, murdered, and raped annually.

The rates of property taxes and poverty in Baltimore are considered some of the highest in the state of Maryland, whereas the quality of health care services is one of the lowest, ranking Baltimore 163rd on the scale of US health care quality.

However, despite the alarming statistics, Baltimore is admittedly a city that offers plenty of relaxing indoor and outdoor activities.

The bustling city of New York with 20.106 million residents (16 percent of whom are seniors) as of 2020, is generally is one of the least desirable cities for retirees who want to spend their golden days peacefully.

Although the city offers a plethora of attractions— 26,642 restaurants, almost 2000 parks, and 100 museums, etc— its expensive cost of living and high tax rates that may decrease your quality of life during your senior years.

What can, however, redeem this characteristic is the quality of healthcare.

Some of the best hospitals in the United States, including the Presbyterian Hospital, the NYU Langone Orthopedic Center, and the Memorial Sloan Kettering Cancer Center, are in NYC, making its health care system the largest in the US.

We saved the best for last, so check out the five best cities to retire:

The cherry on top is that Fort Myers is known for its slow-paced Is there any place that’s vibrant and relaxed at the same time? There is Fort Myers.

The first characteristic that makes Fort Myers the best among cities to retire in is the fact that it’s one of the safest cities in the state of Florida.

Fort Myers, home to 14,030 seniors, is also known to be safer than 6% of the cities in the united states.

and relaxed atmosphere, illustrious museums, golf hotels, and various family-friendly restaurants where you can enjoy a dinner date with your partner once and again. And, let’s not forget that Florida is one of the states with no income tax!

Second only to Fort Myers, Coral Springs is one of the most recommended cities for retirees who want to live in an idyllic, mid-sized city with and plenty of enjoyable things to do, thanks to its 50 parks, beautiful beaches, Coral Spring Museums of Arts, Fern Forest Nature Center, etc.

10% of residents in Coral Springs are aged above 65 and benefit from decent health care facilities and 81 assisted living facilities.

Moreover, Coral Springs is a safe place to live for the elderly and youngsters alike, given that the chances of violent crimes are 1 in 512. The chances of being attacked or assaulted get especially lower if you don’t stay out too late at night!

With a senior population of 75,602 people as of 2019, beautiful natural sceneries, plentiful stores, coffee houses, bicycle paths, and generally relaxed and environment-friendly residents, Portland is a highly desirable place for retirees.

Portland is also one of the safest places in the US, according to the National Council for Home Safety and Security, and is the fourth-best health care city in the country — all the more reason to live in Portland.

One of the top reasons to retire in the seaport city of Miami include: plentiful entertainment artistic sites, breathtaking sandy beaches with turquoise waters, pleasant climate throughout seasons (except for summer!), and countless of recreational, cultural, and historical sites.

The only flaw is that the crime rate in Miami is not as low as that of Portland or Coral Springs, as the chances of becoming a victim of robbery or assault stand at 48 per 1,000 residents.

As for healthcare, Miami generally has excellent healthcare facilities such as the Jackson Memorial Hospital and the Baptist Hospital of Miami.

Those were the best cities that you can spend your days in as a retiree, so take a pick and avoid places with high taxes and crime rate!