There are places on the planet that, despite being beautiful destinations, were used as areas for nuclear testing or were the scenes of accidents involving radioactivity that still represent a public hazard due to their effects.

However, even knowing this reality and despite being counterintuitive, there are places that are beautiful travel destinations for the more adventurous travelers. Here is the list of the 7 stunning but radioactive places that tourists still visit.

Talking about Chernobyl is to remember one of the greatest nuclear tragedies in history. It all happened in 1986 at the nuclear power station in the city of Pripyat, Ukraine.

The explosion involving nuclear reactors killed dozens of people and forced the evacuation of thousand others from the site. In these situations, radiation cannot be contained (even though it has been declared as an exclusion zone) and millions of people have been hit by it and suffered the effects of radioactivity.

However, one of the things your airline won’t tell you is that it is possible for tourists to visit the Chernobyl exclusion zone for sightseeing. You can enter for 5 minutes in the Reactor 4 control room, where all power plant decisions were made, but you must be properly dressed.

Radiation levels in the control room are 40,000 times higher than normal, which is why visitors should wear protective clothing and industrial boots.

Chernobyl is currently an official tourist attraction of Ukraine that attracts thousands of tourists. Daily excursions to the affected area cost approximately $ 100 and there is an increasing demand for them.

This is one of the most recent nuclear disasters and perhaps one of the most terrible ones. In March 2011, a 9.0 Richter earthquake affected the east coast of Japan and the damage was irreparable at the Fukushima nuclear power plant.

The tsunami left a huge trail of destruction and caused thousands of deaths in the region. The Fukushima nuclear power station was poised to face a wave up to six meters high, but could do nothing against a 14-meter wall of water that burst into the earth and destroyed its reactors, spreading radioactivity to millions of square meters.

Probably your online travel agent does not recommend this travel for you (certainly it is not part of their travel packages), but the truth is that there is a huge curiosity and willingness to visit the site, as tourists are eager to know one of the darkest places in the history of mankind.

The Polygon is located in the Semipalatinsk city of Kazakhstan and served as the Soviet Union’s Red Army nuclear testing center. There were about 600 nuclear explosions there, which is why the city holds the record for the largest concentration of nuclear explosions in the world.

Currently, it is estimated that 200,000 people still suffer from the effects of radiation, but this does not prevent tourists from visiting and taking pictures of the site.

The Mary Kathleen uranium mine in Queensland, Australia, was opened in the 1950s and operated until 1963. After a period of inactivity it reopened in 1974 and supplied several foreign energy companies until 1982 when the mine became dry.

Since then, and due to the release of various chemicals in the water, the well that serves the area has turned bright and vibrantly blue water, which attracts tourists from all over the world, many of whom are there to take the perfect photos to post on social media networks.

If you want to go shopping in the area, the visa is the best travel credit card that you should use (the credit card payment is the safe way not to be stolen).

Radiation levels on the site are still high, but a quick visit to take selfies and to be in one of Australia’s most beautiful places does not cause any real radiological damage.

This town has a very rich history, as it was the site where explosives were produced in World War II, nuclear weapons in the Cold War, among other weapons.

After that, uranium piles, radio, TNT, asbestos, among others were left behind and the solution was to store all these radioactive and chemical wastes on a large artificial hill – the Weldon Spring Site Remedial Action Project Disposal Cel, also referred to as the “Nuclear Waste Adventure Trail.”

Book hotel stay for this region because this place is today a tourist attraction where tourists can walk to the top of the hill – It offers an extraordinary and panoramic view of the surrounding areas. The top is also very popular for astronomers who go there at night to watch the stars.

In the mornings, you can see bird watchers on the top of the hill. It is undoubtedly an unbelievable experience for tourists.

In the 1950s and 1960s, the British government conducted some nuclear tests in Maralinga, Australia. Since then, attempts have been made to clean up the site of the explosions, resulting in the removal and burial of thousands of cubic meters of radioactive soil (including the vehicles that were used for transporting the materials).

Nowadays, the place can be visited by tourists as there are excursions (there are no business class seats amenities) to the site showing an abandoned military village, the airfield and the marks of the places where the detonations were held, among other attractions. It’s like being in a real combat situation. 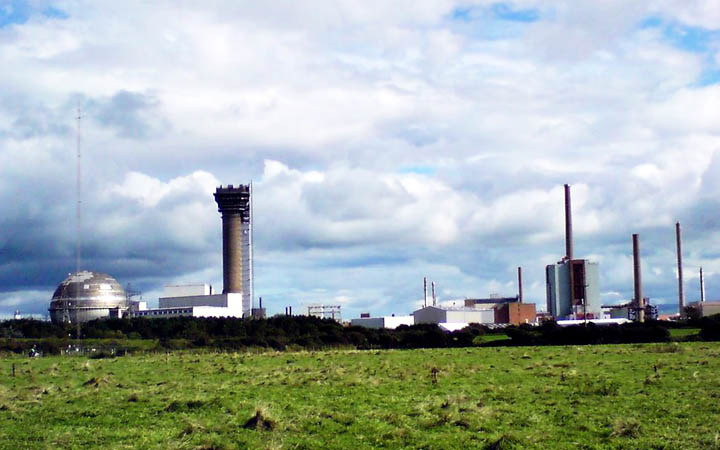 Sellafield, also known as Windscale, is well known for its nuclear power station. It is located off the coast of the Irish Sea in Cumbria, England, and had the world’s first nuclear reactor to power the general public. However, in 1957, a reactor fire caused a fatal nuclear accident, the worst nuclear disaster in UK history.

Nowadays, it is a kind of place of worship for tourists seeking mythical places or emblematic places that, in a way, marked an eventful historical period of British culture.

One of the golden rules for travel is that you should do good research on your travel destination before you get there. You must visit a travel agency to help you deal with airfares.
have you ever asked yourself ”what’s the use of travel agencies?!” Travel agencies are partners that prepare your trip from the start:

They help you deal with the flight ticket booking and even the last minute travel (they teach you how to get a flight refund – and the flight delay compensation you should have, how to get a refund on flight tickets, frequent-flyer award tickets you may be entitled to, and how to get money back on non-refundable flights).