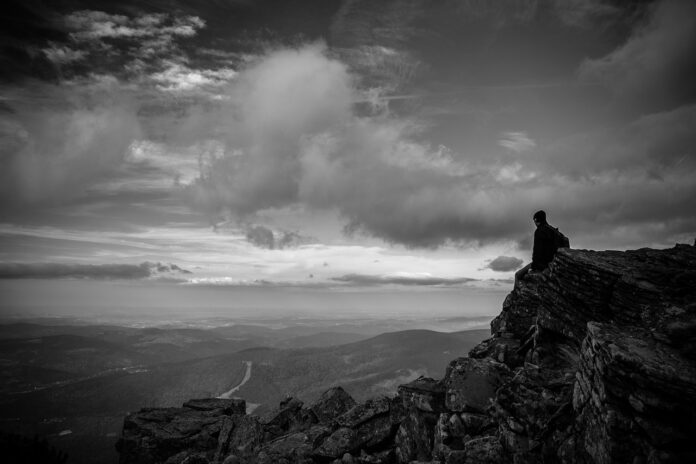 Humans were born with this strong urge to go where danger exists as if our only way to feel alive is when the adrenaline is kicking within our vessels… It is true! The word “travel” means different things from one person to another; some consider it as a way to go somewhere new where they can relax and sit by the pool all day, and others prefer to spend it exploring new cultures. However, there is a percentage that enjoys living their lives on the edge, so their travel plans are filled with dangerous activities in dangerous locations, and since you are reading this article, we assume you belong to the last category! There are many destinations in the world that we should truly visit because they are extremely different and unique, yet, they are very dangerous, especially for the unaware traveler. Danger can be categorized as wars, street violence, weather condition, wildlife, and more, in any case, if you don’t want your travel plans to include an umbrella drink in your hand and toes in the sand, then here are some destinations where you can smell danger up close… we advise you to never go there, though!

If there is a short list of the most beautiful destinations on earth, then Brazil will definitely belong to it, but unfortunately, it is one of the most dangerous to visit due to the epic crime rate. According to the Department of State, the murder rate in Brazil is 4 times higher than the United States. That’s not all, murder is considered as the tip of the iceberg because Brazil is known with robberies, rapes, and kidnaps. Plus, there is a new kind of crimes that are called quicknappings, which means abducting someone for a short amount of time to get a quick payoff, like from the car to the ATM machine. In general, Brazil is extremely dangerous for touring, and if you want to risk your life, then be as careful as possible.

If you want beautiful beaches and breathtaking views of rugged mountains, then Venezuela should be on your list. But the dangers this country holds would inspire all travelers to stay as far as possible, especially with that increasing murder rate. Oh, and by the way, the majority of those murders go unsolved! This South American country experiences all kind of crimes like armed robbers, pickpockets, scammers, and hotel thieves. If you are wondering about the police, then you should understand that they rarely found, especially in areas where tourists hang out. In fact, crimes occur more at the airport.

Looking at the Mount Everest from afar could be one of the most breathtaking sights you would ever see in your life, but coming close to it would probably cost you your life. There are so many dangers that come along for the sake of seeing the mountain’s peak, and to be honest, even though it could be one of your greatest achievements, it is still not really worth losing your life for. The weather on Mount Everest is not appropriate for humans, and after climbing only the first base, you will probably find many frozen dead bodies. Even those who are considered as experienced climbers were shocked as they were still not prepared enough. On the other hand, Nepal, the hometown of the mountain, is also known for many types of crimes like pickpockets, robbery, and scams. The good news is the rates of these crimes are impressively decreasing, but you would still be at risk as you deal with Mother Nature.

Tourism in Russia has increased dramatically since the Cold War ended and the dissolution of the Soviet Union. St. Petersburg and Moscow, in particular, are the two destinations tourists prefer because of the unique Eastern culture and the striking architecture. However, both cities have problems when it comes to nonviolent crimes and they have been witnessing an increase in violent hate crimes. If you traveled to the southern states of the country, then you would put yourself at danger because of political unrest. The kidnappings and terrorist bombings are pretty common, the American tourists are not mainly targeted, but they could still be at risk.

One of the most popular tourist destinations in the content of Africa is Zimbabwe for many reasons, like the Victoria Falls on the Zambezi River where the smoke thunders! It is actually one of the world’s most breathtaking natural wonders. Sadly, Zimbabwe’s socio-political climate is unpredictable. It could all be fine, and before you know it, you will find yourself swept up in a genuine coup. Moreover, many locals still suffer from carjacking, armed robbery, quicknapping, and mugging, which could lead you to be a victim of one. Needless to say, the common tourist scams that would lead all taxi drivers to make an easy buck out of you.

A top vacation destination and what many people have in their travel bucket list, interesting Haiti. Again, it is not the perfect destination due to the fact that it is one of the poorest and least developed countries in the Western Hemisphere. According to the U.S. Department, there are no safe areas for tourists in Haiti. As soon as you step into the country, you would be at risk of being kidnapped, carjacked, armed robbery, or murdered. Yes, there are some gorgeous resorts in this country that would make you blind behold the dangers. Those resorts offer some of the Caribbean’s incredible natural settings, but do you really think it is worth it?

A developing country still, but Yemen offers many modern amenities in the resort areas along the southern coast. The reason why Yemen is dangerous is Al-Qaeda, as mentioned by the U.S. government. Al-Qaeda is an extremist organization that threatens the lives of foreigners. In 2008, there was a terrorist attack on the embassy of the United States and it resulted in the death of an American tourist. That wasn’t the last attack, and since then, the State Department always cautions tourists from many places in Yemen, especially where political demonstrations are located.

If you are a nature lover, then Kenya is probably in your travel bucket list already because you are aware that it is a natural wonder. But unfortunately, Kenya is one of Africa’s most crime-ridden countries because it is home to the majority of armed assailants, scam artists, and pickpockets. You could end up being a victim of a hotel room invasion, carjacking, rape, or kidnap. On the other hand, the political climate is also uneasy and there are always random terrorist attacks happening. So it is best to keep yourself safe as this country could be the last destination you’d ever visit.

Lebanon is a beautiful country that’s located in the Middle East, in fact, Beirut (the capital) used to be considered as the Paris of the Middle East with a coastline of the Mediterranean Sea. Recently, the war between Lebanon and Israel has escalated dangerously, and the U.S. State Department cautions travelers from visiting the country at all because Americans are somehow the target of many terrorist organizations. There are many militant organizations and Palestinian groups that operate in many parts of the country, which means the danger is surrounding you from unexpected areas in the country.

The largest coastline in Africa is located in Somalia, as well as food bargains, good hotels, and Almadow Mountains. But there is only one thing you will not find in this country: Tourists! The reason is the civil war and the uncontrollable drug and weapons trafficking that made Somalia one of the world’s most dangerous places, dirtying its reputation of what once was a beautiful destination. Since 1990 when the civil war started, the country was divided into dozen warring groups. If you ever considered visiting this country, you would need to have 10 armed guards to accompany you wherever you go. Oh, and also, the United States doesn’t operate an embassy in there, so basically you would be on your own.