Traveling is the best gift you can give yourself, and as any gift, you have to make sure that it is safe and won’t be the reason for your unhappiness. Before booking a flight to anywhere new, you must be very aware of all the dangers that may occur, during the night and the day.

However, there are some destinations that are very popular, yet, very dangerous because of some events that happened recently, which is why the key to a successful travel is to know what to expect and to make sure that you will come back home safe, sane, and happy.

Swipe through the pages to discover the most popular countries that are not as safe as you think, with some precautions to consider
ADVERTISEMENT 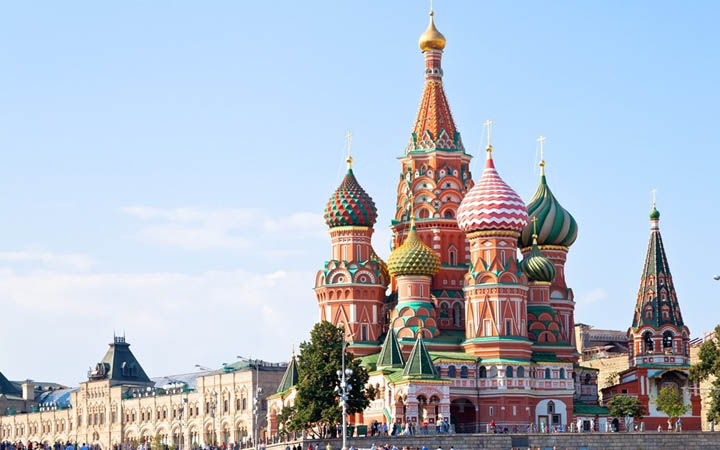 Moscow and St. Petersburg are the most popular destinations in Russia, especially with FIFA World Cup that is starting in a few weeks, the country will be filled with tourists and soccer fans. However, considering the strained relations between the USA and Russia, the caution must be taken.

When you travel there, try to avoid being involved in any protesting against the state. Also, don’t carry a large amount of money with you, it is best to use your credit card anyway.

Keep in mind that recently, Russia has been dealing with some gender and racial issues, so the best plan is to travel with a licensed tour guide and to stick to their plan.

Mexico’s reputation has been ruined within the last couple of years due to tourists going through scary situations with locals, and the drug gangs that are doing their “jobs” in many regions of the country. But, the most affected region by the violence in the west coast, especially Puerto Vallarta and Acapulco.

Don’t travel to these cities unless you know exactly where you are going. It is not safe to wander around with no plan or a clue about where you are. Try to stick with your tour guide because traveling solo or with a group is not the safest option at the moment. 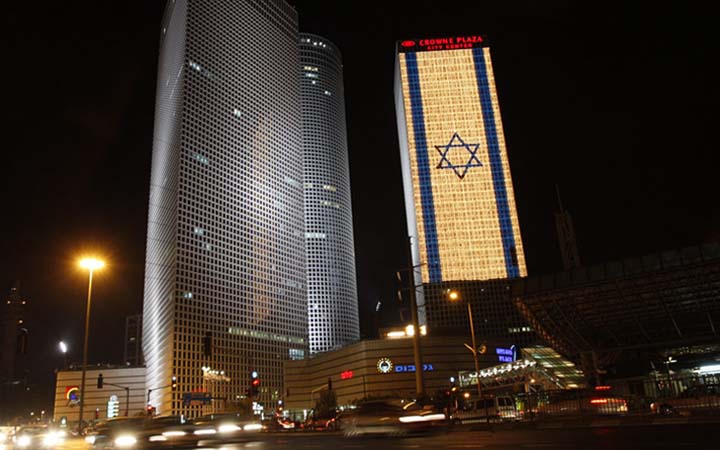 Tel Aviv has grown culturally becoming one of the most desirable destinations. This country has a little something for everyone, from gorgeous beaches to unbelievably epic nightlife.

Unfortunately, it is not safe in most of its regions, especially Haifa and Jerusalem because of terrorism and the rocket attacks from neighboring countries.

The safest way to explore beautiful Israel is by following tour guides and avoiding any region that is identified as a hot spot. You will be seeing a lot of heavily-armed military presence in some areas.

They are there to protect everyone, so don’t interact with them or try to take pictures of them or with them.

India has so much to offer to its tourists because it is the land of religious, cultural, and industrial diversity. But, with over a billion people in the country and the extreme poverty, there might be a few issues that tourists may face.

As long as you are in the streets, there is a high chance of you getting pick-pocketed or harassed. If you want to see many parts of the country, then you should hire a driver with a car. Luckily, it is not as expensive as you would think.

Moreover, try to keep your local currency with you while avoid walking around with your country’s money or any flashy jewelry. Be careful when you are eating and drinking water, especially the unboiled water, washed fruits, ice, and vegetables. 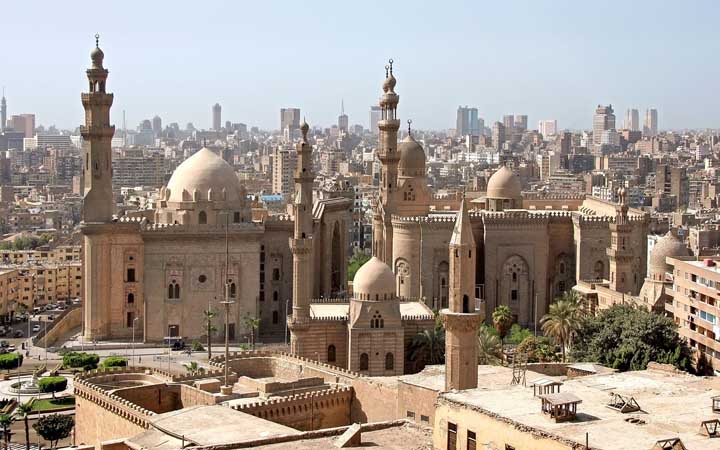 Many countries in the Middle East and North Africa suffered from a significant tourism drought due to the uprisings of the Arab Spring. Many countries like Canada, the USA, and the UK have issued strong travel advisories to their citizens. Of course, you can travel to Egypt, but you should take a lot of precautions.

If you ask anyone about their bucket list destinations, most of them will say the great pyramids of Giza, Alexandria, and Cairo because there is just too much amazing history in every and each corner, which is why having an expert tour guide is the best option. They will show you the most important sites while keeping you safe and comfortable.

Colombia has been struggling with decades of civil war between the government and armed groups like “FARC”, but it is still a popular destination for many travelers around the world, especially from North America.

There are many Americans who are familiar with the Spanish language, so they take advantage to visit other beautiful Spanish cities and towns.

There are many parts of Colombia that are safe and peaceful, but others are not providing enough safety for the tourists. Bogotá is the capital city, which makes it one of the biggest concerns. However, many tourists opt for Cali, Medellin, and Cartagena. 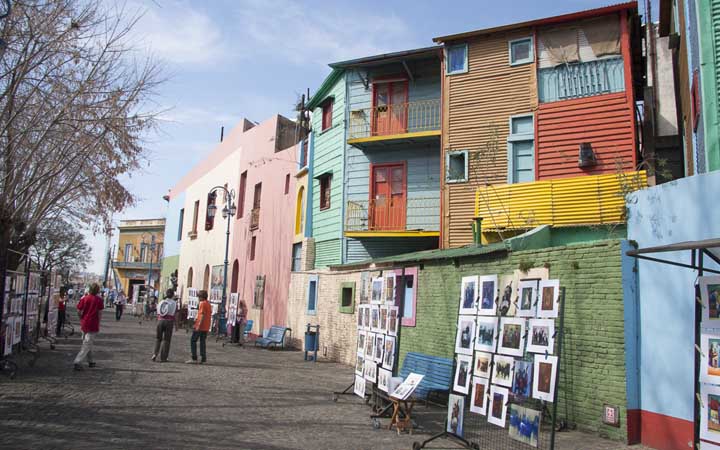 Jamaica is the Europeans, Canadians, and Americans’ favorite destination. The land of Bob Marley is gorgeous and has many beautiful beaches. If you stick to the resort and the organized tours, you will be having the greatest time.

The beach staff and tour operators are well-paid, which makes their best interest keeping tourists happy and safe.

The crimes that we mostly see in this country involve cash, property, and aggressive harassment to purchase local crafts. Also, LGBTQ+ members must be cautious because homophobia is widespread in Jamaica. 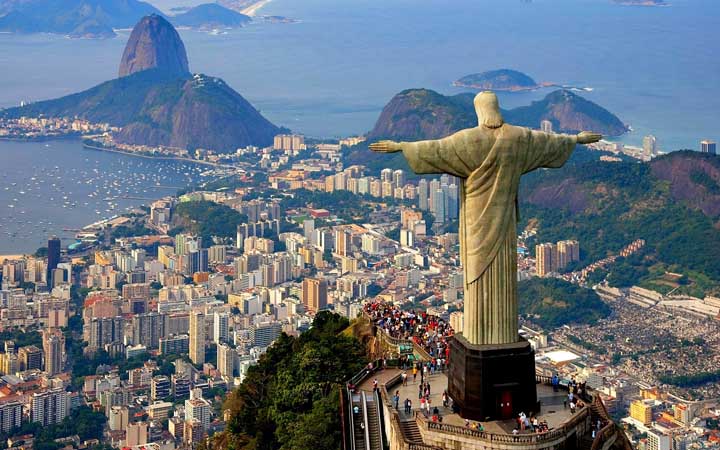 Brazil is known to be one of the most beautiful countries, which makes it very popular. But, Sao Paulo and Rio de Janeiro has the highest tourist-crime rates in the world.

Armed robbers and pickpockets are widespread in this country, so make sure to avoid bringing too much money and flashy items. Also, always leave your wallet or your purse close to you and not behind you.

Traveling to Brazil will have a special meaning if travelers were capable to wander around the Brazilian neighborhoods (favelas) to watch local culture in action, but it is extremely dangerous. You must be doing this with an organized group while leaving all your belongings safe in your hotel room.

Haiti and the Dominican Republic 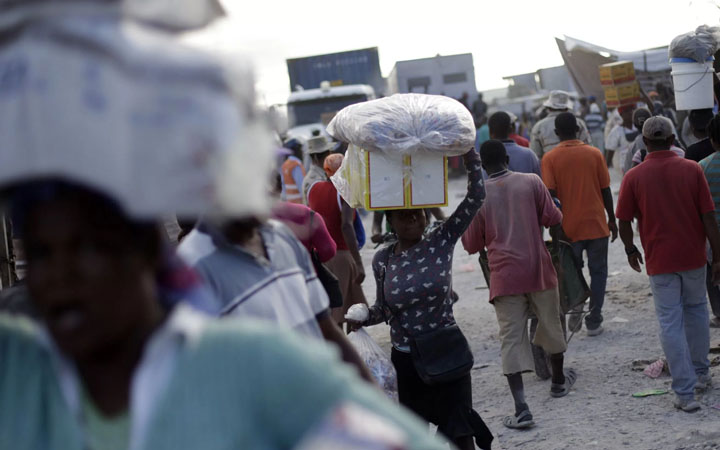 Maybe the Dominican Republic and Haiti don’t speak the same language, but they share one island in the Caribbean, which makes their socioeconomic differences very similar.

However, if you visited Labadee in Haiti with a cruise or booked a room in an all-inclusive resort on the Dominican Coast, then you will be as safe as a baby in his mother’s arms.

The second you will start venturing away from these protected areas, you will have to be a little worried and more cautions. Don’t wander off randomly, it is best if you pick a destination, ask a guide or someone from the resort staff about the safety of that area, and then visit it during the daytime.

The locals are very nice, especially if you speak with them in Spanish or French, but poverty is the main reason for all these crimes against tourists.