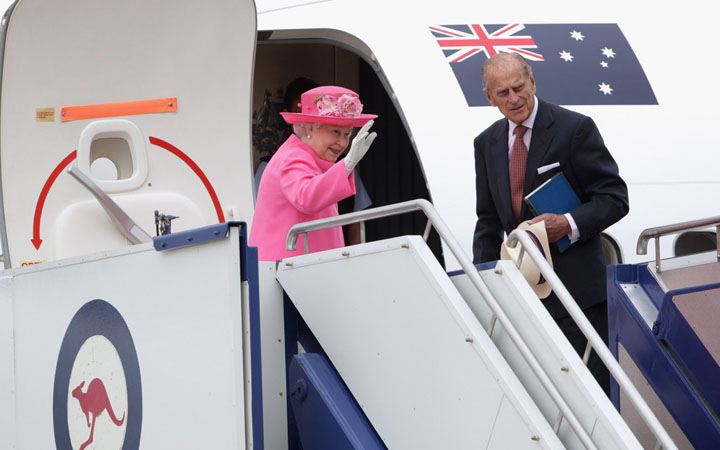 If you are one of those curious heads, then, surely, you can’t wait to find out what’s hidden in those incredibly luxurious Globe-Trotter brand suitcases of Queen Elizabeth II!

The Queen of England is considered to be one of the best travel heads of state in history. Hence, she might be an expert when it comes to the stressful process of packing!

Click on Next to figure out what her Majesty always carry with her while traveling, this way you will learn from her tips and make your packing process more enjoyable! 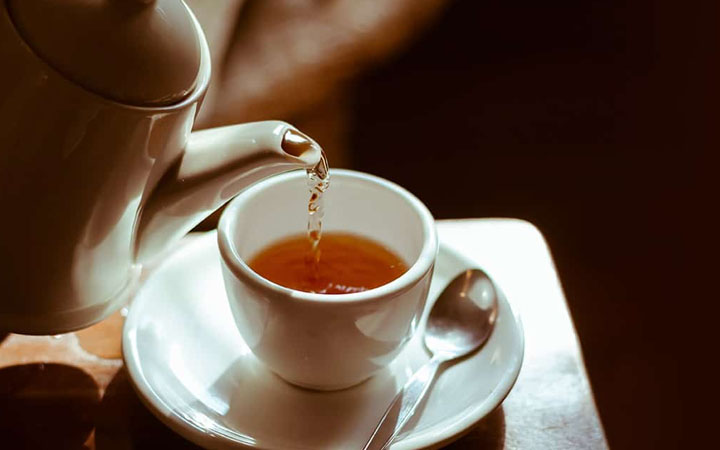 British people are widely known for the love they have for tea. This bond seems to be too strong and unbreakable. In fact, a survey published in 2015 expose that half of the British people never ever forget to pack the teabags when traveling.

These surveys come only to prove that British people can never give up on their teabags no matter what the conditions are! The Queen as it has been reported by the Telegraph also do the same thing and packs a monogrammed kettle and Earl Grey tea when she travels! 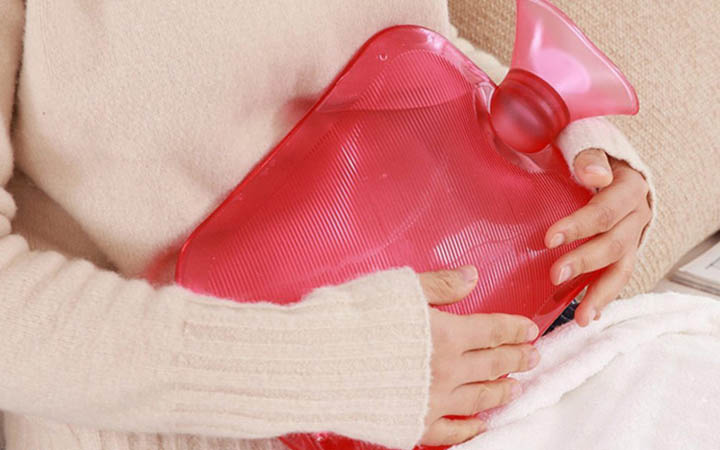 The Queen’s suitcase won’t be complete if her hot water bottle is not packed! The queen-like to have this hot water bottle tucked between her silken sheets. This way, she would feel more comfortable and would easily fall asleep.

It also seems that sleeping the world’s finest bed is not as cozy as her own bed and home! Well, home sweet home!

The Queen’s senior aide even shared a small drama with Daily Mail saying that once a housemaid totally forgot about preparing the hot water bottle for the queen and then quickly got the chop while the queen wasn’t really upset about it!

Rather, she was very happy doing it for herself for the first time! 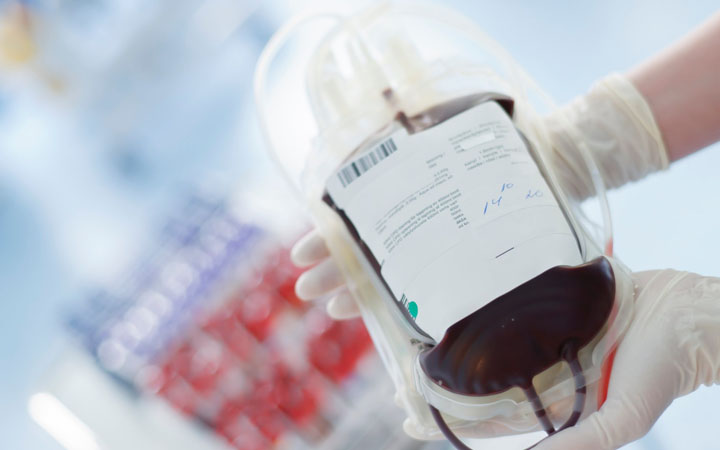 Let’s confess it, to be a Queen is quite a big deal! Hence, to make sure that everything will be okay and nothing goes wrong during an air trip, a doctor from the Royal Navy accompanies the queen in her tours.

In addition, the doctor takes the responsibility to make research about the local hospitals existing in that particular destination that the Queen is visiting. This process is normally done before the Queen steps out of her country!

That’s not everything! The Queen is a big deal and her health is unquestionably valuable. Therefore, she also carries with her a medical bag that contains all the important medications, including a mobile defibrillator.

The Telegraph also reported that the sometimes the Queen also carries her personal packs of blood with her when she is willing to visit destinations where reliable blood supply is quite questionable!

It seems that the Queen of England is not the only one to do this as Prince of Wales do the same, added the Telegraph. 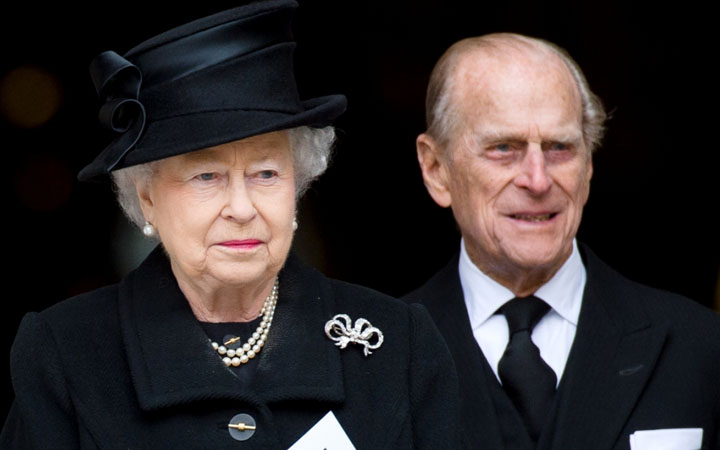 Not just the Queen of England, but all the other members of the royal family must pack a black wardrobe in their travel suitcases. In fact, it is one of the items that cannot be forgotten as the royal family doesn’t leave a room for coincidences! This way they can be properly dressed in case a funeral suddenly takes place!

And bright outfits, too

In addition to packing the black funeral outfit, the Queen also makes sure to pack bright colors too! It is definitely not a random choice. In fact, she likes to shine white like a diamond!

Oh, yes, she wears those bright colors to stand out from the crowd on her walkabouts, reported her daughter in law Sophie, Countess of Wessex, in the documentary The Queen at 90.

The Reader’s Digest, also adds that the Queen also choose such bright colors in her walkabouts to make sure that members of the public catch sight of her. 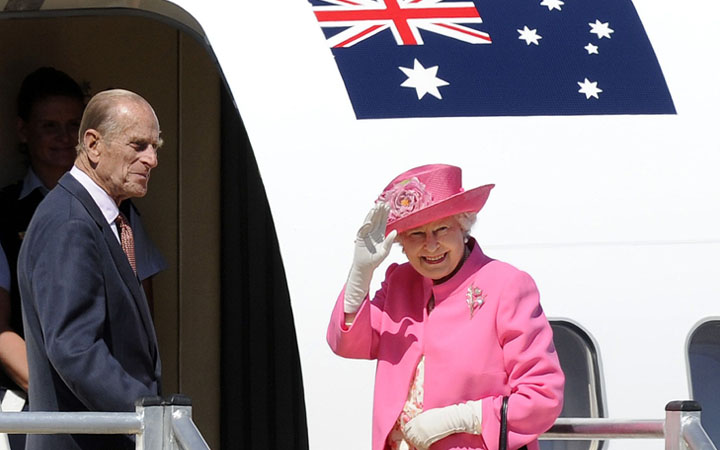 We all know how stressful and exhausting an air travel can be! And since the Queen is a big deal, it is important to keep her feeling good and energetic despite the long flight. Therefore, she never travels without packing her jet-lag remedy.

The latter can help her Majesty keep the ill effects of the long tiring distance travel at bay: sugar barley! Oh, yes you read it right. Next time, make sure to treat yourself as a royal and pack some sugar barley! 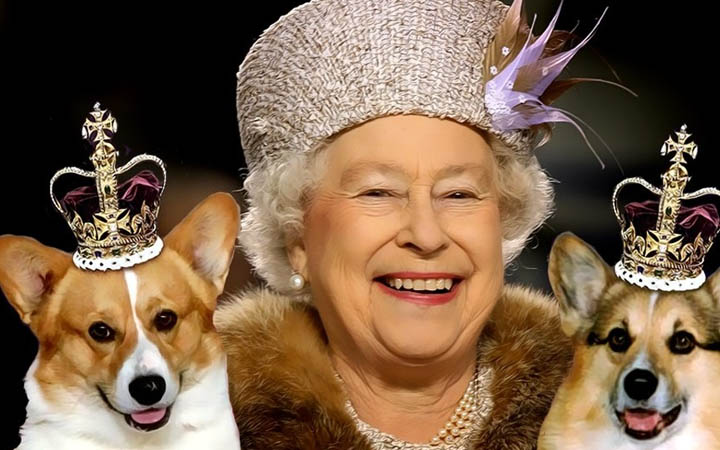 The Queen is not so much different from everyone else! She is a pet lover and has owned more than 30 corgis. She would take them with her wherever she flies, of course within reason!

The Telegraph also reported that the Queen has a strong bond with her corgis and would never choose to leave it behind, not even in her honeymoon. They say that she smuggled one in the car while she was traveling to enjoy her honeymoon in 1947 with Philip in Hampshire.

The same source also reported that the Queen regularly takes the corgis with her to Scotland!

AND THE ONE THING THAT THE QUEEN NEVER PACKS:

The Queen never packs her passport! Very simply because she doesn’t require one! The British passports are, in fact, issued in her name. Basically, she is the passport and this is more than enough!