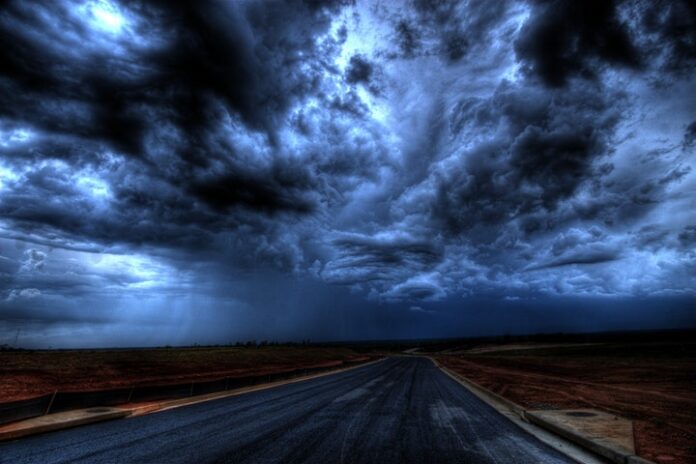 Obviously, all of us love to travel, explore the world, and enjoy discovering new places, but when it is a dangerous zone, we all back out. It is when we all go crawl back up to our homes while watching others go there to risk their lives.

When they think about it, though, danger can be defined in many forms. It can be the hazards from fellow human beings or from the natural environment. Either way, we would rather stay away and watch from afar. Yes, we are curious to know everything about it, but are we brave enough to go there? Well, we don’t recommend you to be!

In the United States, there are many places that are considered to be dangerous. In fact, people are not allowed to come to close to those areas for the sake of not losing their lives. It is important to stay away from all threats, so let’s just read about them and feel safe as we cuddle our blankets.

Perhaps, the name already gave you an idea about the danger that may come your way when you visit the location.

Death Valley is one of the warmest places in the country, and it is located near the Nevada border in eastern California. Basically, this gorgeous desert is our planet’s hell and where humans may get burned to their end in a matter of minutes.

In general, this place is extremely dangerous for any living creature, and for our own safety, it is best to avoid visiting that area because we don’t want to be dehydrated to death.

Are you aware that there are many things walking this land that can eat you?

Whether you are or not, just don’t walk around the Everglades National Park because it is filled with predators.

The park is located at the southern tip of Florida, and it is home to the most dangerous creatures that have ever roamed the planet, like alligators that had evolved throughout the years to have only one purpose: Kill.

The place is also filled with spiders with bites that can kill you in a few hours, mosquitoes that carry the malaria virus, and venomous snakes. I think there are enough reasons to not ever think of going there, ever in your life!

Each one of us has a different opinion when it comes to knowing what ‘too cold’ means, but Barrow Alaska is the only place where everyone would agree. This place is, by far, the absolute coldest in the country.

Located on the northern shores of Alaska next to the Arctic Ocean, Barrow Alaska would need you to wear the warmest, most thick clothes in order to discover it.

Barrow Alaska goes through Polar Winter as well when there is no sunshine for about 2 months. There might be other locations where the temperature gets colder, but none of them offers more dangers than this Alaskan town.

Standing on a shaking land where nothing is stable for a solid few minutes is the scariest feeling you experience, especially that you don’t know if a building is going to fall into pieces or the ground would crack open and swallow everything whole.

These two places are known to experience earthquakes way too often than any other place. It is still a natural phenomenon that occurs when the earth’s mantle or crush shifts, but for human beings, it is a scary event that could lead to disastrous deaths.

Volcanoes are one of the most dangerous, most powerful natural events that happen on earth, and living near one is like living on the edge daily. Hawaii is known to have one of the youngest, most active volcanoes in the States and it is called Kilauea, and it is located on the Big Island.

The volcano holds the record of being the world’s longest erupting volcano, which means it has been active since 1983. Its lava left hundreds of families without homes, and it changed the shoreline of the island dramatically.

America is already dealing with a huge issue that doesn’t seem to be solved, and it is known to be extremely dangerous in Baltimore Maryland, and it is the endless cases of crime.

According to the Federal government, there is a neighborhood that’s defined as the census tract, and it contains over 4,000 people.

Based on the data collected by the FBI, there are high numbers of violent crimes going around the neighborhood like rape, homicide, aggravated assaults, armed robberies, and many more.

In other words, if you visited that area, there is a chance of 1 out of 11 being a victim of these violent crimes.

Cyclones, tornadoes, twisters, or whatever you like to call them are a big danger in Huntsville, Alabama. This natural phenomenon occurs in many places in the United States, but Alabama is the worst when it comes to the damages.

In fact, a tornado that happened in 2011 was the worst the country has ever witnessed in its history, it killed 9 people and destroyed hundreds of homes.

According to weather experts, Alabama State is much more vulnerable than other parts of the country to the destructive effects of tornadoes.

We all think that deserts are the only places to suffer from drought, but we are wrong. Look at the most populated places in the country and you will find that they are somehow the driest, with southern California being at the top of this list.

Santa Ana, Los Angeles, and Long Beach are suffering from extreme drought, which is dangerous for human beings.

This issue explains the fires that keep on happening yearly in California, and with the lack of water, it is hard to contain them until many houses are completely destroyed. After all, we understand that these are still nice destinations, so just make sure to keep yourself safe and hydrated.

Speaking of Los Angeles and its issue with drought, there is also another problem that is causing many deadly diseases like lung cancer, and it is because of the bad air.

We understand that Los Angeles is where people’s goals are set, where dreams come true, and where many great things happen. But we can’t deny that it is on the list of the place with the most air pollution in the world, and the reason is a mixture of artificial and natural factors:

The location of the city in the valleys trap the bad air, and there are many burning of fossil fuels released to the environment, causing the air to be polluted and dangerous for the human body to breathe.

Lack of water can cause deadly issues, same as too much water. New Orleans is where most floods happen, and it mostly happens because of hurricanes; an excessive amount of rain and strong winds can overwhelm the city and cause horrific issues.

One of the worst hurricanes in the history of this country was Hurricane Katrina in 2011 where the majority of the city was completely damaged, making New Orleans as one of the most dangerous places you could visit in the U.S.