For you, the airlines are constantly busy with thousands of planes flying all over the world all the time, but to the staff, it is just another routine that’s very similar to those getting behind the wheel.

However, when you become a part of the flight crew, then expect to adopt a few habits that will keep your job professional and satisfactory to the passengers, while getting prohibited to do many surprisingly odd things.

That’s right, flight attendants’ job is more than passing peanuts and helping you fix your seatbelt. There is a long list of things they are not allowed to do and they are most likely to go unnoticed by the passengers.

It is important to know many things about the routine of air travel and what the staff is bound to do, especially if you are a traveler who is constantly on airports catching flights and dealing with the crew.

DON’T HESITATE TO CLICK ON THE NEXT PAGE TO DISCOVER THE 10 WEIRD THINGS FLIGHT ATTENDANTS ARE NOT ALLOWED TO DO!

You can’t see them out of uniform

Seriously, have you ever seen a flight attendant without the uniform?

There are some strict requirements about the grooming habits of flights attendants that have been increasing within the past decade, and one of them is not allowing the passengers to see them without their official uniform.

No, we are not talking only about the time when they are working, but also outside the flight. They need to get into their professional outfits before even getting there because interacting with a passenger with no uniform is prohibited!

They can’t use the airlines for what they want

Many people would think that being a flight attendant means getting as many free flights as they want for their friends and family members, but that’s completely false. In fact, they can’t even send items overseas, not for free at least.

The airlines’ laws are pretty strict, which means the flight attendants (or anyone from the staff) are not allowed to get any special treatment or free services only because they work for the airline… Yes, their job is not that special, too!

They are not allowed to use accumulated flights for business travel 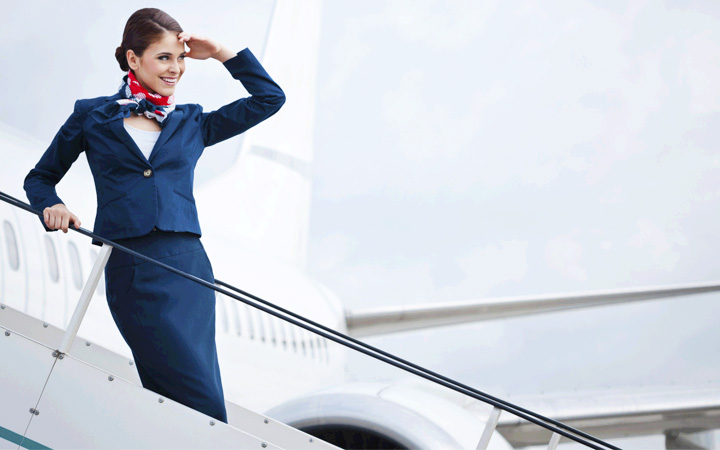 The best part about being a flight attendant is their chance of constantly getting free flights, but they are allowed to use them only for personal vacations. If they were ever caught using them to get into a conference for another job, then they will definitely get in trouble.

You can’t take the advantage the airline has given you for reasons that will lead that airline to lose you, and that’s why vacations are the only thing they can enjoy and take advantage of!

They can’t get whatever they want on board

The movies we watch give us many wrong ideas about the job of the airline staff and what they can do, and we have seen they can get whatever they want to the plane without any issue. In real life, they are not allowed to get anything they want, like at all.

They also have to go through security to see if their bags are free from any prohibited item. So no, they can’t just get a suitcase that weighs more than the limit and they definitely can’t get an item that might create danger.

They are not allowed to use all the medical equipment 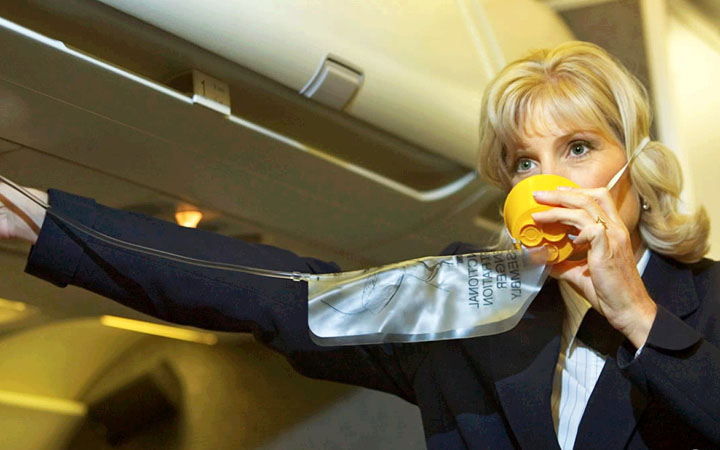 The majority (if not all) flight attendants are CPR certified and capable to use a defibrillator, but still, the flights have a few special medicals tools that they are not allowed to use or touch.

For example, every plane has a physicians’ kit, but it is secure where only the in-charge person has a key to. No one is allowed to touch it besides a doctor or a nurse with credentials. People’s lives matter, and that’s why they can’t trust anyone to save yours with a tool that could end your life when misused!

Getting you an upgrade 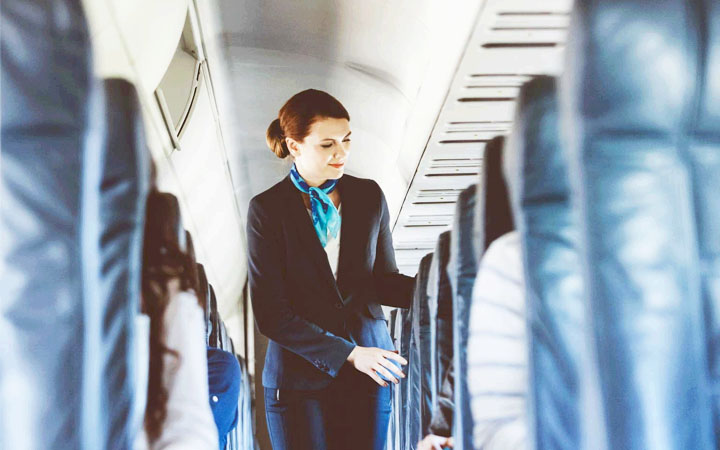 Of course, being nice to a flight attendant will absolutely get you far, but it will still never get you an upgrade to first class.

It is not up to the flight attendants to do any upgrades or change someone’s seat. However, they can help you get other “usual” stuff that may need.

So don’t hesitate to be nice to them, always smile, learn their names, and thank them constantly whenever they help you. Remember that their job is also not as easy as it might seem, so being kind to them will surely be helpful.

They are not allowed into the cockpit anytime 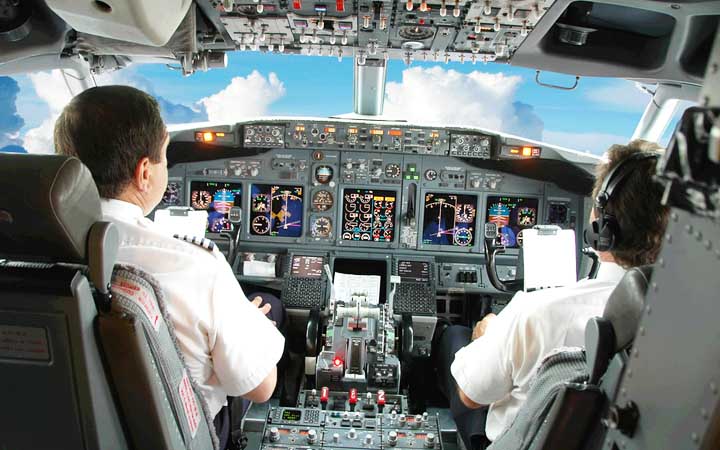 The flight attendants can go into the cockpit during the flight, but they can’t just get in there whenever they want. First, they need to phone them and ask for permission to go in.

Also, there are codes on the cockpit door, and there is someone who needs to hold the curtain as the flight attendants go inside in order to prevent anyone else from running through.

Basically, that place is where two intelligent people are trying their best to keep hundreds of people alive while controlling a large flying device over other countries… Obviously, they can’t just let anyone get in anytime, even the crew!

Not anyone would have the permission to just allow you to change your seat whenever you want. Many people would think that complaining to the flight attendant about their seat will make them give a helping hand to switch it, but it is not up to them!

Plus, once you are seated, there is no chance for you to change it and one of the reasons is your bag that has your seat number. If people kept on switching, imagine the mess that will happen!

Your kid will not get a free seat 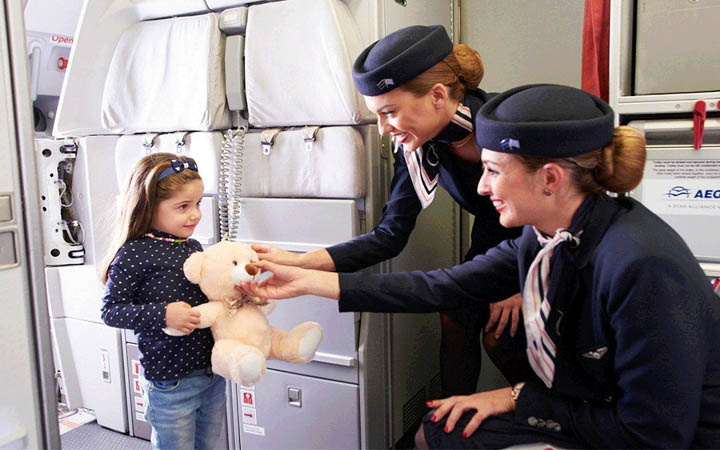 Speaking of seats, your toddler will not be allowed to have a free seat by the flight attendants just because they are toddlers. Yes, some airlines allow your kid to fly for free if they were under two, but you should never count on the flight attendant to do that for you.

People often believe flight attendants have the power to do many things for you, but they are there to serve your needs and make sure you are safe and comfortable. They have nothing to do with the arrangements of seats or giving them for free.

They can’t drink with you

This is one of the most common things passengers believe flight attendants would do, but it is the most prohibited one.

Drinking while on duty is one big no-no for flight attendants, not even a single sip to “cheer” a passenger.

The drinks they serve people are not for them to drink or even taste, and logically speaking, that’s the way it should be. Flight attendants’ job is to keep everyone safe and comfortable, and that would definitely decrease if they are under the effects of alcohol.