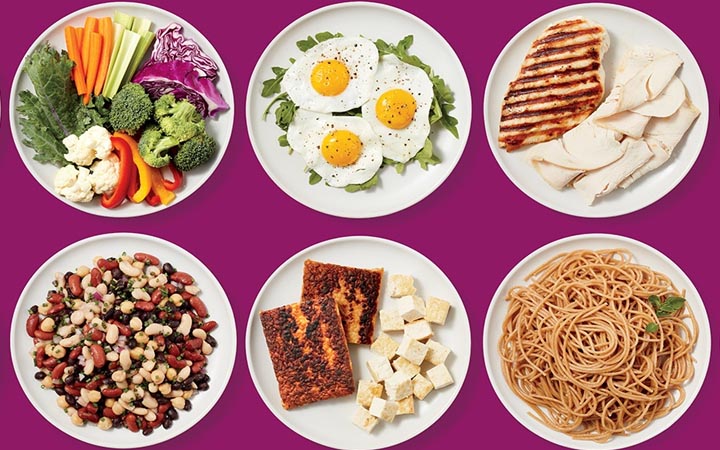 Did you ever wonder what you’re forbidden to eat in the United States that you can eat in other places?

We’re not talking about traditional dishes that you can only eat in some places in the world; we’re talking about the food that is banned in America by the FDA for many different reasons.

Curious yet? We can guarantee you’ll be surprised by some of these foods, and it’s always nice to learn new things, right?

Keep reading to find out about 12 foods that are illegal in the Us and why.

This first item should be a surprise for most people! Kinder surprise eggs are extremely popular in Europe. They’re basically chocolate eggs with a surprise inside, normally a toy for kids.

So, where’s the problem? Well, it doesn’t have to do with the brand but with this specific item due to the “surprise” factor.

In the US, it’s considered to be a dangerous item to give to your kid because it contains non-edible items inside the egg.

Also, the toy inside is usually very small, which can lead to choking. Of course that normally, parents open the egg first and remove the toy, but we can agree that leaving your kid alone with a kinder surprise egg could be super dangerous.

However, there’s an alternative to these eggs, and they’re available in the US. They are called Kinder Joy eggs, and the only difference is that the toy is not inside the egg, making it safer for kids.

What’s wrong with beluga caviar? Absolutely nothing. That’s why it became so popular over the years.
So, where’s the problem?

Beluga caviar comes from the Beluga, also known as the Great Sturgeon fish that, due to its popularity and amazing taste, had their species endangered. To this day, it’s still decreasing.

This is why it’s so rare to find this type of caviar, importing it to the US has been impossible since 2005.

This one is pretty self-explanatory. Unpasteurized milk or raw milk is milk that’s collected straight from the animal and consumed right away.

Why is this problematic? Normally, milk is pasteurized to kill bacteria and germs, so if it’s not pasteurized, it’s also not safe to consume, and if you do, there’s a high chance you get food poisoning.

Only 21 states of the US are prohibited from selling raw milk, whereas the remaining states are only allowed to sell small quantities directly through their farms.

Even though shark meat is legal in the U.S, shark fins have a different value.

They’re considered to have a lot of cultural and monetary value, and that’s why a lot of fishermen hunt sharks, only to remove their fins and return them to the water.

The shark survives this traumatic experience, only to die moments later while sinking into the bottom of the ocean due to their inability to swim without their fins.

While the act of “finning” itself is prohibited in 11 states, unfortunately, there’s still a lot of people buying and selling fins all over the world.

Ackee, also known as Jamaica’s national fruit, is super unusual and rare. While they appear to be tasteful and harmless, they can be fatal if consumed.

This pink fruit contains hypoglycin, which is poisonous. When the fruit is boiled properly, the poison disappears, but it’s still a poisonous food that obviously can’t be sold in the supermarket.

Horse meat is very popular in places like Mexico, Spain, and Canada. While it’s not illegal to consume this type of meat, in the US, slaughterhouses, and importation of horse meat is prohibited.

The reason behind it has to do with taboos and cultural values.

In China, it’s common to eat dog’s and cat’s meat, but in the US that was never considered as an option. It’s a similar situation to horses, but because they’re also considered to be “farm animals” eating horse meat is not as shocking for Americans as dog meat, for example.

Ortolan is another endangered species. For those who don’t know what an ortolan is, they are these small birds with less than 7 inches from Europe.

However, due to their closeness to extinction, capturing, smuggling, and eating this animal has become illegal not only in France but the entire E.U and the U.S.

8.Sea turtle
Sea turtles have been slaughtered for their meat, skin, eggs, and shells for a long time all over the world. But, again, due to their species’ endangerment, they are now illegal to import to the US.

There are many species of sea turtles out there, and almost all of them are critically endangered.

Sassafrass oil has been banned in the US since 1960 due to its main ingredient, safrole, which has been studied and later discovered to be related to cancer.

Besides this, a lot of people used to consume this oil as a drug, it can cause euphoria, so it was used as a “party drug” back in the day.

Fugu is a Japanese fish that is banned in the US. Similar to the Ackee fruit, this fish has to be cooked properly to be eaten due to their high amount of tetrodotoxin that can kill you through asphyxiation or paralysis.

This fish is so dangerous that people who cook it need a lot of training and a license to consume them!

Redfish is a general name used for many species of fish like the red drum, rosefish, Acadian redfish, and so on.

Even though these fishes taste great, they are also endangered, which is why they are illegal to sell in every U.S state, except for Mississippi.
So if you’re looking to eat redfish, you might have to travel to Mississippi.

Speaking of traveling, if you want to taste this Scottish savory pudding, you have to cross the entire Atlantic ocean to try it.

Now that you’ve read this article about all the foods you never knew were illegal in the US, we’re curious to know which one surprised you the most.

If it surprised you, then it will also surprise your friends and family, so share this information with them and see who was the most clueless person of the bunch!