Travelling can get costly sometimes. Everyone would like to spend their vacation touring European countries or having a romantic Caribbean trip. However, not everybody can afford that.

Airline companies may raise prices during vacation seasons and travel insurance provider may cost you more for some locations compared to others.

The reason why some people opt for some places and neglect others is that some famous vacation destinations are more marketed and advertised.

If we take for example the first entry in our list, we will notice that while Lake Como is a famous place for tourists and invariably gets marketing by travel booking companies, it is rarely the case when you hear about Lake Atitlán; which can cost you less money and less jet lag.

That’s the reason why in our article, we will provide you with the best alternatives of the most famous traveling destinations so that you too can enjoy a vacation that fits your budget.

MAKE SURE TO CLICK ON NEXT FOR THE 14 OF THE CHEAPEST ALTERNATIVES OF COSTLY VACATION DESTINATIONS!

Lake Como is one of the most beautiful places on earth, and a trip over there could be irreplaceable for many. However, taking a trip to Lake Atitlán in Guatemala may be more easy and convenient.

For a start, you will be able to save up money on your trip, and you will enjoy a great vacation even if your time is limited. Moreover, you will be able to witness the beauty of the Mayan colorful villages, as well as the three mighty volcanoes in the area; in addition to sailing excursions.

Concerning financial issues, try to use MoneyCard instead of the credit card, since the latter may often charge you extra for foreign exchange. 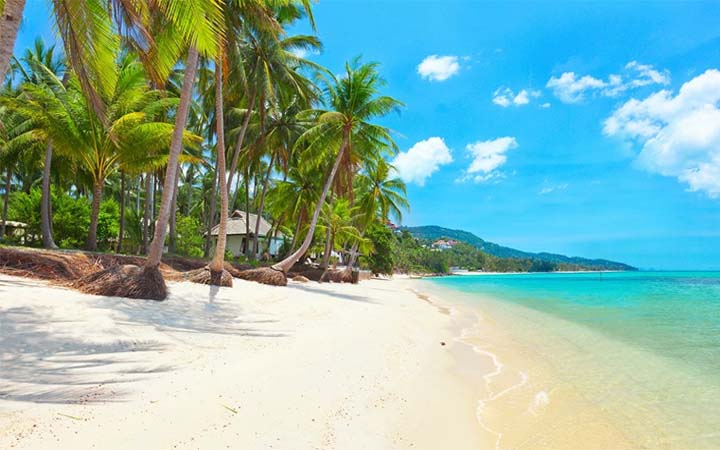 Thailand is one of the most famous travel destinations in the world. And the best online travel booking sites are always filled with offers concerning this beautiful country. If you are looking for a place that is substantially less crowded than Phuket Province, then Koh Samui is the answer to your quest.

There are areas in Koh Samui where resorts will give you a near experience of private islands. The Banyan Tree Samui is a place in which you can feel like the king or queen of your beach, relaxing away from the noises of tourists and annoying persistence of trinket hawkers. 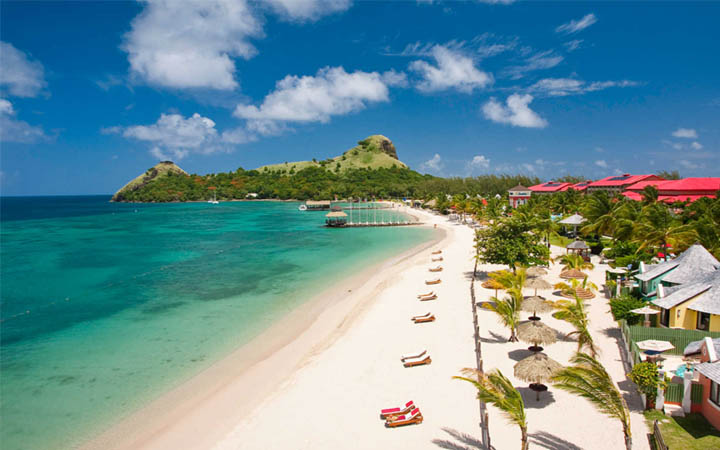 A lot of people think straight of the Maldives or the islands of French Polynesia when they want to stay in over-the-water bungalows.

However, the journey to such places can include a tedious air travel experience. That’s why we recommend taking a trip to the Caribbean instead. To begin with, the place is just as beautiful, and you can get your sleeping beauty slumber over turquoise water there too.

Moreover, there are many places equipped for your comfort and wouldn’t cost you as much, such as Sandals Grande St. Lucian in St. Lucia and Sandals Royal Caribbean in Jamaica. 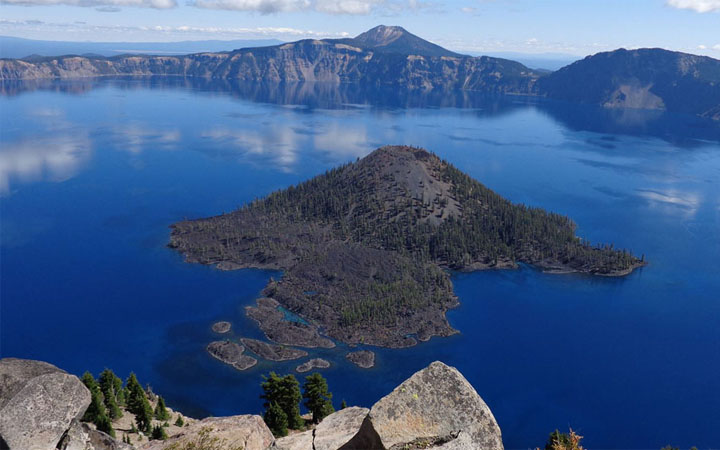 The Grand Canyon is among the stars of tourists’ attractions in America; however, the Crater Lake National Park deserves as much credit. Considered the deepest lake in North America, Crater Lake, Oregon is surrounded by cliffs that have nearly 2000 feet of altitude and has a mesmerizing island at its center.

It is the perfect place for hiking trips and a treat for adventurers. Even better, it offers diverse activities during all seasons: hikers can enjoy a walk along the lake on the summer, and snow lovers will definitely have fun skiing and snowshoeing during the winter.

So, consult your real or online travel agent and book yourself an unforgettable vacation.

Paris is beautiful; there is no doubt about it. And ads of travel booking agents concerning the city of lights are expected to pop up anywhere. However, you may get the same charm effect of Paris when you visit Quebec City.

For a start, the Québec airport is one of the most established airports in the world. Also, the city has some of the most beautiful hotels you’d ever see. You will definitely have a glimpse of French traditional architecture, the beautiful and neat cafes on the sides of the streets, and boutiques.

But what’s different about the city is that it offers tourists a treat with its distinctive cuisine and art galleries. So, pack your trekking backpack and head to one of the friendliest cities in the world. 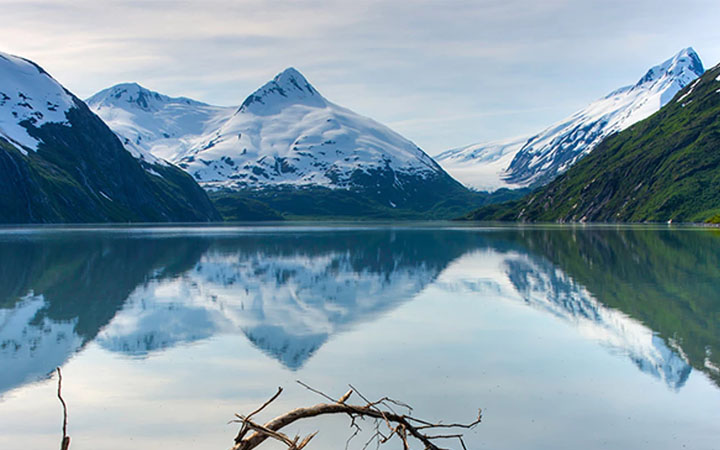 A journey to Antarctica can empty your bank out, but the scenes and learning experiences are certainly worth it.

In case you can’t afford a trip there or you missed the Southern Hemisphere’s summer, you can always join Artful Travelers -one of the best online travel companies- for its voyage to Alaska aboard their famous ship Regent Seven Seas.

You will have the opportunity to check out wildlife species, outstanding glaciers, and Icy Mountains. You may also have the chance to meet the scientists, public figures, and performers that the ship welcomes abroad. 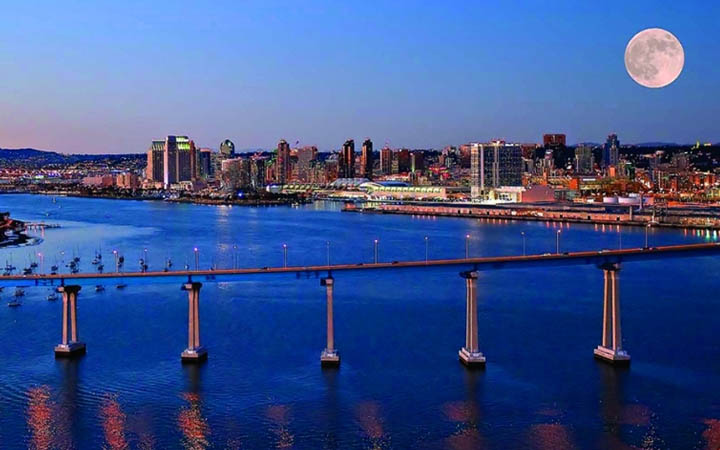 If you are having troubles heading to Africa for a Safari vacation, maybe you should head to the San Diego Zoo’s Safari Park for a near-safari experience. The park offers rides with safari caravans- just like in Africa- for animals watching such as cheetahs, elephants, and giraffes.

It might be hard to recreate everything that you may see in a real safari trip; however, the park officials are doing their best to provide the most authentic experience. 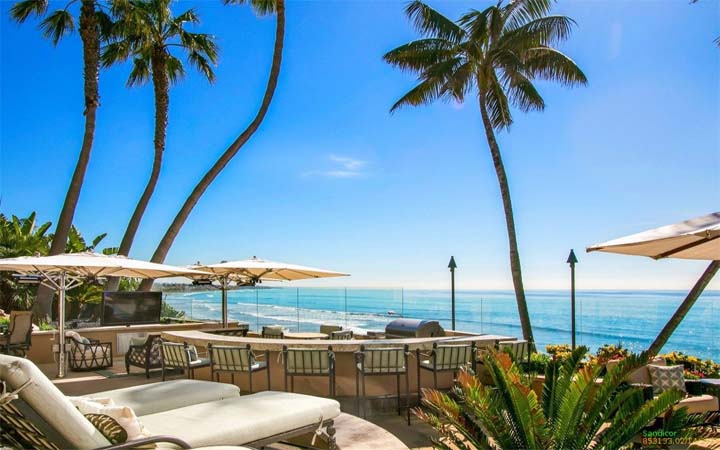 The Keukenhof Flower Gardens in the Netherlands offer one of the most beautifully colored scenes in nature, and they are the Mecca of flowers lovers around the world.

However, if you can’t make it to Europe, Carlsbad Ranch in Carlsbad, California provides a satisfying alternative. The flower fields in this region stretch for over 50 acres of beautiful ranunculus. You will definitely enjoy the beautiful smell emanating from rows and rows of these blooming flowers. 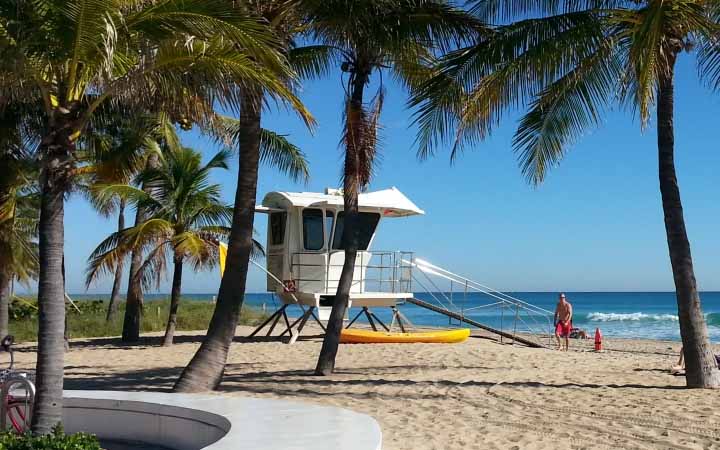 Miami Beach is a place of joy for people who are seeking to amuse themselves and have a day full of fun. But in case you were done with the beach for some reason, try the near Fort Lauderdale one. The city offers burgeoning arts scene as well as beautiful pristine beaches.

Make sure to check FATVillage, which is a paradise for art lovers, it is filled with murals, cafes, and galleries. Also, don’t forget about the Bonnet House Museum & Gardens historical home that got a 4.8/5 stars rating on the web. 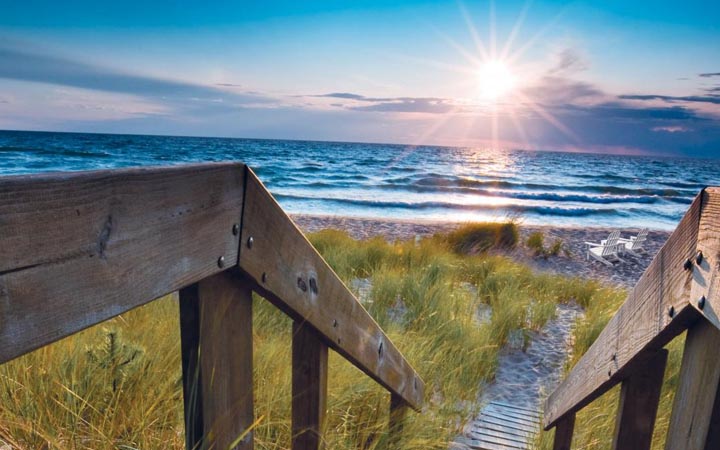 The mesmerizing Northern Lights of Europe are on the bucket list of many of us. However, not everyone can afford the time and money needed for a trip to Europe.

Thus, Michigan’s Upper Peninsula comes to the rescue. You will have the ability to watch the aurora borealis thanks to the city’s north/south position and relatively low light pollution. However, make sure to get there in April, as it is considered the best period to spot the lights. 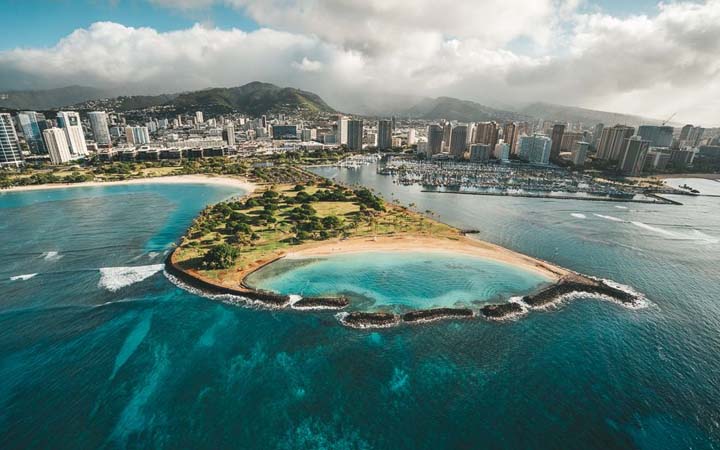 Travel booking websites are in a heat up competition to provide great fare deals. This is due to the statement that Southwest Airlines made concerning the start of making flights to Hawaii.

For people who happened to dwell in the western half of the country, you may have a harder time getting to the Caribbean than reaching Oahu; since it may require a flight scheduled to depart at night and arrive the next morning.

Moreover, Oahu is a beautiful destination that guarantees a near Caribbean experience at a more affordable expense. 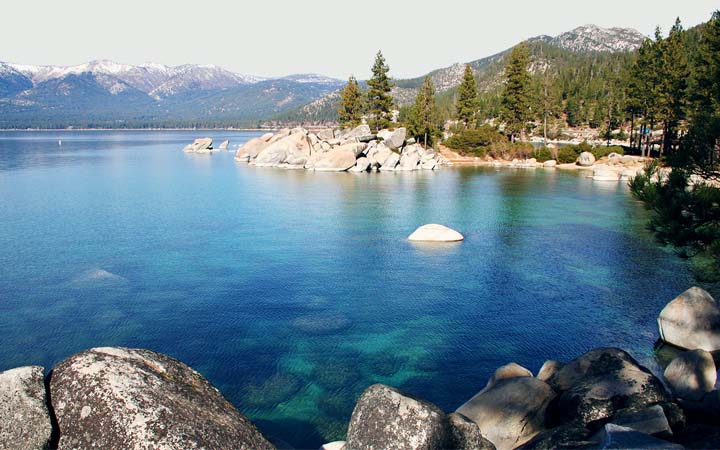 Reno is The Biggest Little City in the World that offers the same kind of world-class entertainment as in Vegas, with fewer crowds of course. A city is a great place for outdoor adventures and more known for its famous Burning man festival, concerts, and certainly a lot and a lot of gambling casinos.

Thanks to sheepherders who settled at the region to work as ranchers, Reno Tahoe is influenced by Spanish culture, cuisine, and lifestyle.

Hotels in the city offer everything from gambling games to full-service spas. So, if you are not a big fan of the Sin City, and wanted something more modest, Reno is the right city for you. 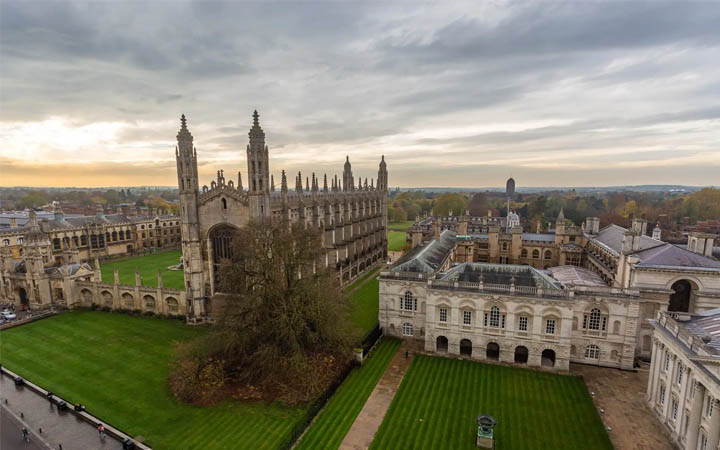 About 50 miles away from London, lies the city of Cambridge. It is a city that will certainly own your gaze thanks to its impressive landmarks buildings. You can pay a visit to the King’s College Chapel, home of the largest and most outstanding fan-vault ceiling in the globe.

You will also, have the chance to take a quiet boat ride along the River Cam to watch the city carefully from the water. And don’t forget to have a night at University Arms Hotel.

This hotel is different from anything you’d see in the world; each one of its suites is named after the works of authors who used to be students there. 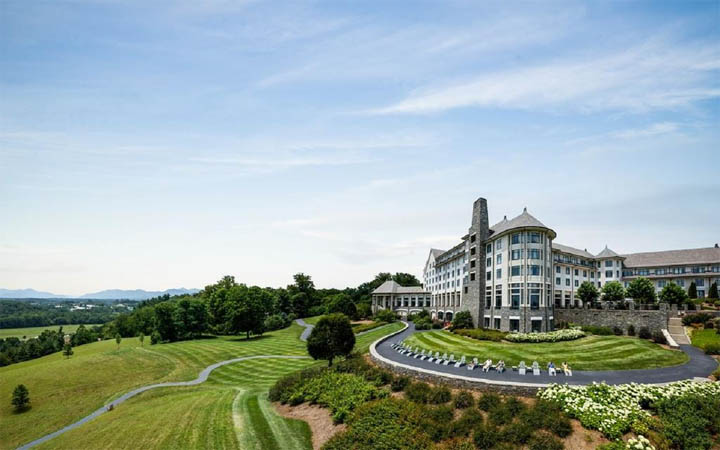 Asheville’s Biltmore Estate is a historic house that is now opened for tourists as a museum. It is a breathtaking place that owns the gaze of everyone who got there.

The house is located in one of the biggest mountain cities that are more famous with glistening vineyards, shopping boutiques and stores, and great restaurants. Make sure to pay a visit to this mansion that was built in the late 1800s. And in case you wanted to experience a night of royalty, you may book a night over there.

Bonus
Going on vacation is fun, but don’t get in the vacation mood before taking care of the basics. One of the most important things you should take care of before heading to the airport is finding an insurance company that provides cheap travel insurance.

This way, you can have a feeling of relief in case of an unfortunate event; we don’t wish you any harm, but traveling is full of surprises!