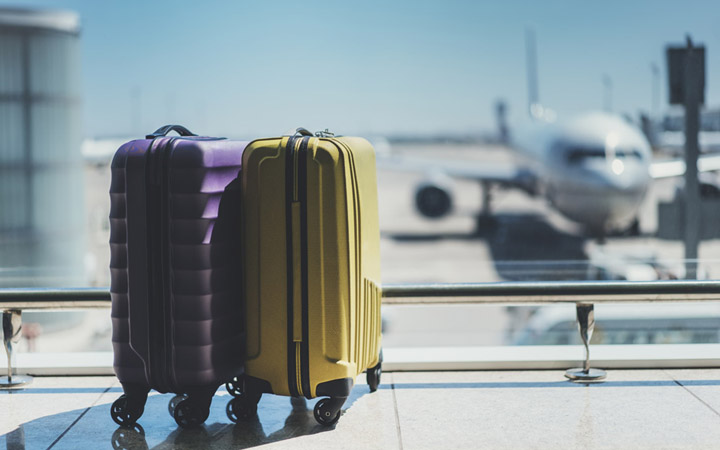 The world is constantly changing, especially for travelers. New laws and travel restrictions are approved and implemented every now and then all over the world. Airline policies are different from company to company and are slightly altered every year.

It is not easy for frequent travelers to keep up with all these changes in rules and regulations, and be aware of what to do and what to expect wherever they go. Fortunately, we are here to help you out. Here are some of the new travel restrictions for 2020.

From October 1 onwards, every person with 18 years of age and older who wants to fly within the United States must have a Real ID. What is a Real ID, you ask?

This measure was passed by the US Congress back in 2005 in response to the 9/11 terrorist attack but was constantly postponed. Until now.

Recently, low-cost airlines such as Ryanair and Wizz air updated their luggage rules to reduce the size of their passenger’s carry-on luggage. Travel experts warn that other low-cost companies may follow this measure and implement it in 2020.

This change allows airlines to charge an extra fee for a standard carry-on suitcase while keeping a free alternative. This makes it possible for them to continue to advertise extremely low priced flight tickets and earn an extra in additional fees.

When traveling with low-cost companies, always check their policies so you won’t have any surprises at the check-in.

The number of firearm discoveries in airports over the years has been increasing and it peaked in 2018, with over 4,200 guns discovered in carry-on bags. As you know, gun ownership is legal in the United States. However, state-level laws vary quite significantly.

For 2020, TSA introduced civil penalties of up to 13 thousand dollars per prohibited items violation. This means that if you want to travel with a gun, you should contact the airline and ask them directly for specific firearm and ammunition policies and check local laws.

This is not exactly a travel restriction but it is such good news that we decided to include on the list. You no longer have to buy a business class seat to enjoy free Wi-Fi during your flight.

The company announced a deal between Global Eagle and Profen to provide Wi-Fi to more than 100 aircraft. This means that from now on, passengers can enjoy high-speed internet during their flight. Enjoy your Netflix sessions!

Other travel restrictions for 2020:

1. Low-cost flights in Europe will get more expensive

It is possible to travel from one European country to another for as low as 10$ – sometimes there are promotional offers that make it even cheaper. However, that might actually change because of environmental concerns.

Germany, for example, plans to introduce an eco-tax for every air flight in 2020. The government plans to use the revenue to develop and modernize the country’s rail transportation. High-speed trains may become a valid and environmentally friendly alternative for international travel in the near future.

2. Traveling with fruits and vegetables to EU countries isn’t allowed

To fight the spread of plant pests, European countries decided to implement restrictions on the import of fruit and vegetables.

This means that traveling with these foods to countries such as Italy, Greece, or Finland is only permitted if you have a special certificate. So don’t be surprised if airport security confiscates the apple you are carrying with you for that tasty and healthy mid-flight snack.

Several countries are implementing new measures to try to control the large influx of tourists. Amsterdam is one of the cities that suffer the most with tourism. With a population of 1 million, the city welcomes about 17 million tourists every year.

That’s why the local government decided to add a new tax for tourists. From January onwards, people who want to visit Amsterdam and take a selfie in front of the “I Amsterdam” sign will have to pay a compensation of 3 more euros per night in addition to the existing tax.

At last, it is worth leaving a warning to anyone who wants to visit Britain in the near future. As you know, the country is currently in the process of leaving the European Union.

The Brexit, as it has been called, will have a considerable impact on the mobility of both British and European travelers. At the moment everything remains the same since the transition period lasts until the end of this year.

However, in 2021 a lot of things may change. Nobody knows for sure, because it all depends on future negotiations between the United Kingdom and the European Union.