Travelling is fun, it is an activity enjoyed by many people of all ages. To be able to take the plane, train or ship and change the scenes of your city with others is a healthy practice that may boost your energy and make you go back excited for school or work.

However, just like life, traveling is full of surprises and we never know what may take place on our trip.

We all have seen or heard of unfortunate events that happened aboard ships or on airplanes. Have you ever been on a plane and you heard the crew and flight attendants speak in a language that doesn’t make sense?

Have you ever noticed that they use codes instead of normal speech? Have you felt frustrated because you couldn’t crack the code? Well, we may be able to help a little. In this article, we will provide you with insights about many codes and what they mean. 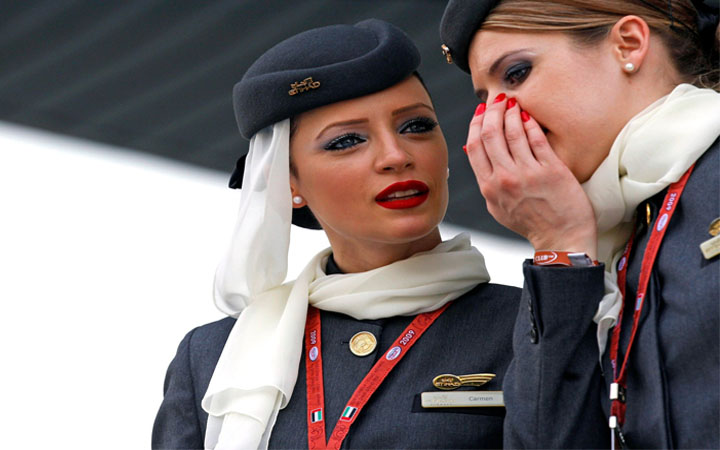 Have you ever overheard a flight attendant talking about her 5 days in Denmark and you wished you could go on a trip to the country? If you have, then know that she was not talking about her vacation, but about one of the passengers.

It is just a code that these airline employees use to refer to a specific seat. For instance, the 5 is the number of the row, and the initial letter of the country is the seat number. These expressions give flight attendants the freedom to talk about passengers without their awareness. 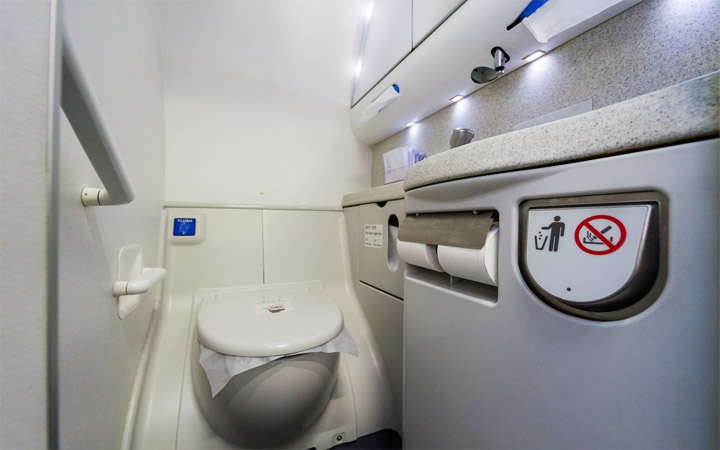 If you are taking the plane to your travel destination and you heard the expression: blue juice, you should realize that this refers to a malfunction in the bathroom.

In order to avoid saying the exact words that describe the situations -and maybe make the passengers on the airplane uncomfortable- flight attendants resort to expressions such as the blue juice I tasted in France was amazing. 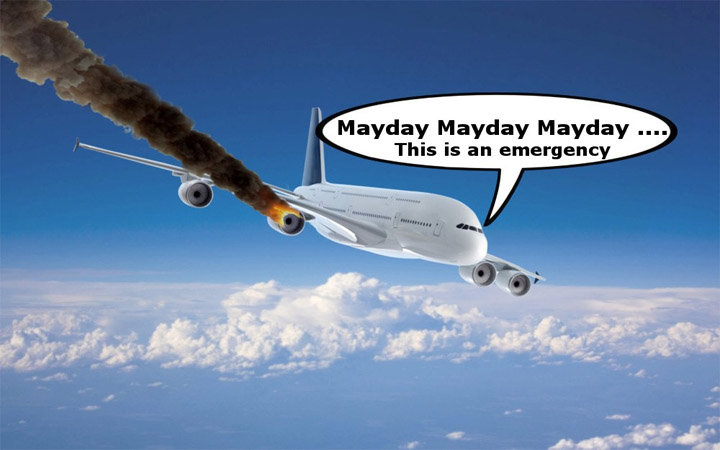 Mayday is probably the most famous code among travelers and people in general. It is used by pilots and ship captains to send a distress message that there is a life-threatening situation taking place. There are also some firefighters, policemen and other institutions that use it.

The code is repeated three times in order to ensure conveying the message properly to the other side. The source of this code is the French expression. Venez m’aider! : come and help me. 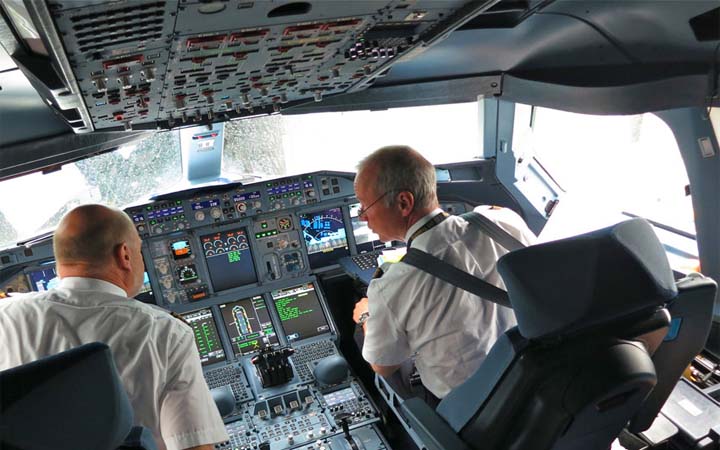 This is a distress signal that is used by planes and ships to indicate that there is a non-life-threatening situation that needs intervention.

It is also sourced from the French language: the word panne in French means a breakdown. However, don’t panic if you are on a long-haul flight or cruise ship and you hear this code, because it is a less serious one. 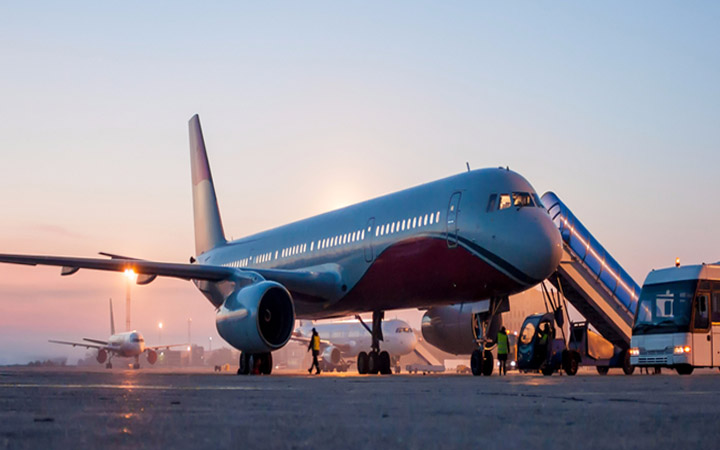 You are traveling for a vacation or business, so you contacted your online travel agent, got your seat booked, and got ready for an easy air travel experience, but you suddenly hear the phrase ‘code red.’

This is a situation that we wouldn’t hope you get into. This code is stated in the most crucial and extreme situations on the airplane. Usually, this situation is caused by serious technical difficulties or an emergency landing.

The number of sounds 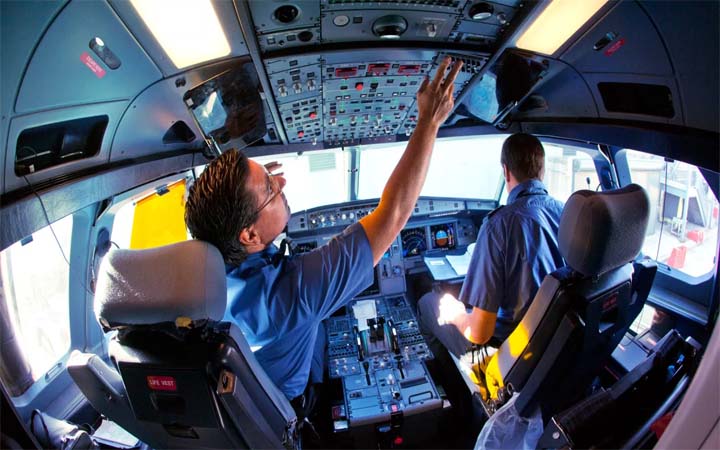 Codes do not always contain words; they may also have audible notifications. When passengers need to ask for flight attendants services, they can use the button above them, which makes a notification sound. However, this sound may have other interpretations by the attendants depending on the situation:

• During landing, one bell sound signifies that the landing gear is currently in use; and when the bell rings again, it means that flight attendants can leave their seats and need to begin guiding people out of the airplane.

• When there are 3 short bells, it means that the plane stuff have to go back to their seats and pay attention to a message from the captain.

• 5 short bells indicate that the plane must be evacuated immediately. 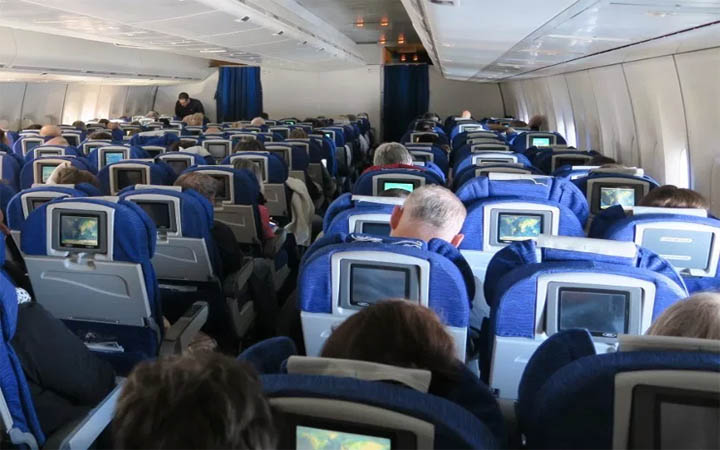 Other than sounds, the crew also uses numbers to convey messages:

• 7500 is a code used to send a distress message that the airplane is under threat of being hijacked or it has already been so.

Flight attendants state that there exist other secret codes that are only known to the stuff of a certain company. Also, they pick a new code at the airport before the flight in order to convey secret messages to the captain in case of an emergency.

So maybe one of the things to bring on a flight is a list of these signals on your smartphone. 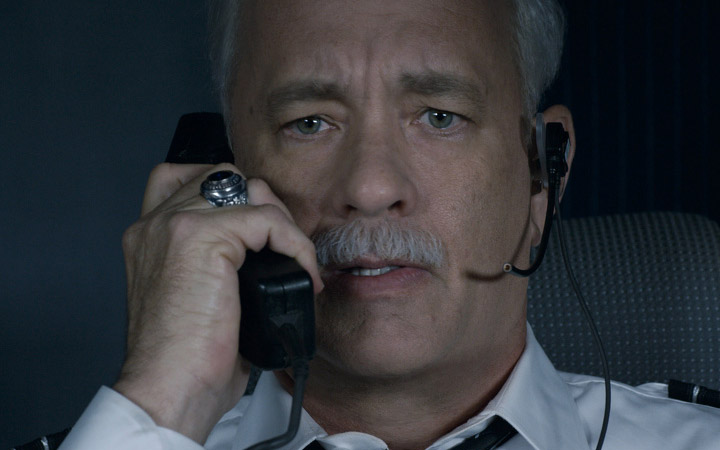 Perhaps the most famous ditching incident was the one that happened in the Hudson River on January 15, 2009, back then captain Sullenberger also known as Sully has made a miraculous landing on the river due to technical difficulties on the plane.

It was so unbelievable that nobody was killed back then. Maybe their luggage got wet, but their lives were saved. 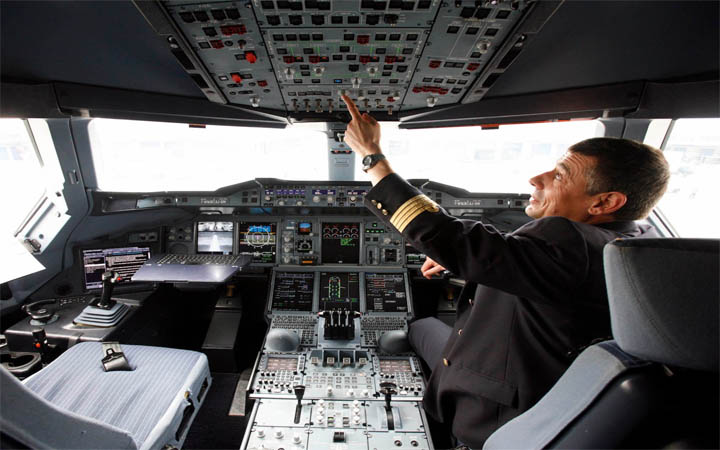 If you hear this, then maybe you should start making use of in-flight amusements. Because last-minute paperwork is a code used by pilots to indicate that your plane will not take off at the intended time and that your flight will probably be delayed.

For instance, sometimes the land crew doesn’t finish their procedures earlier or the technicians need to make sure that the plane functions properly. 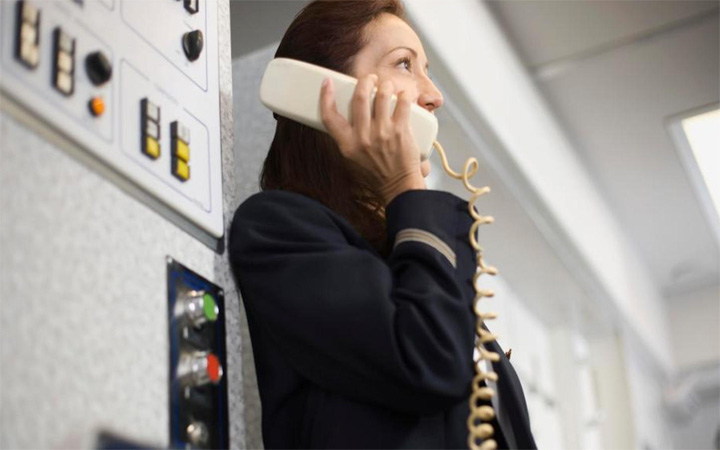 If you are traveling by plane and heard: Cabin Crew, arm doors and cross check. You should realize that it is used prior to taking off and the moment that follows landing in order to notify the stuff that they shouldn’t forget to turn on and off the slides that inflate automatically.

The official aviation rules state clearly that these slides must be always prepared as long as the engines are still on in order to carry out an evacuation when needed. Prior to taking off a special switch is turned on the door to “Armed” mode.

And after landing the switch is turned again to the “Disarmed” mode fearing that they may inflate when the doors are open. There have been many times when the slides were opened after landing, that’s why the crew uses this reminder. 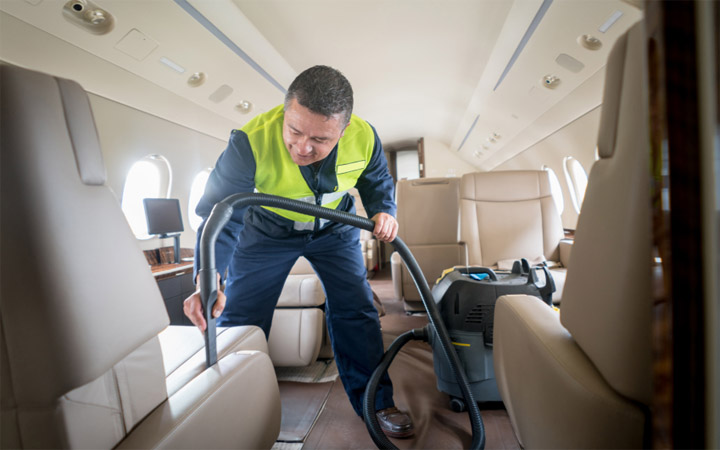 Obviously, you know that Purell is a sanitizing product. However, when the code Purell, Purell, Purell is called on the plane or ship, it means that there is a need for the cleaning team, which could be due to too many factors such as having an ill passenger and cleaning is necessary. 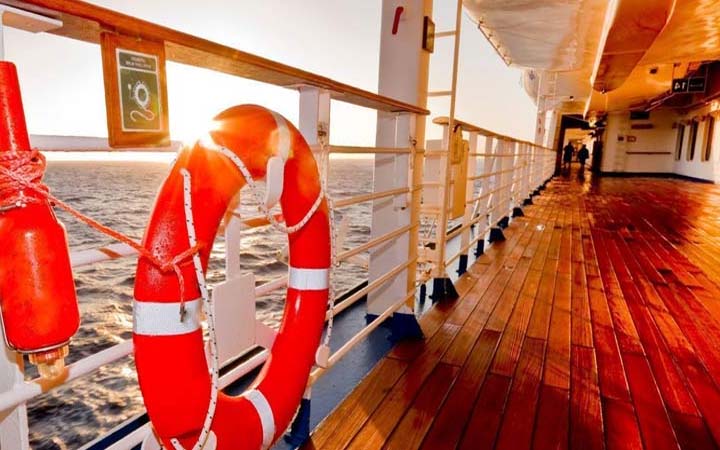 In case you were on a cruise ship or just traveling by sea and you overheard the code Red Parties, you should know that there is a fire that erupted or about to erupt on the ship.

They usually follow the message by indicating the exact location of the fire. One more tip, when you see the fire erupting, make it your concern to run away from it; not to try to save your baggage and belongings or shoot a video for social media. 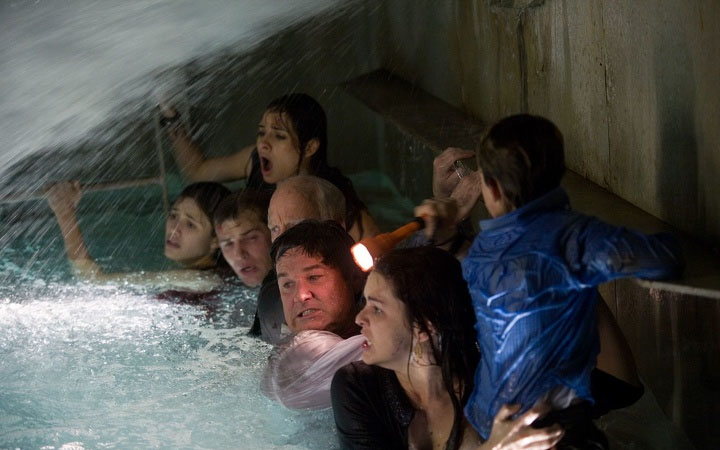 There are codes that only the crew of the ship, plane or train really masters. Just like inside jokes, there could be inside codes too. For example, a credit card may mean: security or hiking trips may mean inspection around the ship.

But when it comes to priority1 it signifies a possibility of an eruption of a fire on the ship, while priority2 means a possible leak on board. 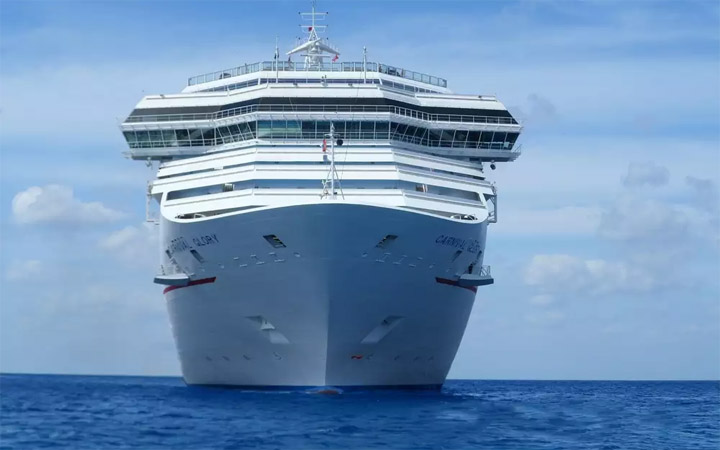 If you were on a cruise ship and you heard: Operation Bright Star that may indicate that somebody needs medical intervention. However, if you hear Operation Rising Star it means that there is someone aboard the ship who passed away.

The crew will probably be discrete about the death of a passenger, which is understood to not spread discomfort among other passengers. So if you happened to know the code, don’t spread the word. 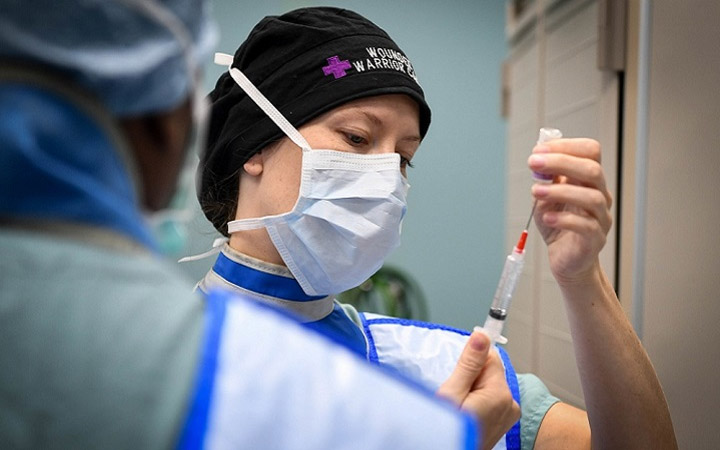 Code one is used frequently aboard ships and trains to indicate that someone on board is in need of medical intervention because he or she got injured or hurt.

As you can see there are many unexpected incidents that happen during a trip. Therefore make sure to contact a reliable insurance company or travel insurance provider in order to get good quality but cheap travel insurance.

Don’t underestimate travel insurance as many people do, an unfortunate incident can happen to you even when you are lying comfortably at the hotel