How many times have you went to the airport on time, or maybe even before time, only to end up waiting for hours for the flight because it got delayed? If we calculated it right, then a frequent traveler has wasted many precious weeks from their lives.

The best method to book a plane ticket that we all rely on is to simply seek the cheapest plane ticket, ignoring different other factors.

But in order to not waste your time anymore, you should start booking your flight depending on how many times the flight has been delayed as well, because since they have been delayed multiple times before, then chances are they will be delayed again.

Experts have decided to make a list of the worst delay-prone airports in the United States, so they compiled a list from 2018 with the overall delay times. The results were pretty disappointing.

Keep in mind that ranking is based on the percentage of flights delayed, total passengers, and the average length of the delay. 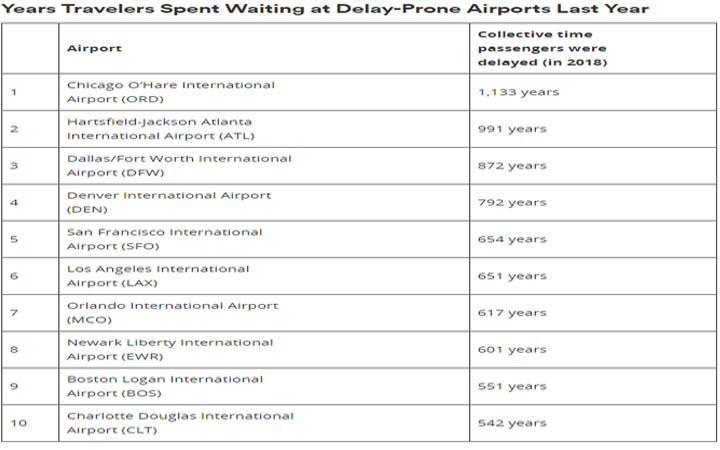 Chicago O’Hare Airport, among all the key hub airports, witnessed the highest percentage of delayed flights at 33% as no other delay-prone airport reached the 30% level.
[ads shortcode=”td_responsive3″] 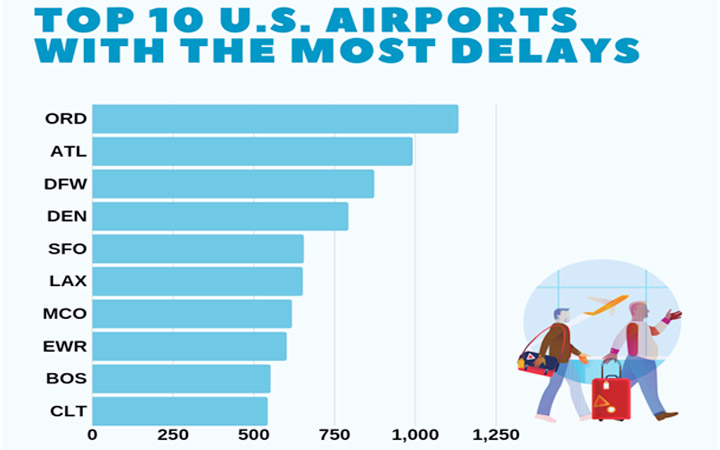 There is astonishing finding: the average delays were all more than 50 minutes at all 25 airports, and there are 11 airports that were 70 minutes or more.

These statistics are extremely useful when you have the option of choosing between airports. We suggest you avoid these busy airports whenever you can in order to win your time and avoid sitting at the airport!