But same as Trump, Petro Poroshenko doesn’t really depend on his presidential salary to “pay his bills” because he owns a fortune of $1.3 billion, which makes him Ukraine’s 6th richest person, according to Forbes.

So basically, the salary given to him for his job as a president is not really needed. Instead, it is adding more to his luxury and well-deserved life. Side note: Ukraine’s minimum monthly wage is $133, making his salary a lot less than average. 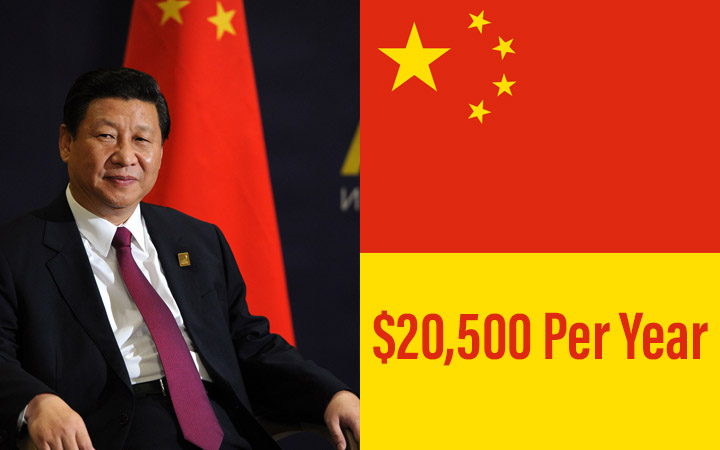 Unlike the president of Ukraine and the U.S., the president of the People’s Republic of China doesn’t own any businesses and doesn’t have any hidden fortune. His modest salary is $20,593 per year, which makes it $1,716 a month and $56 a day.

The presidential salary of this country was increased by 62% in 2015, and that’s how much he has been earning since then. However, the close relatives of the president still have a fortune that is about $376 million.

The laws in China are a little different than ours, so we find their minimum monthly wage is $150 – $300 and that depends on each province’s laws.

Finland is known to be one of the wealthiest countries ever, and president Sauli Niinistö has been its president since March of 2012. Luckily, he was re-elected for a second term because the citizens admired him since he made their country a better place.

His salary is $12,225 a month, which makes it $402 daily and $146,700 yearly. It is a modest salary for a president to such an incredible and beautiful country like Finland. Originally, Finland’s minimum monthly wage is not limited or suppressed by the law, but according to many sources, it is $2,000.

Prime Minister of the UK: Theresa May 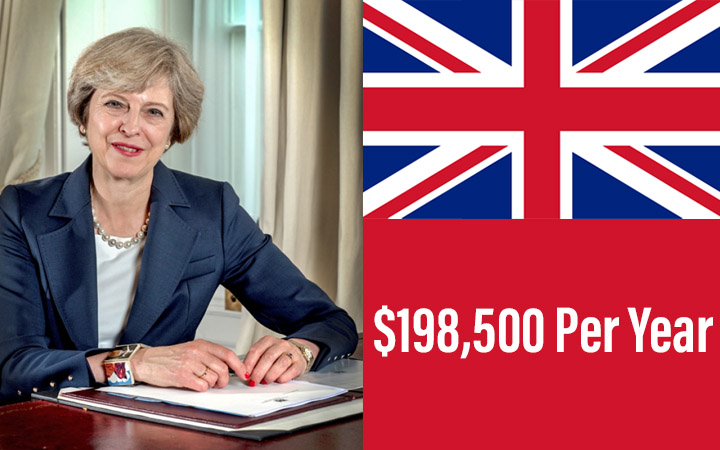