Germany has always been known for its strong unity and impressive politics. The basic salary of the Chancellor, Angela Merkel is $22,000 a month, making it $263,000 yearly and $720. That salary made Germany number 5 in the list of the most highly paid world leaders.

However, you would naturally think that the chancellor of Germany would normally be living in one of the administrative housing. But she declined that offer and decided to live in a regular 5-story building that’s located in central Berlin.

However, the minimum monthly wage in this awesome country is $1,780. 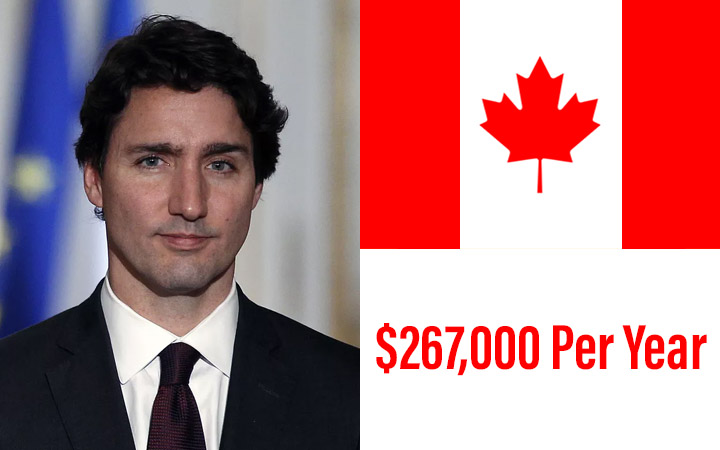 Before discussing the salary of the Prime Minister of Canada, we have to mention that the majority of people around the world are big fans of Justin Trudeau. Not only that he is a great leader, but he is also young, smart, cool and handsome.

Not that long ago, Trudeau went to the Bahamas for his holidays, and it was all paid by his friend, the millionaire Karim Aga Khan. This led to a huge political scandal and suspicious, the people start believing that the price has an influence on Canada’s political situation. Trudeau apologized and gave a promise to be careful next time.

The minimum monthly wage depends on each province’s law, but it’s $1,400 on average. 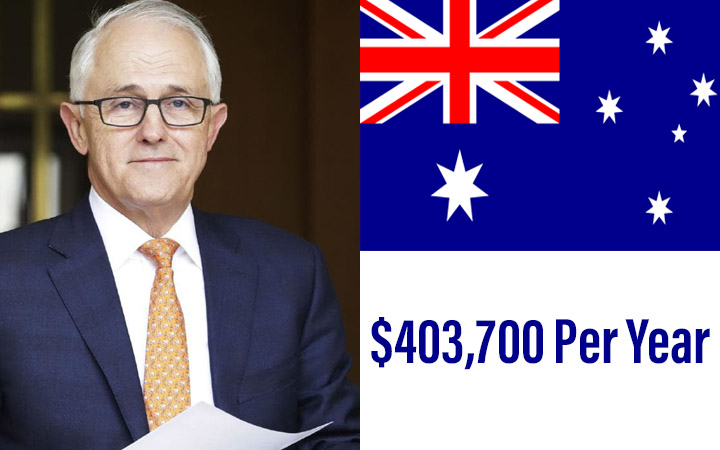 Australia is the country of diverse land where its Prime Minister is on number 3 for the highly paid world leaders. Malcolm Turnbull earns $33,645 monthly ($403,745 yearly and $1,106 daily).

This man is also a multimillionaire because he used to be a successful businessman and a banker, but unlike Donald Trump, he decided to accept the presidential salary, and that’s his right, of course!

However, Australia’s minimum monthly wage is $1,900, which is extremely impressive. Maybe we should start considering packing and moving to Australia. At least we would have summer for most of the year, especially on Christmas!