Here is a photo of more leavings of the island.

Since the island was left behind, visitors and tourists are completely prohibited from discovering it. In fact, if anyone was caught trespassing will be arrested and might as well be banned from Disney World forever. 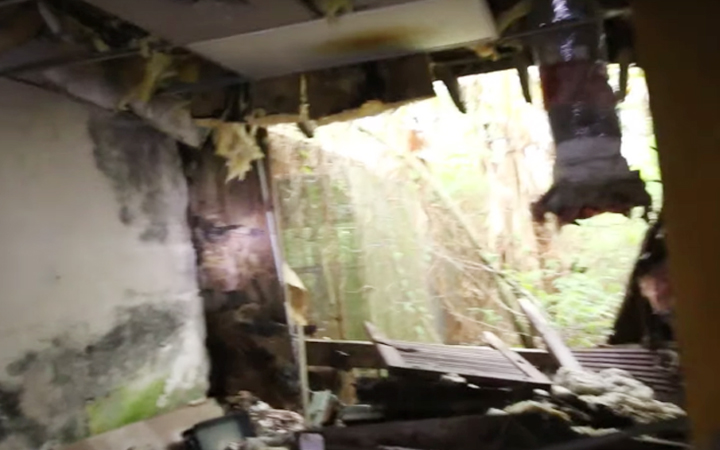 The buildings are starting to crumble down after being abandoned for years.
Even if you were allowed to explore the island, you will probably not handle staying there for more than 15 minutes because it truly looks like a ghost town. You will be terrified to look behind you, in front of you, and basically everywhere. 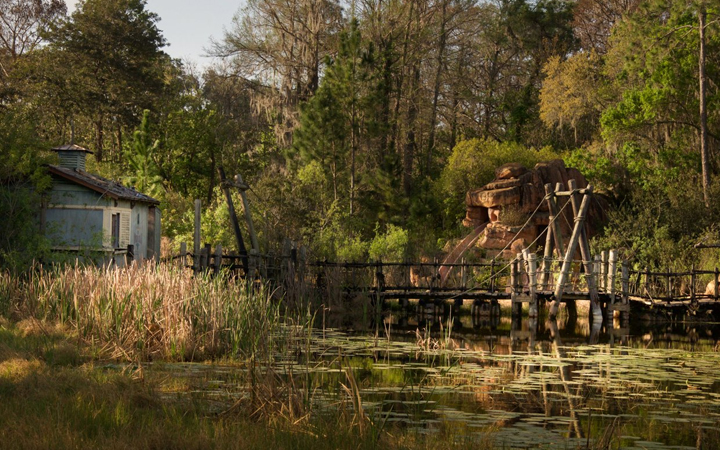 Here is the River Country.

The Walt Disney World Resort’s first water park was opened in 1976. The visitors were rushing to be the firsts to try it out and enjoy the water slides.

Today, everything is covered with weeds, vines, and water that made everything look creepy. This park officially closed its doors in November 2001. 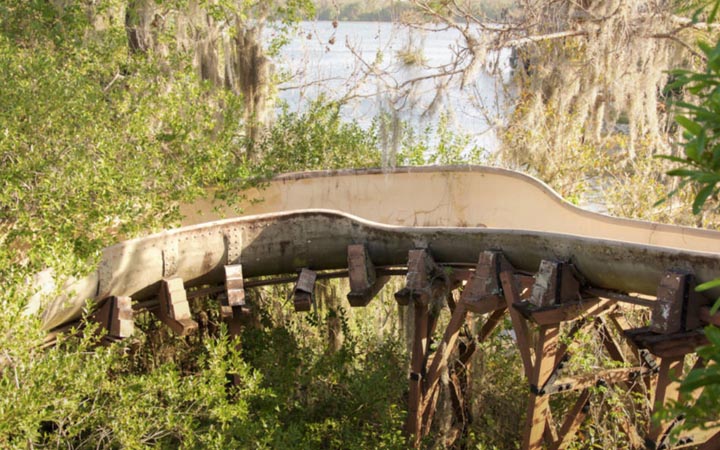 A water slide that is now overgrown.

The first water park of Disney was very popular, and with an artificial mountain highlighting the water slides, this place was designed to look like the most entertaining swimming hole.

The photographer found this mysterious hat in the middle of a bridge. The water park was extremely popular when it first opened, but in 1980, a person passed away because of an amoeba that grows in fresh water.

It attacked his nervous system and brain that led to his death. However, Disney was declared free from guilt because the amoeba could grow anywhere in the world. 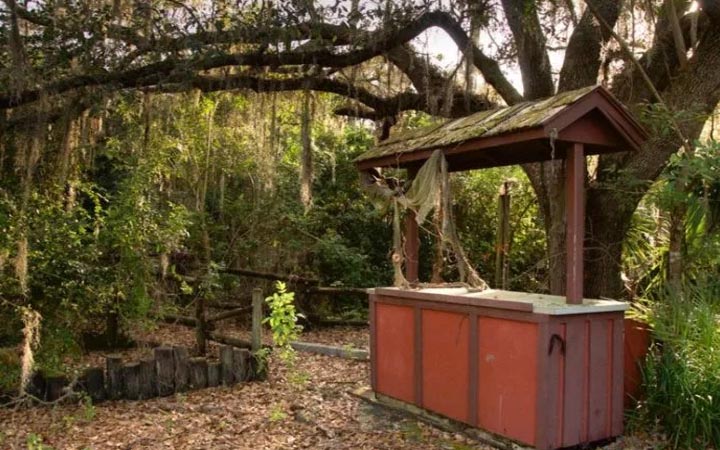 Two years later, a young boy lost his life by drowning when he went off of the Whoop n’ Holler Slide. So the family sued Disney and claimed that there were no warning signs about the depth of the water. Plus, one of the lifeguards explained that he had to save dozens of children every day because of that slide.