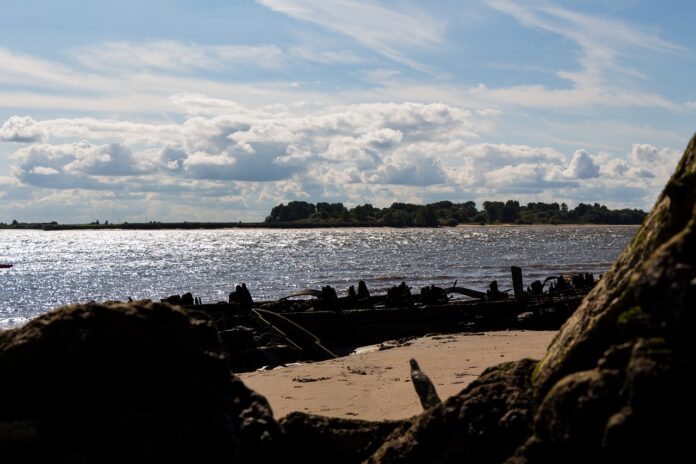 There is nothing like going to the beach and enjoying wonderful moments on the sand or by the sea and enjoying a beautiful sunrise or sunset. It is, without a doubt, one of the most pleasant and relaxing activities that you can experience alone or in the company of friends and family. And, in addition, there is no shortage of idyllic locations with stunning beaches all over the world.
However, some people do not know how to take care of the most precious thing we have. We are talking about the extraordinary beaches that are part of our planet – the greatest natural wealth at our disposal. Every year, they get destroyed by beach pollution caused by humans.
Beach pollution made by humans should be a crime because people who go to the beach and purposely leave their plastic bottles, potato chips, yogurt bottles, canning containers, and other types of garbage should be punished.
And that is what you feel like doing when you see how the most beautiful beaches in the world are devastated after the passing of some human beings. Meet 7 extraordinary beaches destroyed by beach pollution made by humans and tell us whether or not you agree with a fair punishment for this type of person.

The island of Bali is located in Indonesia and is one of the most extraordinary and well-known locations in the world. The magnificence of its volcanic mountains full of forests is only matched by the beauty of its beaches and coral reefs. However, this is not exactly what happens at Kuta Beach, one of the most popular and visited destinations on the island.

Kuta Beach Bali, as it is known, is covered in garbage, which contrasts clearly with the region’s splendid image. And this is due to the pollution caused by humans. This is a real attack on the fauna and flora of the ocean, which constitutes a serious danger to the survival of animal life.
It is noteworthy that the local authorities declared a state of emergency after seeing that the volume of plastic on the beach was threatening the economy and local tourism, as 100 tons of garbage were daily removed from the beach.

Kamilo Beach is a beach located on the southeast coast on the island of Hawaii, in the United States. But it is not exactly known for its natural charms – unlike the island, which is stunning, but due to the accumulation of plastic marine debris from the Great Pacific Garbage Patch.

The plastic beach, as it is known, gathers all types of household and industrial waste, such as toothbrushes, appliances, plastic bottles, and other types of waste. This is also due to the fact that the island is very close to the Great Pacific Garbage Patch – one of the five places where there is the largest accumulation of oceanic plastic in the world.

Alongside Indonesia, the Philippines is also one of the countries with the most polluted beaches in the world, which ends up contaminating animal life in the oceans and the region’s trade. This is clearly seen in the city of Manila, in particular on Freedom Island.

It is incomprehensible to see the state of pollution of this beach since plastic is found everywhere, especially food packaging, plastic bottles, and personal hygiene items – a chilling and horror film-worthy image.

Since we are talking about the Philippines, we could not fail to mention Boracay Island. This is, perhaps, the most famous island in the region due to the fact that it is surrounded by transparent waters and stunning beaches to lose sight of. However, despite being a true tropical paradise, there is a problem that has plagued it for several years: the pollution of the beach.

This problem was uncontrollable and forced the President of the Philippines, Rodrigo Duterte, to close the island to tourists for six months. He called Boracay Island Cesspool Island, as there were thousands of tons of garbage there. The island generated over 100 tons of garbage a day and could not extract half – the President was right about the name he called the island!

Port Phillip Bay is a bay that covers approximately 1930 square kilometers in southern Victoria, Australia. In fact, it is a very busy port area, but it is undoubtedly one of the most recreational and popular destinations in the region. However, it is also one of the most polluted.

And that is because it is in Port Phillip Bay that more than 300 drains are poured out of the 10 municipalities around it. It is a real gutter and, as such, the authorities collect thousands of pieces of plastic that are found in its waters every year, completely detracting from the region’s rivers and beaches.
Do you imagine yourself bathing in water like this, or would you rather be in shark-infested waters? We believe you even prefer sharks!

It is not exactly a surprise to see Indian beaches covered with various types of garbage (mainly plastic waste), and this is precisely what happens at Juhu beach, which is located in the city of Mumbai.

This is a beach that is being totally slaughtered by pollution due to human activity since more than 10,000 tons of garbage has been removed from there. And this clearly affects the entire economy, local commerce and the general quality of life of the people who live there all year round.
Incidentally, it should be noted that in June 2018, the city of Mumbai decreed that people were completely prohibited from using plastics on the beaches. This radical measure came about with the aim of making the city an international tourist location of choice.

When we think we are in the Dominican Republic, we imagine ourselves on a clearwater beach, with sand as far as the eye can see and, of course, with a cocktail or coconut in hand, enjoying this unique, relaxing, and paradisiacal moment, which can happen… but not at Haina Beach.

Haina is a beach that is loaded with plastic waste. Its sands are also full of toxic chemicals such as lead, formaldehyde, ammonium, and other acids, which led to thousands of cases of lead poisoning. Haina Beach is known as “Dominican Chernobyl,” and this is an excellent reason for you to stay away from it.

These are the 7 extraordinary beaches destroyed by beach pollution made by humans and that should make us think. Isn’t it time to put a stop to this? Isn’t it time to say enough and protect our natural heritage? Shouldn’t harsh sanctions be applied to those who do? We believe so and you? What do you think?