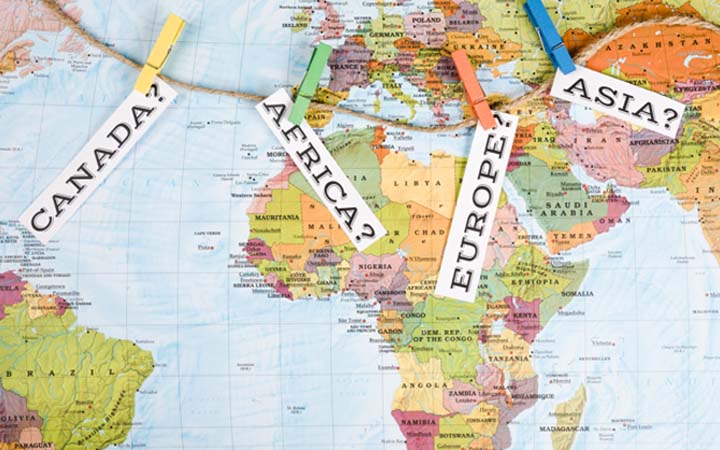 Throughout history, we have seen the name change of many world countries. But why do they do it? What are the reasons that motivate a country to change practically everything (Constitution, currency, flag, anthem, maps, and everything else) to be known by another name? That’s what you’ll discover next when you get to know the list of 10 wonderful countries that changed their name.

How many countries changed their names? Several and Ceylon was one of them. Initially discovered in 1505 by the Portuguese, at the time of the Discoveries, Ceylon quickly came under the control of the British Empire.

However, it was only in 1948 that he achieved his independence – although he remained under English rule until 1972 when he changed his name to Sri Lanka.

Currently, Sri Lanka is one of the best countries to travel, as it is an exotic tourist destination with many unusual attractions. It is known as the glorious island because it is a truly magical and charming place.

2. Holland to Netherlands – The Country of Flowers

The Netherlands is known for being the country of flowers, but also for being composed of two distinct regions: South Holland and North Holland. And it is one of the best locations for your travel destinations.

However, in order to unify the entire Dutch territory in one and with the objective of making the Netherlands brand stronger and more impactful in international markets, mainly in terms of tourism, Holland started to be called the Netherlands.

This passage from Holland to Netherlands took place in January 2020 and brought with it a greater territorial union for all its inhabitants.

3. Siam to Thailand – Heaven on Earth

Of the most striking old country names, Siam is one of the most respected historical names of countries. And it is not exactly known for what it was, but for what it has become: in Thailand, a country of enchantments that is known as a paradise on earth.