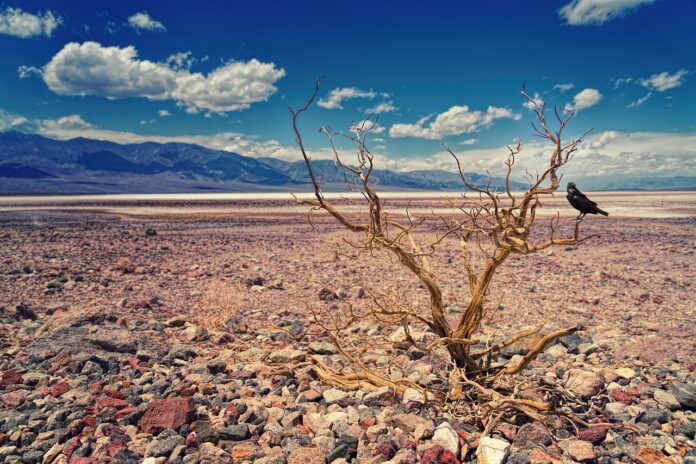 Traveling is a passion that we were naturally born with, our ancestors used to travel on foot looking for the safest places and settling in a place where they think it’s best for survival.

So, before you pick your next destination, make sure it will be safe for you and your travel partners because according to Global Peace Index, some countries are highly dangerous and will risk your chances of “survival” (let’s make our ancestors proud).

Side note: These countries should not be off your travel list forever, we don’t encourage that. Change happens and most of these countries are developing to better.

Since 1991, the Somali Civil War started causing the country to fall apart completely and it is still ongoing to present.

The country is in chaos and it is suffering from many horrible things such as famine, drought, kidnappers, terrorists, high food prices, and many unhealthy factors that may cause you serious health issues and diseases that can lead to death.

Moreover, the seas around the country became infested by pirates, not the “cool” ones we see in movies who have an eye patch and a parrot on their shoulder; these are seriously dangerous and they must be avoided completely. Plus, the country has no government, which explains the chaos.

Since it earned its independence in 2011, South Sudan suffered from internal issues due to the lack of control among the people. Terrorism increased highly and anyone may be attacked just because of having a different nationality or religion than the locals’.On the other hand, this country poses a great risk of getting trapped in the crossfire of the genocide and violent crimes that are happening all over the land. Since this country is still new and poor, the amount of danger is increasing daily, particularly for foreigners.

We can list many reasons that made Afghanistan one of the most dangerous countries in the world, those reasons include malaria, lack of resources, poverty, famished, malnutrition, illnesses, drugs, and lack of government. Plus, the Afghan Civil War started in 2011 and it is still ongoing to present and it took thousands of lives in 2013.Moreover, Afghanistan suffers from terrorism because most parts of the country are under the control of the Taliban, Al Qaeda, and Islamic Jihad Unions exposing most areas in the country to bombings at any time. In conclusion, this country is not a stable environment and it poses a lot of threats.

Maybe the war ended in 2011 and Saddam is gone, but Iraq is still on this list due to the many conflicts that are happening around the country. Terrorists tend to place bombs in shops and beside the roads causing so much threat to anyone, especially foreigners. Ironically, the presence of the military made the country more dangerous.

Currently, the biggest problem Iraq is facing is the Islamic State that keeps spreading around the country and expanding into so many areas which make most of the land a dangerous place to travel to, live in, and even look at!

Nigeria has been the source of many criminal acts for the previous decades, the country is torn apart because of extremists, racists, and wars. For example, so many Muslims and Christians are creating a war that is destroying many areas of the country due to their differences.

Human rights in Nigeria are known to be extremely poor. Furthermore, the country is witnessing a scary increase in many horrific issues such as rape, female genital mutilation, child abuse, social violence, child labor, and child molestation.

Plus, people suffer from discrimination because of their color, ethnicity, gender, religion, and even region, which makes the country extremely unstable.

Pakistan is known to be rich with beautiful sites and great nature. Also, the country provides the whole world with a great quality of rice, cotton, sugar, and other minerals. But, the constant conflicts with India and terrorism led the country to be on this list making it very dangerous to foreigners.

Moreover, Pakistan didn’t survive other issues such as poverty, overpopulation, sexism, corruption, and illiteracy which ranks it among the countries with the most income inequality. It also can’t get control of the constant bombings and violence that is taking over most of the land. So, it’s better safe than sorry.

This country is rich in natural resources as much as it’s politically unstable, long years of corruption and lack of infrastructure caused the country to limit its development.Plus, this country is a horrific place for women, the levels of rape, female genital mutilation, and breast ironing are getting higher each year. The tragic part is the military and policemen are the ones who pose threats to people, especially women, they often use brutal violence to reach their targets.

Plus, 90% of deaths are resulting from many health issues such as diarrhea, pneumonia, malaria, and malnutrition. Living in an over-populated country poses many health and pollution issues risking everyone’s life.

Maybe one sentence about this country will make you understand completely why this country is listed; it’s the homeland of Bin Laden’s supporters and it’s where Al-Qaeda exists. These two reasons can describe exactly how dangerous this country is and what you could risk by visiting it.Also, the country is experiencing so many wars during a short amount of time. The government and its security services are responsible for multiple inhuman treatments, violent acts, and extrajudicial executions. Plus, any member of the LGBTQ+ can be punished to death, because it’s illegal.

Since Guinea took its independence in 1974, the government was never good and so far no president served a full five-year term due to their unusable and unhelpful methods of running the country. This lack of control leads Guinea to suffer from multiple issues such as street violence and murder.The police are almost non-existent around the country which helped the criminal gangs to form and be “free” to commit their crimes. Plus, Guinea is known to suffer from poverty and horrific illnesses such as Aids and Cholera.

Sadly, Syria became the world’s most dangerous country due to the civil war that caused more than 250.000 people to lose their life. Since 2011, the country went from 10 to 0 because of the lack of government and control which helped the terrorists to take over the country.

There are over 11 million people who suddenly became homeless and were displaced to other countries. After the protests and the conflicts that happened against the president, ISIS suddenly raised and started to control the country by using extremely inhuman rules.

Mortars, tanks, helicopters, and bombs are now spreading all over the country threatening the lives of everyone and killing anyone who dares to disobey the littlest rule.