People are born different! That’s a fact that no one can argue about! They have different looks, tastes, preferences, and perspectives too! We can clearly see this in travelers.

While some of them prefer to spend their long-awaited vacation in a remote tropical destination where they can enjoy some peace of mind and experience ultimate relaxation, others are simply more drawn to goosebump-inducing sites that are scattered across the globe.

These travelers are known as spook-seeking travelers that are fascinated by mysteries and complicated puzzles. They love to feel that adrenaline rush that causes their body to shake and their heart to race! That’s a bit weird but remember people are born different!

If you fall under the category of spook-seeking travelers, you might want to click on the NEXT page to learn about possessed destinations that are guaranteed to spook even the most skeptical of travelers.

What are you waiting for? Pick your destination and be ready to live one of the scariest yet exciting experience ever!
ADVERTISEMENT
ADVERTISEMENT 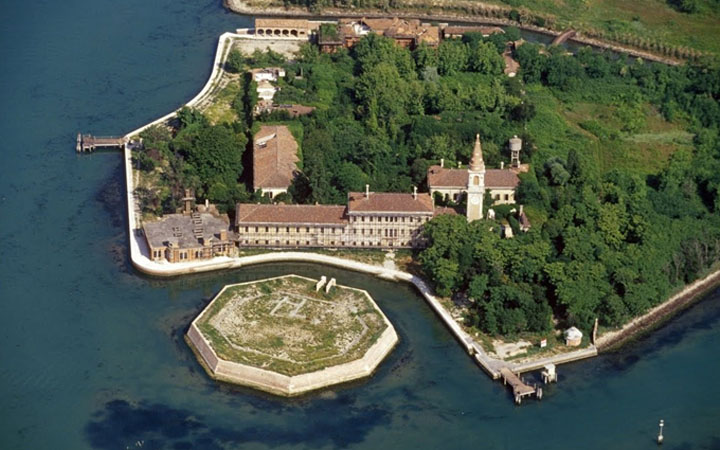 This island is located right in the south of Venise. It is said to be one of the world’s most terrifying and haunted places.

If you are craving to experience how it feels to be surrounded and chased by dead bodies and evil souls, Poveglia is definitely the right place to go! According to the legend, more than 160,000 bodies are buried in this charming island, namely, victims of the plague, psychiatric patients, and lepers.

The island was used as a psychiatric center and it it is believed that the director of the center used to use very cruel and unusual techniques. So, expect to meet some angry ghosts roaming the island!

Today, the island is mostly visited by daring and spook-seeking travelers, tourists, and adventurous photographers who are seeking an unusual experience of its kind! So, Are you ready to join?

Each and every island on this list has its own mysterious story and history, but this one we have to admit is one of the scariest! It is completely uninhabited and no one knows the reason why or where its people have gone!

Was it abandoned because of a drought or because of a more serious issue? Unfortunately, these questions have puzzled the world for centuries.

Today, the place attracts tourists from all over the globe who can’t wait but to explore the twists and turns, the temples and the hidden labyrinths. You are always welcomed too!

Valley Of The Kings, Egypt 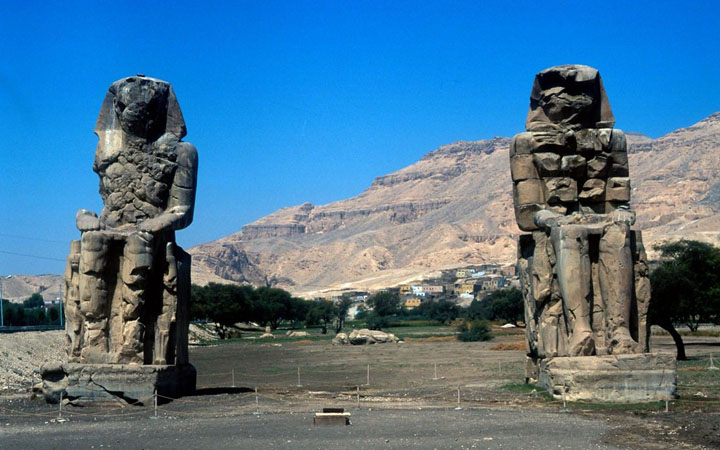 It is said that the valley of kings is cursed and that’s after the boy king’s death in 1327 B.C. The latter was buried in a resplendent tomb that was later discovered by an Englishman who was so much into discovering Egypt and more particularly excavating the Tut’s cave.

However, the public warned him as they believed that anyone who disturbs the Tut’s cave will be doomed forever. The Englishman didn’t believe them and continue excavations and once he opened the tomb, a cobra appeared in his home and killed his pet. Months later, the man himself died from a mosquito bite.

Many people after Lord Carnarvon tried to do the same but ended up dying in the most horrible ways. So, if you are willing to risk the curse, you can always visit the tomb! 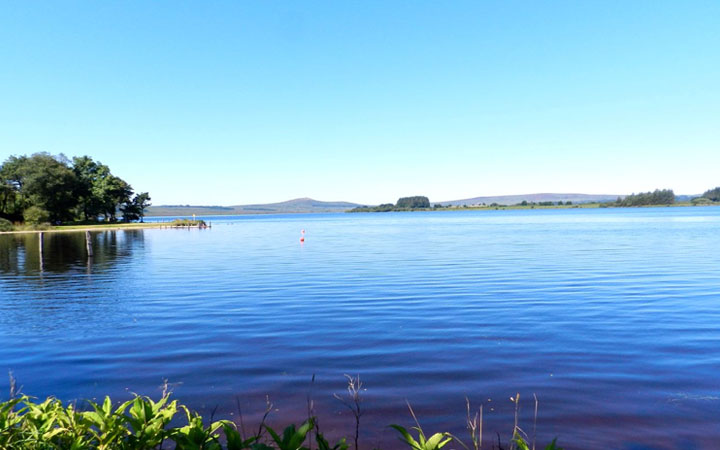 This is a river in France that is said to lead to hell! It is one of the scariest sites that we don’t advise you to visit alone! It is said that exorcist priests used to lead the damned right into the marsh and that’s after turning them into black dogs.

Today, a nuclear power plant in addition to the dam and extraordinary flooding have interfered with the path to hell and rend the marsh unnavigable. Still, you can always enjoy a hike there! 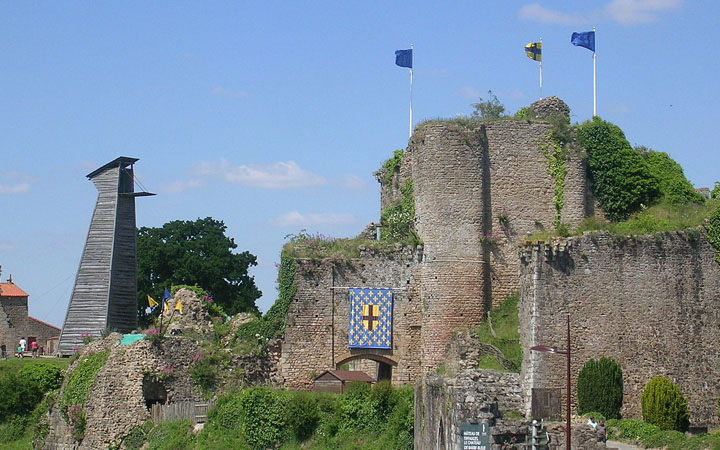 This is a château in Tiffauges that belongs to a young nobleman who was convicted for serial killing. It is said that he used to kill children and committed many other strange crimes.

If you want to visit his place and see where he used to commit the killing, you can always book your flight to France and take a tour in the château. Just make sure you go with a group of tourists! 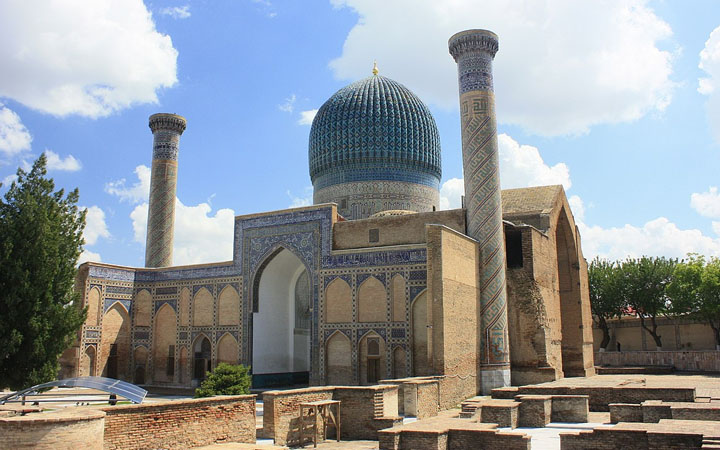 If you have the chance to visit this place, then, the first thing that will ever attract your attention is what is writing in the tomb of the fierce Turco-Mongolian conqueror.

The tomb in the Gur Emir mausoleum reads:’’ When I rise from the dead, the world shall tremble’’.It is said that the Turco-Mongolian conqueror took a journey from the foothills of the Himalayas to Turkey killing more than 17 million people on the way.

The weird thing is that when the tombs were reopened on June 1941, Germany attacked the Soviet Union only a few hours after the reopening, killing more than 30 million. The legend believes that this was due to Timur’s curse.

Today, tourists come from different walks of life to visit the conqueror’s tomb and at the same time discover the impressive architecture. 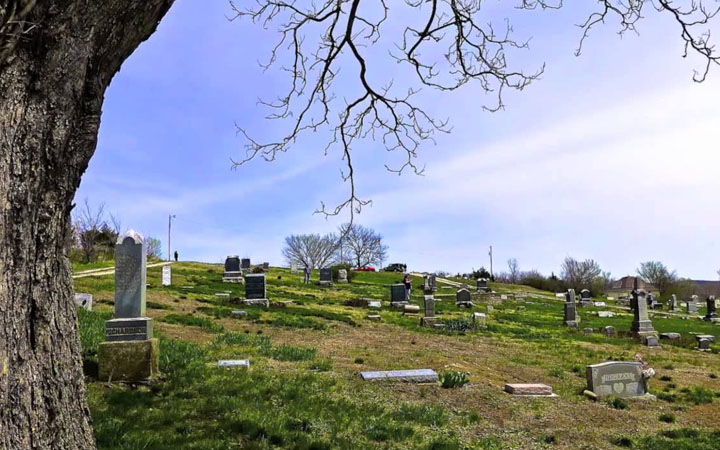 The Kansas cemetery is believed to be the gateway to hell! The story goes that a witch is buried in the cemetery whom the devil love much. It is also said that he visits her regularly trying to win her love and affection.

Daring and brave hearts’ visitors who visited the cemetery at night said to have heard incessant moaning. They have also said to have experienced getting thrown in the ground, and even being brushed by invisible creatures.

If you plan to go there, keep in mind that the place is only open on Spring Equinox and Halloween. So, make sure you plan well. 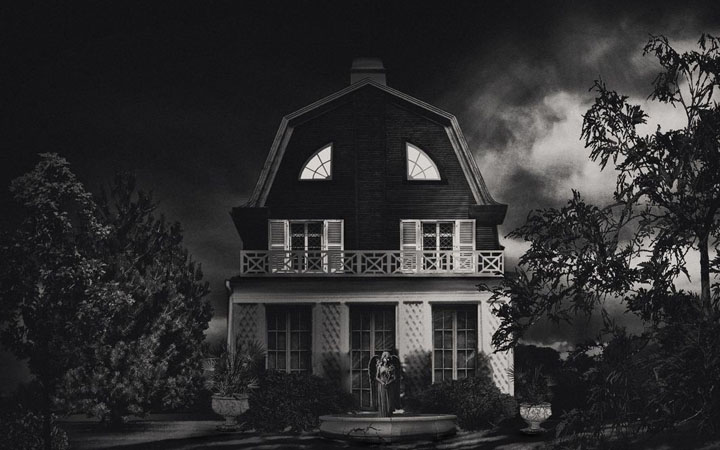 This house becomes famous thanks to a book written by Jay Anson. It is said to be haunted and houses some invisible entities. The horror started in 1975 when the Lutz family who used to live in the house were terrorized for 4 weeks. It is said that they used to hear voices and steps running everywhere, foul smells, and more!

One year before this incident, a young man has killed his parents and four siblings and later on in his defense said that a voice used to whisper on his ear and told him to do so! 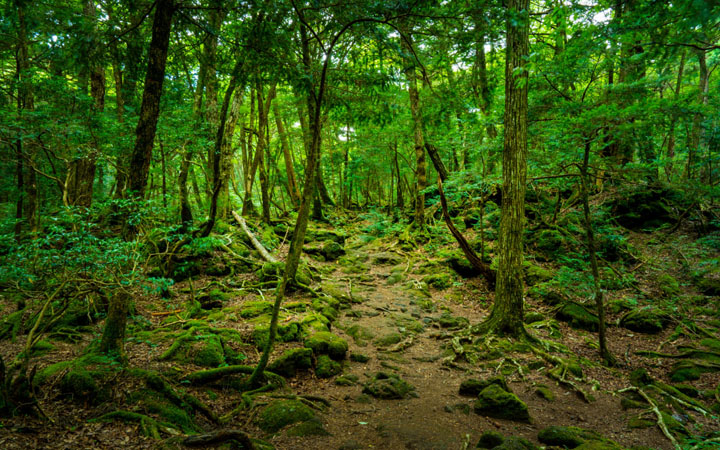 After San Francisco’s Golden Gate Bridge, Aokigahara forest is the most popular place where people choose to put an end to their lives. Sadly, more than 100 people visit the place and never seem to leave.

That’s not everything as you can easily get lost in the forest. Don’t say blessed is mother technology because there is no signal and communicating through your phone is just impossible. Besides, even the GPS is useless there! Why and how? That’s something no one could explain. 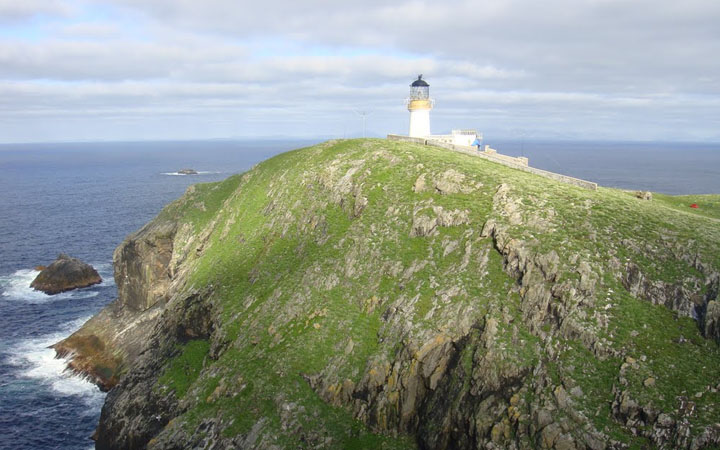 The lighthouse at Eilean Mor is another mystery that curious travelers love to learn more about. The story has started on December 15, 1900, when a boat headed to Edinburgh reported that the lighthouse had not been lit.

To find out what was happening, a boat was sent there to investigate but surprisingly the lighthouse was extinguished, unlocked, and nobody was there. Besides 3 oilskin coats have disappeared! The mystery continues and no one knows what really happened !