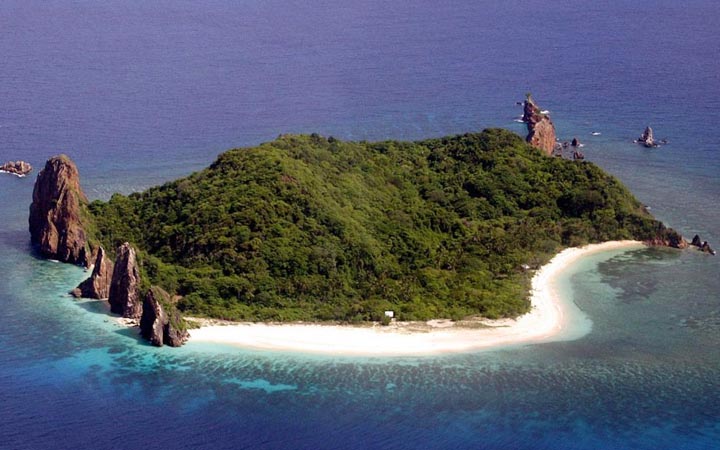 Truly, the world is a scary yet a beautiful place to live and those who have never dared to step out of their comfort zones and discover it are not living!

Not only traveling makes you richer, but also a stronger person who is willing to cross oceans just for the sake of knowing how good it feels to be lost in unknown, weird places and be with new, different faces whose language you totally ignore!

If you are an adventurous traveler craving some extra adrenaline and living a unique and unforgettable summer vacation, then, you really need to click on Next and learn about 10 unusual and creepy islands around the world that you might want to visit! 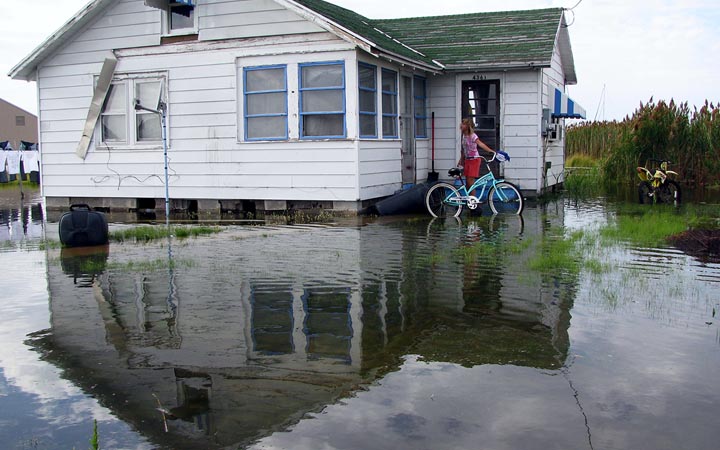 Not so many people have heard of this Island, but if you travel frequently and have taken a road trip across the United States before, you might find this name very familiar!

Tangier is a small island located 12 miles off the coast of Virginia. This island has been isolated from the mainland of United States since the Civil War. So, basically, its people speak a very different language that doesn’t really sound like English at all.

In fact, many scholars believe that the language spoken by the residents of this weird island date back to many hundred years ago reported the National Geographic.

After the separation from the united state, a new culture emerged! It is also said that the people used golf carts to get around while the economy was based on fishing and crabbing.

So, if you are interested in acquiring new English accents and broadening your cultural knowledge, then, pack your stuff and get ready to take a trip to Tangier. 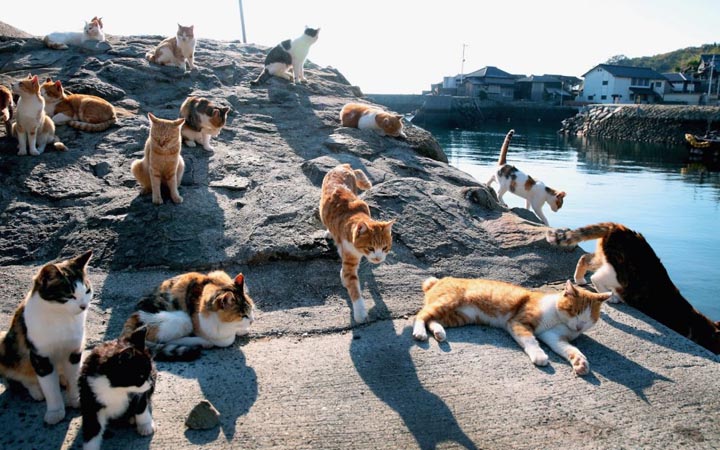 Tashirojima is a Japanese island famous for cats! So, if you are a cat lover and a big fan of these cute fluffy balls of love and energy, then, Tashirojima is your dream destination.

Travelers who have visited this island before said that only a few people live on the island while the rest of the population are cats. Oh, yes cats are everywhere you go in Tashirojima as well as some little cat shrines.

So, if you are allergic to them, then you ‘d better not plan a vacation there as it will turn out to be your worst nightmare. Back to 1700s or 1800s, The island’s economy was based on textiles from silkworms.

Unfortunately, mice used to find the latter as an irresistible prey. Hence, many cats were shipped to the island in the hope of ending this issue. Luckily, those fluffy angels saved the economy of the island and later on started approaching the fishermen to snatch some extra food. Since then, they were believed to be a good luck and remained in the island ever since! 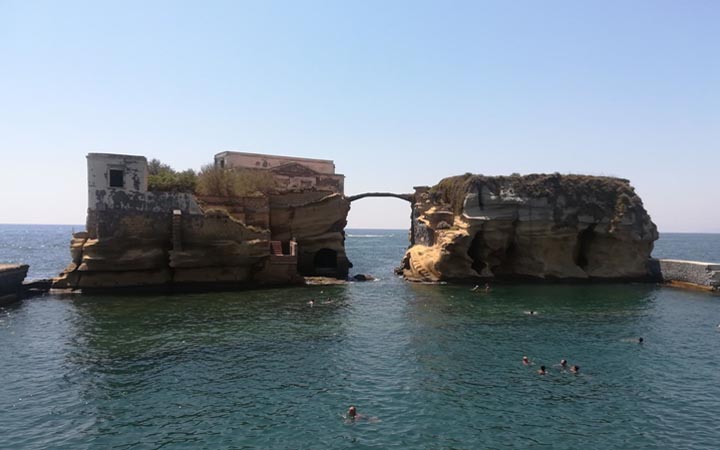 This is known as the cursed island and it is situated off the coast of Naples. It consists of two small islets that are linked by a single elevated footbridge. Watching this island from a distance, makes you believe that it is a heaven on earth with all its ancient Roman ruins and majestic cliffs. But the reality is far from all this beauty!

The island is said to be haunted by rumors of a curse like the famous Bermuda Triangle. Sadly, many mysterious tragic events and incidents took place on that island and no one knows if they were ever a coincidence or a grand mythic conspiracy.

According to the Australian Broadcasting Corporation, this story goes back to a man that used to be known as the wizard. The latter lived in the island in the early 1800s and since his death, no one was able to live there and even all those filthy rich people who tried to own the place were befallen by hideous fates. 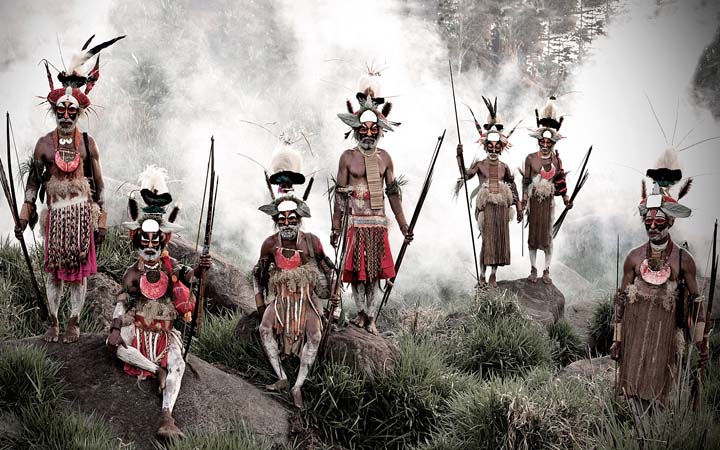 This island is considered one of the most bizarre and dangerous islands in the world. It is located in the bay of Bengal and isolated from the rest of the world. Even if you feel curious and decide to visit it, you cannot because very simply you are not welcomed!

We are not joking! The native residents of the island will kill you without thinking twice! This tribe is believed to be the only spot on earth that remained untouched by the outside world and its people survive and live a hunter and gatherer lifestyle.

Despite the several temptations made by the government to make contact, the native population of the island continue to reject and made it clear that they don’t want anyone to invade their space. 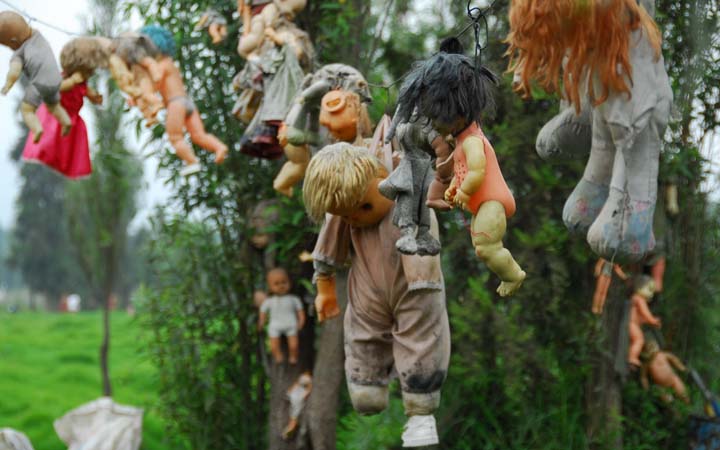 The island opened its doors to visitors and if you are too excited and wish you can learn more, you can book your ticket to Mexico and see how you can get there! The Island offers gondola ride through the island ‘s canal. This way, you can discover the creepy island closely.

Unlike the other islands on this list, this one has a different story! The legend says that the whole place is haunted by a caretaker, Don Julian Santana.

The latter claimed to have found a dead girl floating in the canal over 50 years ago and since then he tried to stringing up dolls everywhere in the island in the hope to help the spirit of the girl find happiness and cross safely.

In 2001, the caretaker died and his corpse was a found on the same canal where he said to have found the dead girl. Today, people living in the island believe that the island is now hunted by Santa spirit! 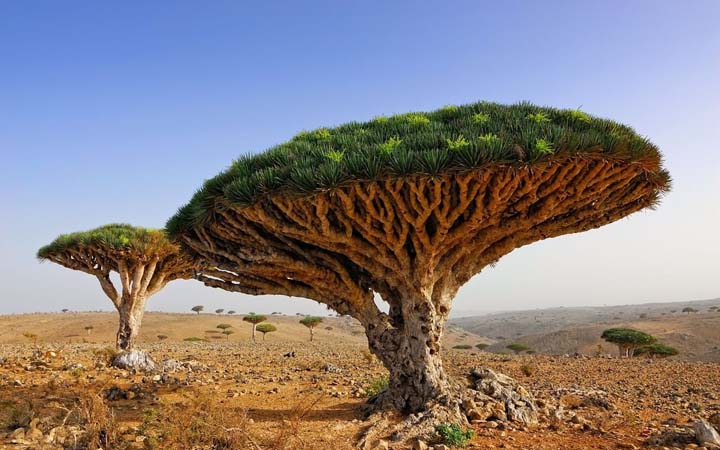 Socotra is an island situated off the coast of Yemen and known for being an island from the alien world. So, if you have always wanted to take a trip to space but you couldn’t afford it, we are sure that you will appreciate a trip to this unusual island. It is also described as that weird spot on earth where weird things exist.

Even more interesting, some people strongly believe that this island is a true site of the biblical Garden of Eden and that’s due to its breathtakingly unique biodiversity.

The island is a UNESCO World Heritage site and home to weird plants that exist nowhere else on this planet and that’s In addition to some unique species.

This Senegalese island is built on millions of clam shells, which means by every step you take, you will be stepping on more shells that you have ever seen in your entire life! In fact, the locals took advantage of this fact and incorporated these shells in their architecture to make it unique and outstanding.

There is another shell island where the cemetery is located. The latter is famous for its unique architecture. It is made of shells and white Christian crosses, which is a rarity in this country, especially that Senegal predominant population is the Muslim population.

The Floating Island Of Lake Titicaca 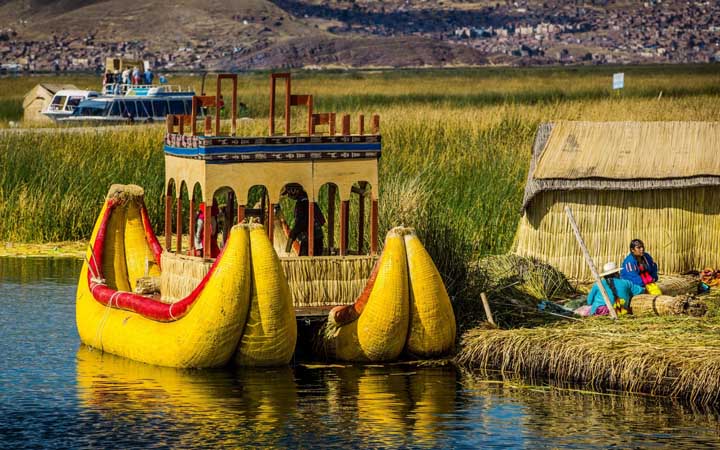 This island is one of the most amazing examples of man-made islands in history that is constructed from totora reeds. Yes, it is a floating island that you really need to visit!

Unlike the common belief, the locals are not primitive! They are fully comfortable and they have good contact with technology. They have solar panels, motorboats, and even their own radio station! 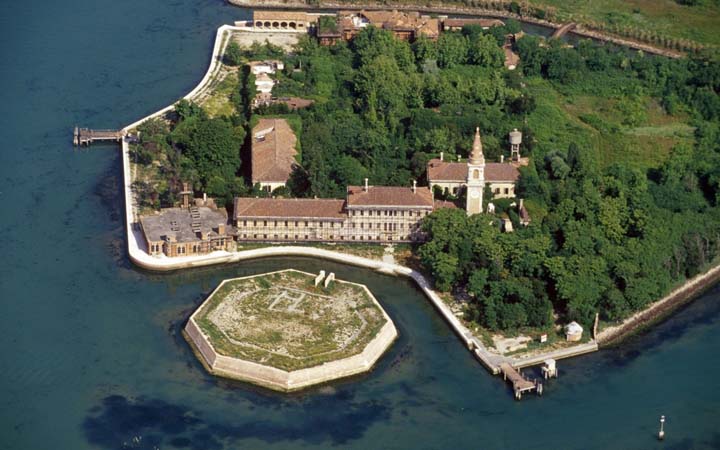 Poveglia is located in the land of romance Italy and it is one of the creepiest islands in Venice. The island said to be used during the years between 1793 and 1814 as a quarantine station for victims of the plague and many of them have died on the Island’s shores.

That’s not everything as in the 1900s, a mental institution was built on the same shore and during these years, I was rumored that one doctor used to brutalize and murder its patients. This way the island become famous for being haunted by millions of angry ghosts. 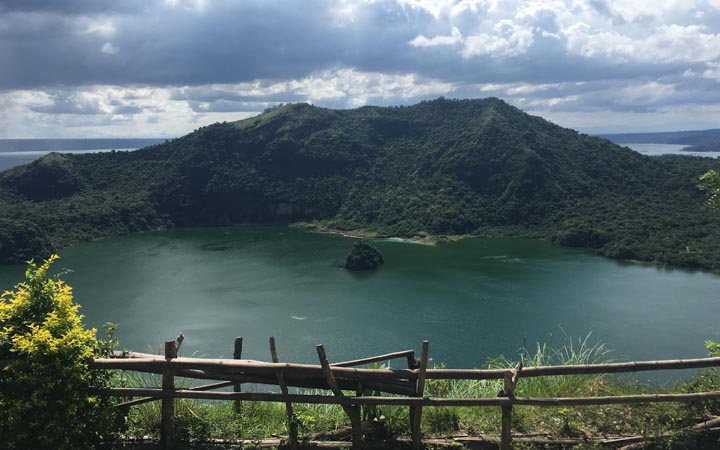 The Vulcan island is a lake island whose lake is situated right in the heart of a volcano. And the latter is itself located in the middle of another larger and bigger lake, which is in the middle of a bigger island. You get it, right? You may need to read that, again and again, to properly understand.

The interesting part is that the volcano is considered to be the second most active volcano in the Philippines with a record of 33 eruptions. So, are you ready to pack your bag and hit the road?