Have you ever looked up to the sky during the night and it was too black and pure to ignore it?

Basically, there is no reason good enough that deserves sacrificing our precious sleep, but there are some places where the skies are pitch-black and very starry that could lead us to sacrifice more things than sleep.

They are unbelievably magical that looking at them is powerful enough to make us feel like we are not lacking any sleep.

Nature is filled with wonders that we shouldn’t be missing, and making reservations at national parks may not always be the best idea. This is why it is best to check Dark-Sky Sanctuaries and Reserves, have you ever heard of them?

There are only a few places in the world where the skies are extremely gorgeous for stargazing, and because they could be “polluted” by the light, the International Dark-Sky Association had to protect them and turn them into sanctuaries, and we have collected them all for you to check them out.

Can you imagine taking the person you love the most to where the Milky Way can be seen in all of its glory?

In Namibia, there is an open-air lodging option where you can experience both stargazing and a safari in one place, which is perfect if they are both in your travel bucket list.

NamibRand is Africa’s biggest and most accessible private nature reserves, which makes it a great destination for any nature enthusiast and adventure seeker.

Spend the entire day in a safari, discover the wilderness, and enjoy the gorgeous nature. At night, you can relax and watch the dancing stars that will make you feel as if you are in outer space. 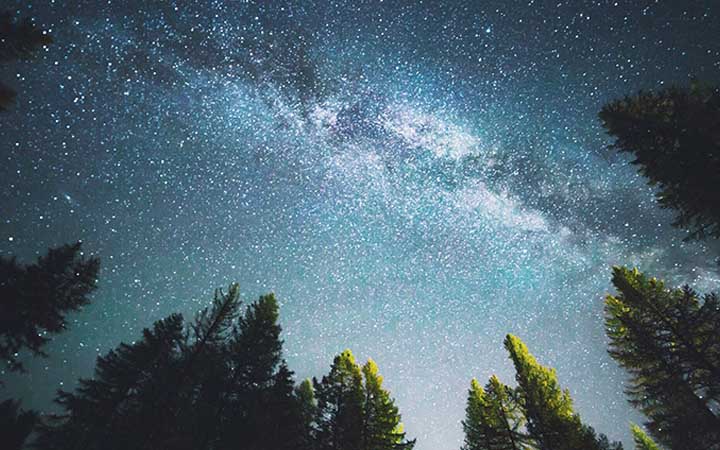 The first designated Dark-Sky Reserve ever is Mont Megantic that is now topped with its own astronomical observatory.

In the north of the Maine/New Hampshire border, the namesake national park is the perfect location to spend your vacation because you can choose to hike or bike the gorgeous mountain and enjoy the clean breeze. Once you reach the top, you will be able to camp and wait for the magical night to bring its stunning stars.

Mont Megantic is considered to be one of the greatest areas where you can stargaze in North America, so don’t hesitate to make your plans and go to rewind. 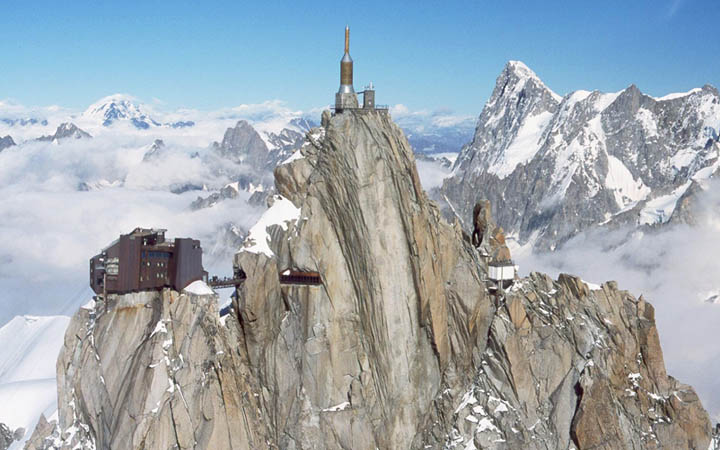 France is not all about the Eiffel tour and the delicious cheese, there are many things you can do in that charming country, including stargazing in Pic du Midi. The latter is the home of the highest dark-sky reserve in the world because it is located above the clouds in the Pyrenees Mountains.

The place might seem like a facility for astronomers only, but every night, it welcomes visitors from all over the world to watch the stars and to enjoy traditional local food offerings.

You can go there by day to enjoy the snow-capped mountains before the gorgeous sunset comes and the starry night sky appears. 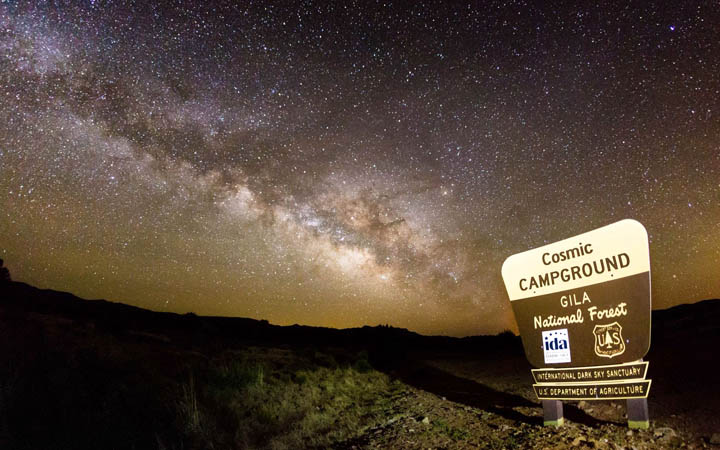 The name alone can translate the beauty of this location, the cosmic campground has very few light sources, which help the skies look very starry and clear like you can explore each star individually and perfectly.

The Cosmic Campground is located in New Mexico, near Blue Range Primitive Area, which is 40 miles away from the major light source. This place is not for those who can get easily scared from the dark or can’t handle the camping conditions.

However, the reward is extremely worth it because you will get to sleep under a 360-degree panorama of constellations.

After spending the entire day enjoying the exquisite English accent, you can go only one hour south of London to the South Downs National Park where the 18th- century Halnaker Windmill and white chalk cliffs are located.

The newest national park of England was only designated in 2011 and since then, it has been hosting Dark Skies Festivals and star parties where anyone can use telescopes.

Just take a trip to the dark area between the southern coast of England and London, and enjoy exploring the space where all mysteries are hidden and beauty is living. Just because we are not astronomers, it doesn’t mean we shouldn’t know more about what’s going on outside our planet. 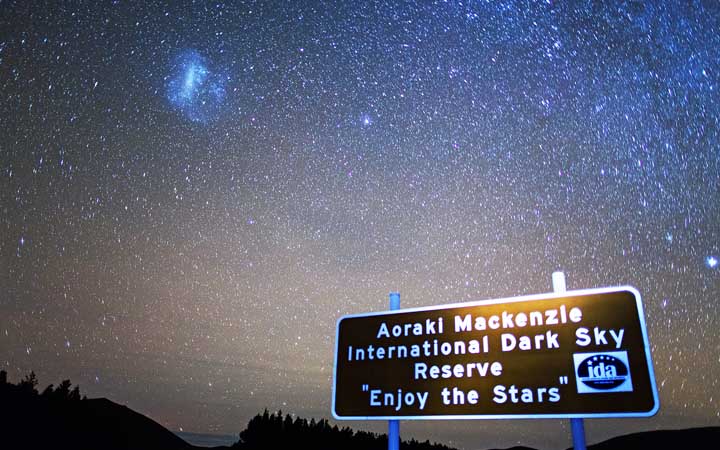 Mackenzie Basin is a light-free reserve where you can explore Mount Cook national park and Lake Tekapo. The University of Canterbury for research owns the observatory, and the area is home to many educational star-opportunities that can guide you through the depth of the special night skies of New Zealand.

You should not forget to take a few pictures, even though we know the cameras will not be able to capture half of the sky’s real beauty, but at least you would have a memory of a night that could change your life, especially if you spent it with a loved one or started to meet new people who are there with the same interest as you. 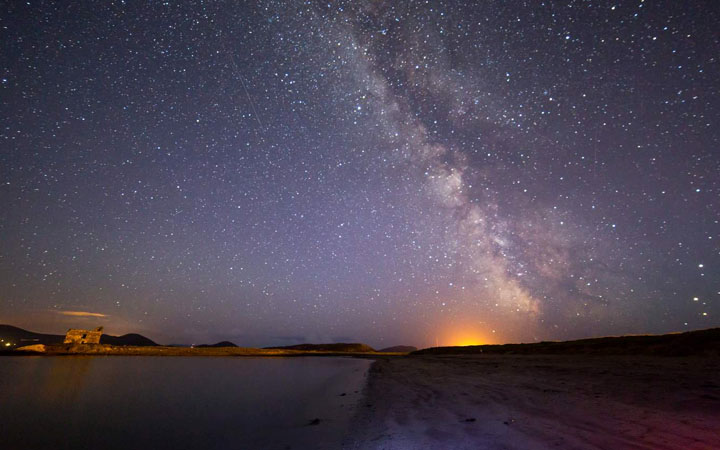 Ireland has only one Dark-Sky Reserve that is also considered as the only place where you can stargaze in the Northern Hemisphere, which has zero light pollution.

Of course, it will not be a fun vacation in Ireland if you didn’t go with your closest friends because they will make the trip a lot more worth the adventure with their good laughs and great company. 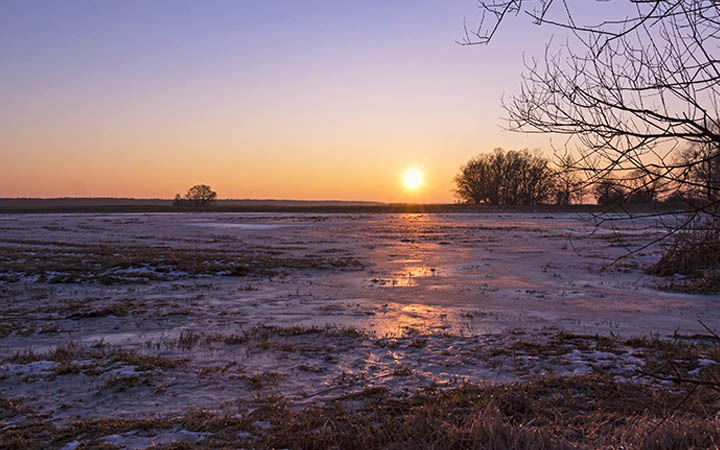 After exploring the interesting city of Berlin, you can take a one hour drive to Westhavelland Nature Park where a Dark-Sky Reserve is waiting for you.

It is an extremely popular place among astronomers and travelers because the beauty it provides during the night can’t be found anywhere in the world.

Every September, this national park holds a star party that attracts people from all over the world, especially from Berliners who head toward this location by bus. So why not take that same bus with them and live up your vacation on the gorgeous land of Germany?

After all, there is no way we can enjoy our existence if we didn’t take a bite of the world existing outside our planet.