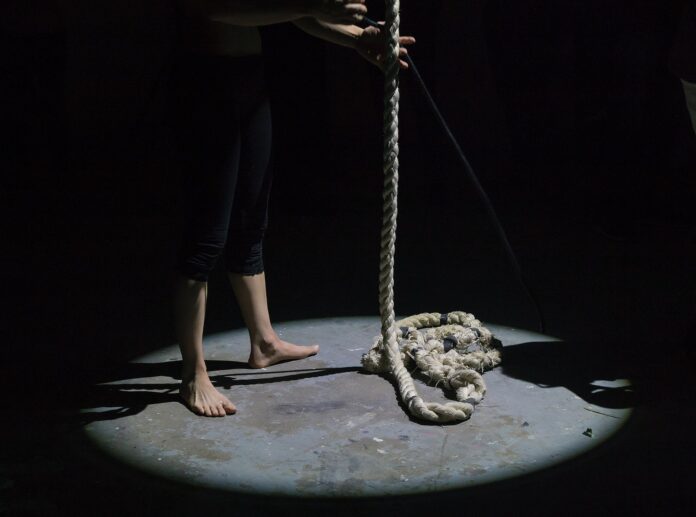 Suicide stories are everywhere, and suicide rates seem to be skyrocketing. Every time you hear about someone having committed suicide, you wonder how he or she could not be convinced of the reasons not to commit suicide; and you probably reach the conclusion that what that person was going through prior to having suicidal thoughts was indeed serious.

World Suicide Prevention Day has just passed, which was another opportunity of spreading suicide awareness and making it known to the world that suicide is an issue that should not be treated lightly.

Governments should be more vigilant about the issue and work diligently toward establishing suicide hotlines or suicide helplines to guide the person showing suicidal signs or having suicidal thoughts to navigate through the hard path that leads to life.

In this article, we are going to present suicide rates by country, allowing you to know about the countries which have the highest suicide rates in the entire world.

Statistically speaking, suicide is the leading cause number two in the country of Belarus. Cases of suicide in this country are linked to alcohol abuse, and the people running the country know that.

For that reason, the government has been trying to sensitize (suicide prevention strategy) the people of the negative effects alcohol has on their will to live, especially among people who are aged between 45 and 64.

There was a time when cases of suicide had been really high. However, from the 1990s onward, these numbers started to dwindle, but not enough it seems.

The country still ranks high compared to other countries in terms of the number of people who commit suicide each year, which means that Latvia contributes considerably to the world suicide rate. It is imperative that the government start taking measures against suicide attempts.

Sri Lanka is, unfortunately, one of the many countries that have the highest suicide rate ever recorded—the number is estimated at 4,000 cases of suicide each year.

The number one factor that contributes to this high number of people who are unwilling to live in the dire poverty that most of the population of the country suffers under.

In addition to the fact that middle-aged people tend to commit suicide a lot in the country, the country has a high number of teen suicide cases, unfortunately.

It seems that, though the government of Japan tries as hard as possible to offer suicide help, the suicide rate in the country won’t go down.

In the country, there is even a suicide forest where people go and hang themselves, which is very unfortunate! The increasing Japan suicide rates have a lot to do with social pressure and economic conditions, which lead to depression and ultimately to suicide.

This is an East European country; it is, unfortunately, one of the many countries with the highest suicide rate. The problem is most common with men—women figure slightly in the overall rate of suicide in the country.

It seems that widowed men between the ages of 30 and 60, in addition to alcoholics, are more prone to commit suicide than other groups in the population.

The government works hard toward decreasing the suicide rate in the country by offering anti-depressants, among other measures, to people who are showing a propensity to committing suicide.

The estimated number of suicides that take place in the country of Slovenia each ear is 400, which is a high suicide rate if we considered the low overall population of 2,000,000 people.

According to research done in the country, the leading cause for these cases of suicide is alcohol abuse. Which has lead the country to establish strict alcohol laws, since 2003, to help decrease the high suicide rate that the country has. In fact, the suicide rate went from 600 down to 400 per year. Hopefully, it will keep going down.

In the 4th position on this list, we find the country of Kazakhstan. This country lays claim to 3% of the world’s total suicide rate. More importantly, the country has a high rate of teen suicide cases (boys and girls between the ages of 14 and 19), which is alarming.

What makes the case of Kazakhstan more serious is the fact that this suicide rate is steadily increasing. According to investigations, the leading cause of suicide cases in the country is school bullying. We hope that the government finds a way to halt the increase in teen suicide statistics.

This is another poverty-afflicted country that has one of the many countries that have the highest suicide rates. Suicide statistics in this country show that the group of the population most affected by suicide is the group that encompasses the elderly and middle-aged people.

Most of these men tend to turn to alcohol before they commit suicide. Moreover, they tend to become dangerous domestic abusers. The country should seriously consider establishing a suicide prevention hotline.

The Korean Association for Suicide Prevention has been trying hard to halt the increasing numbers of suicide cased that the country is suffering from, which makes it rank second in the world in terms of suicide rates.

Here is a suicide fact for you: the suicide cases that occur throughout the country are mostly recorded among people who are 60 years of age or older. It’s unfortunate that the suicide number in the country is this high.

This East European country is the leading country in terms of deaths that are related to suicide cases. The bad economic conditions of the country are considered the leading cause behind the highest suicide rate in the country.

On another note, the people who seem to lead the population in terms of suicide cases are those who are aged between 35 and 54 years. A suicide hotline number is probably in order!

Suicide hotline chat numbers have proved useful in numerous cases; however, they are not enough to combat the increasing suicide rate in the world. Efforts such as establishing a suicide prevention day are commendable.

Nevertheless, governments should understand that the way to recovery from this dire problem involves targeting the root causes that cause the problem and eliminating them altogether.

Before you go, tell us in the comments below if you ever had to help someone who was having suicidal thoughts.