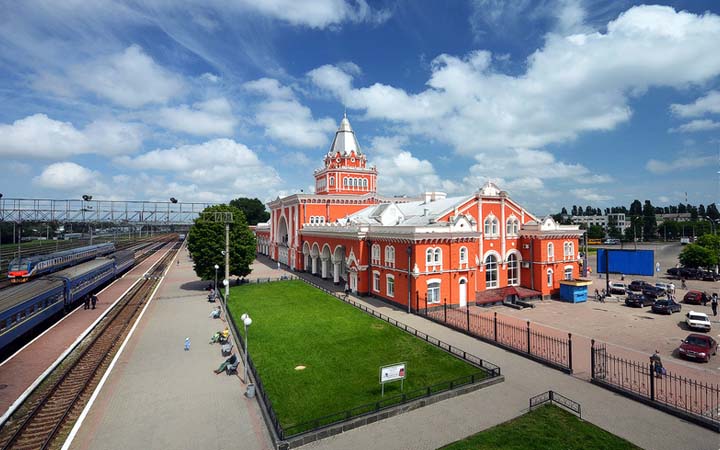 Not only train travel is fast and efficient, but also provides passengers and visitors with a unique opportunity to admire some of the world’s great masterpieces and breathtakingly amazing wonders.

It’s true that train travel today is a less used means of transport, but this doesn’t change the fact that it was once at the forefront of innovation promoting monarchs, architects, and city planners to build spectacular train stations to impress passengers and make their experience a memorable one!

Interested to read on, Slide through the next pages and learn about 9 of the most beautiful railway stations in the world!
ADVERTISEMENT
ADVERTISEMENT 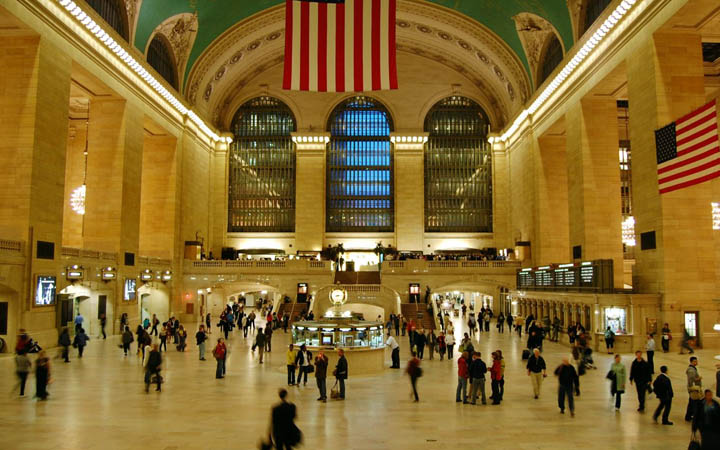 The Grand Central railway station in New York is ranked the sixth most visited tourist attraction in the entire world. In fact, more than 26,000,000 tourists come to visit this masterpiece in order to closely witness the beauty of the place in the middle of teary greetings and farewells, hearty business handshakes, and scurring commuters.

If it happens and you visit New York one day, don’t forget to step into this gorgeous railway station and give yourself the opportunity to admire the beauty of the Beaux-Arts architecture and the iconic clock in the main concourse, which is a classic designed by Henry Edward Bedford.

This amazingly magical railway station was designed by Santiago Calatrava. It was opened in 2009, contains 5 platforms, and known for its airport style architecture. The station is a modern blend of steel, glass, and white concrete that keeps attracting tourists from all over the world.

A trip to Liège wouldn’t be perfect without visiting this man-made wonder! So, make sure you include it in your ‘’ must-visit’’ list. Also, don’t forget to take some beautiful pictures while standing next to the towering 32-meter monumental arch! 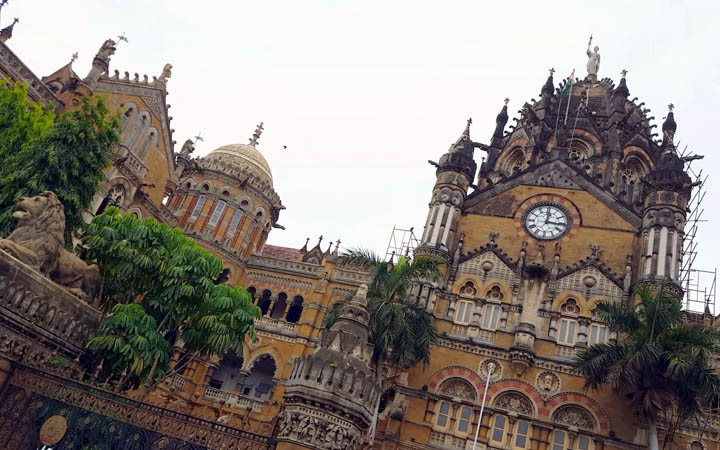 Designed by Frederick William Stevens, Chhatrapati Shivaji Terminus was built in the honor of the Queen, Victoria’s Golden Jubilee in Mumbai. This enchanting, beautiful station changed its name in 1996 to honor the founder of the Maratha Empire, Chhatrapati Shivaji. However, most locals still call it by its old name, say Victoria!

This railway station is truly a unique masterpiece and a bewildering mixture of different styles, namely, the Victorian Italianate Gothic Revival and the traditional Indian Mughal styles. No wonder why it is listed as UNESCO’s World Heritage Site.

Right at the beautiful capital of Mozambique lies one of the world’s most beautiful railway stations. It is designed by the talented designer of Paris famous Eiffel Tower, Gustave Effle.

The station fell into disrepair, but luckily now it is enjoying a revival like the rest of the city. The station serves many purposes and it is also used as a public art space where beautiful art works of local artists are displayed and important concerts and fashion shows are organized. 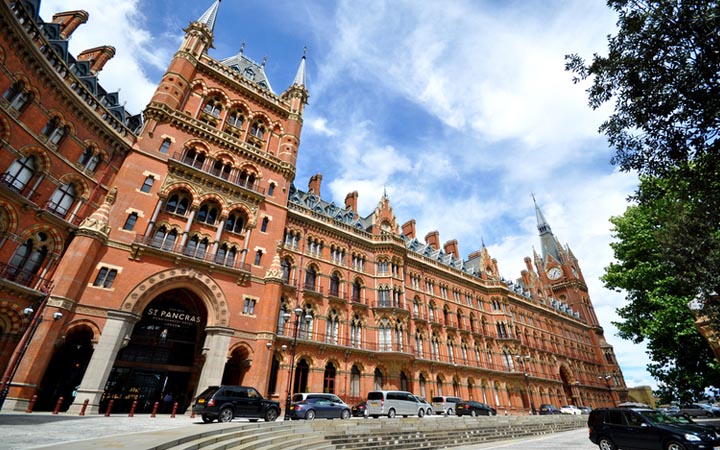 St. Pancras station was built in Agar town, which is a dangerous slum in London. The station earned the title of ‘’ Cathedral of the railways’’ and that’s due to its unique Victorian Gothic Revival style.

Unfortunately, by the 1960s, the station was abandoned and considered to be unuseful. Luckily, a rowdy public campaign saved it from a determinant destruction. About £800 million was spent in the regeneration of this masterpiece and luckily it was opened by Queen Elizabeth II in 2007.

That’s not everything as this regeneration process also contributed to the gentrification of the area surrounding the railway station and luckily today the whole area is teeming with nice cafes, restaurants, and creative start-ups. 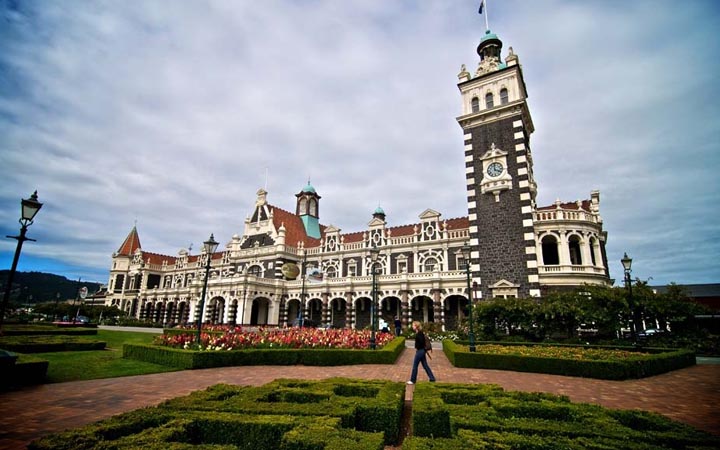 This beautiful station in New Zealand is designed in a revived Flemish Renaissance style. To survive, the Dunedin station had to embrace multifunctionalism. The Dunedin station is not only used as a railway station but it also houses New Zealand’s Sports Hall of Fame and the Otago Art Society. 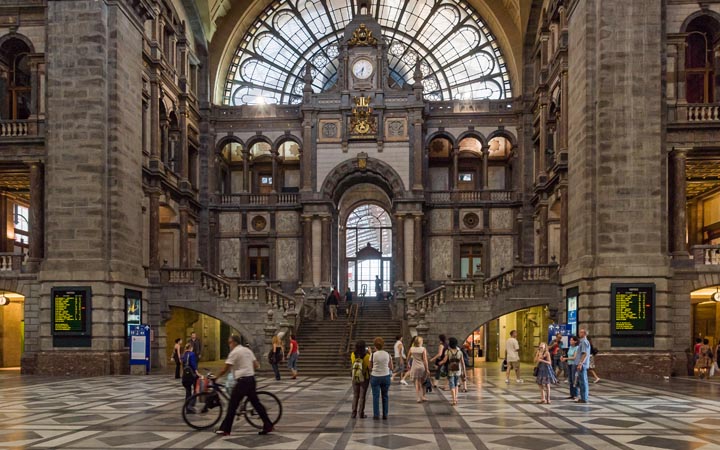 The first thing that will ever grab your attention and catch your sight when visiting Antwerp Central railway station is the iron, the glass, marble, and granite with which the station is made.

This man-made beauty holds a combination of architectural styles that will definitely blow your mind. So, don’t forget to add it to your list if willing to visit Antwerp any time soon. 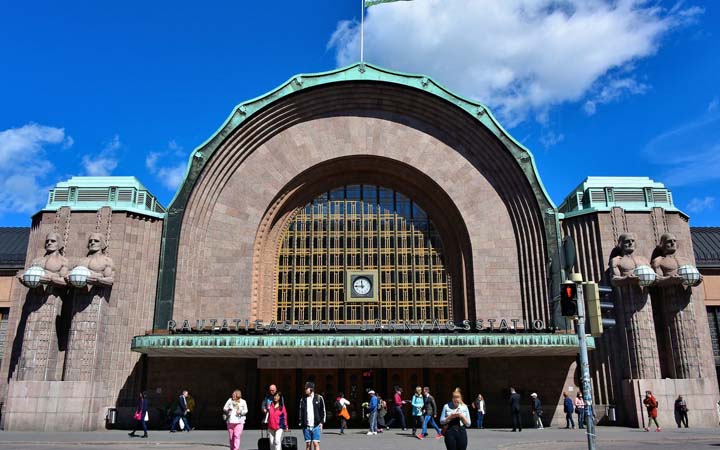 This truly uniquely designed railway station was built by the famous Finnish architect, Eliel Saarinen, in a modern and rational style. In fact, the Helsinki station was Saarinen’s second attempt after his first design was heavily criticised and described being too traditional and ordinary.

The station was opened in 1919, which means two years after the Russian revolution and then it became redundant. Today, The whole situation has changed and the station is used by the president of Finland. 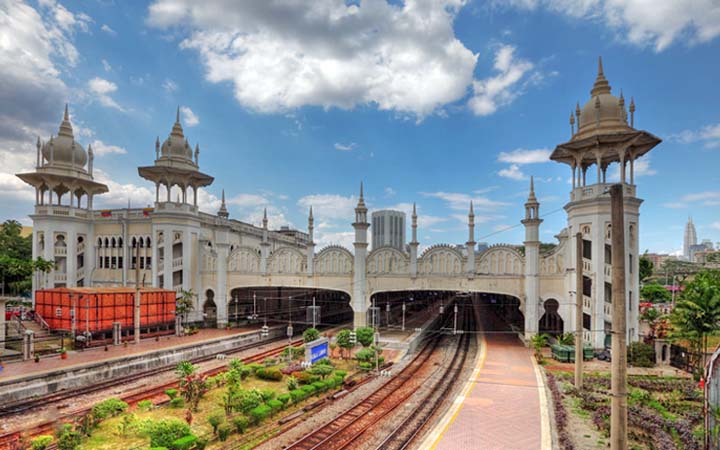 Kuala Lumpur railway station is a combination of a variety of architectural styles, say, Neo-Moorish, Mughal, and Indo-Saracenic. Also, its design embraces different cultures, namely the east and west culture.