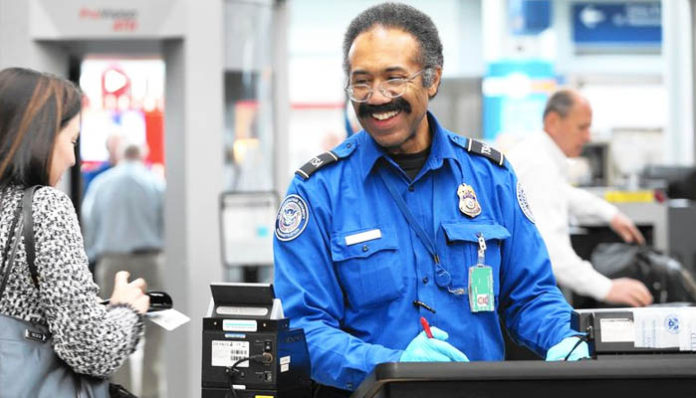 You most likely know what you shouldn’t pack in your carry-on luggage or checked bags, as per the Transportation Security Administration (TSA) rules; liquids that are larger than 100 milliliters, liquid bleach, fireworks, tear gas, sharp objects like razor blades, knives, scissors, swiss army knife, etc.

And then, of course, some items that will definitely earn you a share of weird looks at the checkpoint such as skeletons or antlers, and live animals like lobsters and fish!

Well, guess what? TSA allows you to take such items and animals with you onboard, so you don’t have to care about the funny look some people may give you!

Many more things that are otherwise considered “weird” or mistaken for prohibited items are actually acceptable on a plane, and this list of the weirdest (in a good way) things that you can take with you onboard will show you!

Artificial skeletons, that is!

If you’re an anatomy student or if you’re just someone who’s fascinated by skeletons and probably want to pack an artificial skeleton to use for a Halloween cosplay, then rejoice because TSA lets you embrace your nerdiness wherever you go!

So go ahead and pack your precious collection of fake skeleton bones in your carry-on bag or checked bag and have a happy travel!

As for antlers, you’re allowed to take them along as long as they are wrapped properly and fit in your carry-on and checked bags.

You may be charged a small baggage fee starting from $20 to carry the antlers onboard.

TSA allows you to pack cremated remains in your carry-on luggage and checked baggage, but you must first submit a copy of the death certificate and cremation permit to the airport authorities before you can take them onboard.

Although American Airlines generally permit cremated human remains aboard the plane, you may have to check with your airlines just to be sure that they’re ok with it.

Yes, falcons can fly on a plane and if you’re a falcon trainer, or falconer, today is your lucky day!

Flights used to allow one or two falcons aboard the plane, but now it looks like a maximum of six falcons are allowed in the cabin area of the economy class!

Fish and lobsters can fly with you, too. Flights may transport your small aquatic pets as checked baggage or allow you to take them as carry-ons, it all depends on airline policies.

Keep the fish in a spill-free, transparent plastic water container.

Was it such a great day to know that marijuana has become legal in many US states only to find out that you still can’t fly with it?!

This is just to clear up some speculations: Medical marijuana or any type of Marijuana is NOT allowed onboard. What is in fact acceptable to bring onboard, according to TSA, is hookah ⁠— the water pipe that people use to smoke marijuana!

That is if the hookah is empty of liquid and small enough to fit inside your carry on. Bigger hookahs are simply not allowed.

We have been aching to tell you, “May the force be with you”!

Lightsabers are permitted in the checked luggage but not in carry-on bags. But still, they are allowed and you can make all the star wars references while wielding your blazing saber once you exit the plane!

Guess what, again. Harry Potter wand is allowed in your carry-on luggage.

Harry Potter never had to travel by plane, thanks to his flying car and boomstick, and you don’t have to travel without your wizard wand!

Walking into the airport in your shining bronze armor may be tempting, but you won’t be allowed to set foot at the checkpoint let alone on the plane!

Body armor is permitted onboard but just not on you, so TSA says that you should pack your armor properly in your personal carry-on or checked bag and fly safely!

Although TSA allows body armors and other “unusual” items through the airport checkpoint and aboard planes, some airlines may not allow them and airport authorities’ decisions regarding certain items may change based on the situation.

And those were some items that somehow become weird or funny when you take them aboard a plane but still acceptable! So what unusual items are you packing for your next flight?