It is a well-known fact that US citizens like to travel, they are known for being vacation lovers and adventurers, and you can find them at any airport in the world.

Also, banks provide their best offers for international credit cards so that travelers from the US won’t have any money-related issues in their travel destinations. Airlines’ offers are also getting more and more suitable with cheaper long-haul flights and the ability to carry more baggage.

BHTP are travel insurance providers who conducted a survey in which they asked 2000 American consumers about the safest countries that they had visited. The survey also took into consideration the State Department’s safety rating, the rate of crimes in each country, threats of terrorist attacks and social welfare.

After analyzing the data, they concluded that Ireland is the safest country for American visitors. In the final results, 7 out of the 10 safest traveling destinations are located in Europe, while 2 are for islands lovers, and 1 is in the South Pacific.

The survey made a scoring system based on the responses of the participants as well as the “Global Peace Index” rating established by the Institute for Economics and Peace. 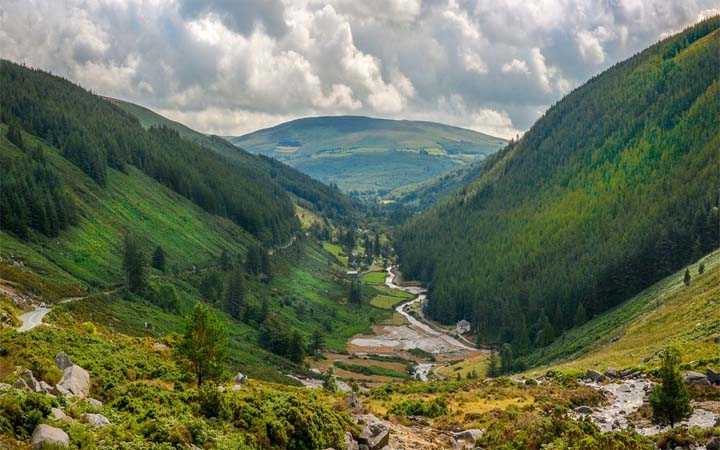 Ireland is taking the top of our list as the safest vacation destination. It scored 3.11 in the survey with a high ranking in the GPI (Global Peace Index.) Ireland is a country full of cultural representations and beautiful natural scenery, making it a very attractive place to spend the holidays. 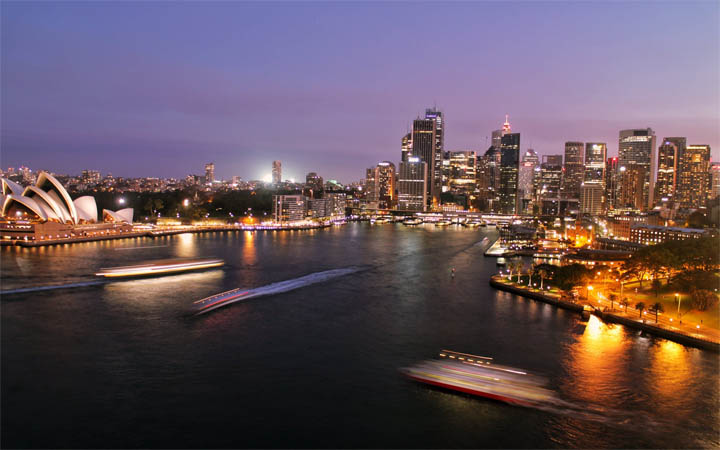 Another level one country, according to the State Department, is Australia. The country is a well-known vacation destination with diverse cultures and locations to visit.

Tourist’s attractions in the country include the great Sydney Opera House, Great Barrier Reef Marine Park, which is considered one of the largest living structures on the planet, the Uluru-Kata Tjuta National Park, and the Blue Mountains National Park.

The score of Australia according to the survey was 3.05 –close to Ireland’s-which is thanks to having low rates of crimes, no political violence, and militarization. However, flights to the country could be expensive, so make sure to consult several travel booking companies for their best offers. 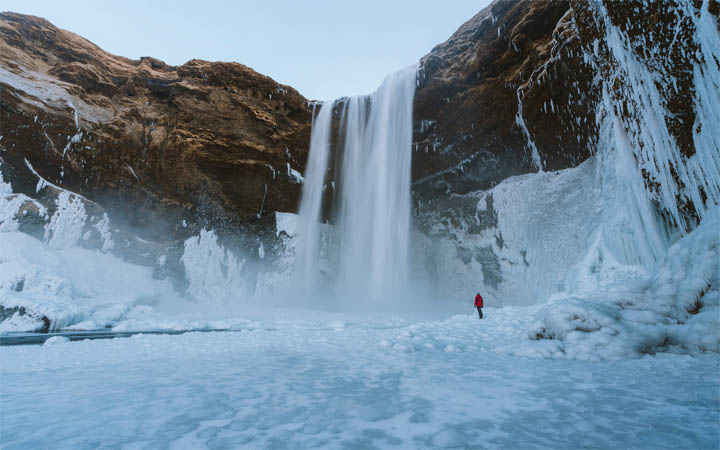 Also, known as the island of fire and ice, it is a world-renowned traveling destination with a high Global Peace Index Rating, and level one State Department rating. It provides nature lovers with beautiful scenery and thrilling adventures.

You can enjoy Whale Watching in Reykjavik if you like these magnificent creatures, and then head to the blue lagoon in Grindavík to enjoy the geothermal spas. Thereafter, you should definitely check the Spectacular Geysers fountain.

Most importantly, it will not be a full visit to Iceland until you go watch the Northern Lights, Aurora Borealis. Iceland scores 2.93 thanks to its safety and political stability. Check with your online travel agent for the best trips offers to Iceland. 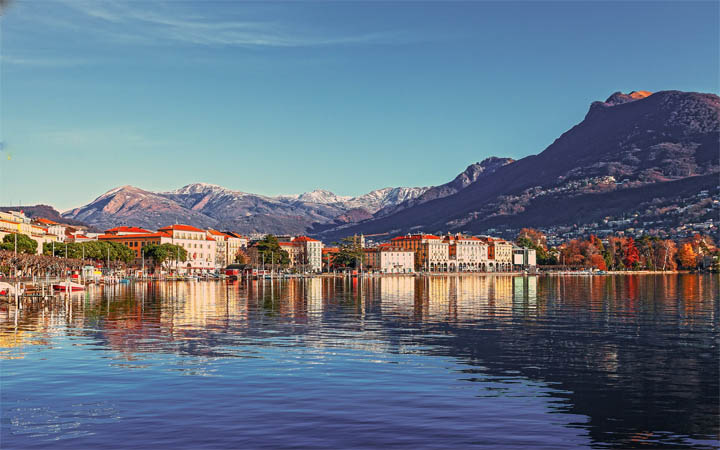 Switzerland is a beautiful country that charms anyone who visits it. It offers breathtaking scenery that we only see on desktops backgrounds.

Start your visit by heading to the Matterhorn, which is among the highest mountains in the Alps chain; then, take the train journey to Jungfraujoch, to see the beautifully standing observation terrace.

Thereafter, visit the outstanding car-free Lucerne city (if you are lucky you may come across its international music festival). Lake Geneva is also a spot worth visiting for a ravishing natural view with icy mountains on the background. 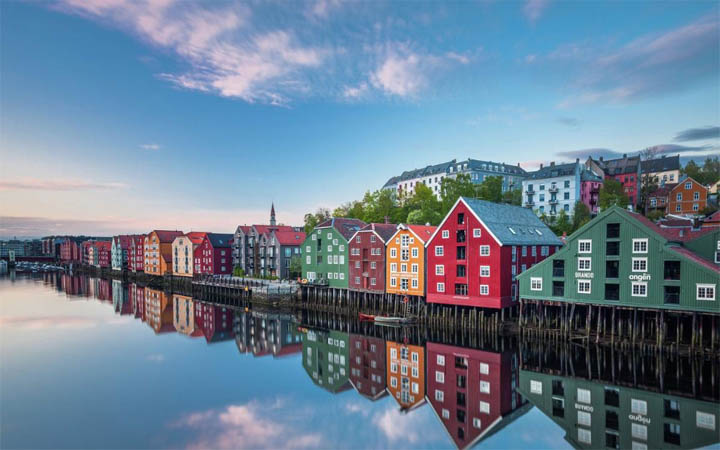 Scandinavia is not a single country, it is a region made up of three countries: Norway, Denmark, and Sweden. The insurance company also included Finland in this region. These countries share a good Global Peace Index, thanks to their lower rate of crimes, exceptional political stability and established democracy.

However, the state department placed Denmark at level two due to the rate of immigration-which causes social tension in the country; in addition to being at a small risk of terrorist attacks. When it comes to the rest, they are all at level one. 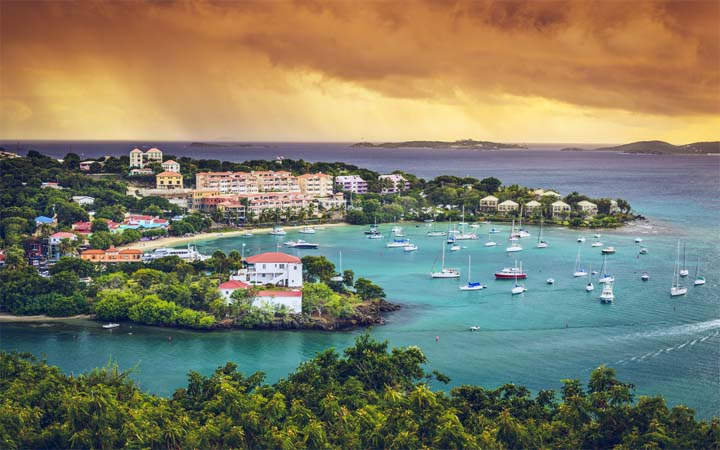 This Caribbean destination is one of the most visited in the world. It contains around 50 islands and cays with St. Croix and St Thomas being the largest of them all. Anywhere you go, you’ll enjoy the beauty of the blue sea as well the Danish architecture in some islands.

Visit the Virgin Islands National Park, St. John to get a glimpse of underwater sea gardens and the ruins of historic sugar miles. Then, for beautiful underwater life, pay a visit to Buck Island Reef National Monument.

A walk by the Magens Bay, St. Thomas also makes the visit worth it. Don’t forget to visit the capital of the islands Charlotte Amalie to see the beautiful red-roofed homes and attractive jewelry boutiques. 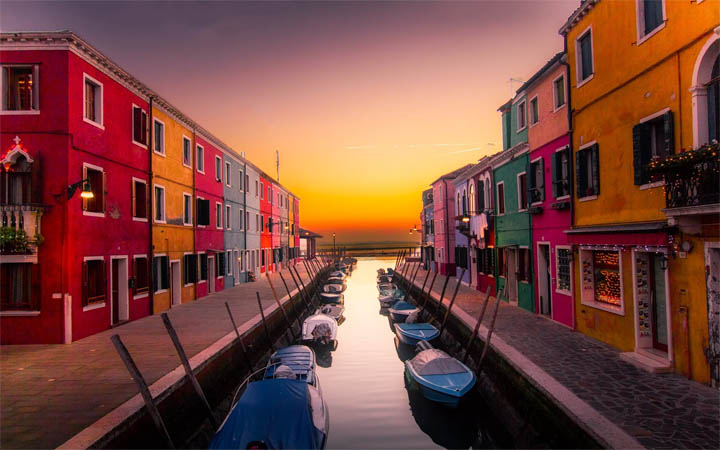 We bet that Italy is on the bucket list of many citizens of the world. The culture, the architecture and the food are just too attractive to resist. This country took the 7th spot in our list thanks to its low homicide rates, and to its political stability.

Then you must take a gondola ride through the canals of Venice and enjoy the beautiful and colorful city. Thereafter, pay a visit to the most famous monuments in Italy -or rather the world- the Leaning Tower of Pisa, and then check the red roof s at Florence Duomo Santa Maria del Fiore.

Just like Scandinavia, the ‘Benelux’ Countries is a group of countries in Europe characterized by being one of the safest in the world_ Luxembourg, Belgium, and the Netherlands.

The latter two countries enjoy a good Global Peace Index rating thanks to their low level of violent crimes, low homicides rate, and political stability; they are also at low risk of getting attacked by terrorists.

However, theft may be a problem in some major cities. The state department places them both at level two due to the risk of terrorism_ which is slightly higher than level one countries’. The ‘Benelux’ Countries score 2.72 in the survey. 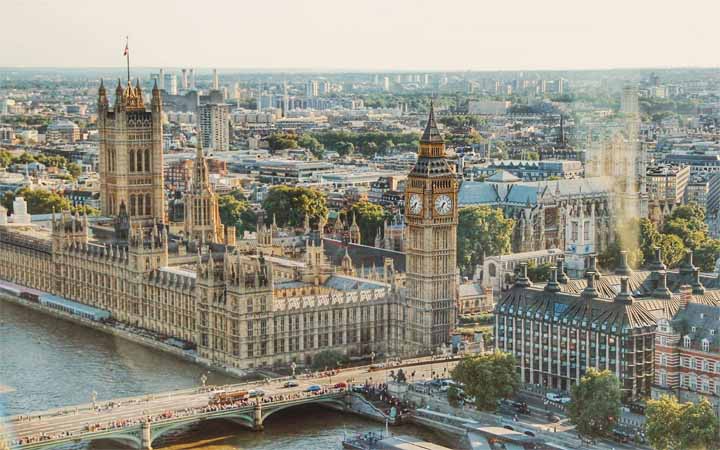 The United Kingdom gets the same ranking as The ‘Benelux’ Countries (2.72). However, it has a higher level of militarization. Also, due to its participation in many wars before, it is at high risk of terrorism.

The United Kingdom is the place for exceptional culture and history, the thing that made it one of the most visited countries in the world.

People come from all over the globe to visit the prehistoric monuments including Stonehenge on Salisbury Plain, the historic Tower of London- a palace that has been a place for everything: prison, observatory, and menagerie.

Just like Italy, the Roman Empire had left its marks on the architecture of the UK, visit the Georgian City of Bath to see the 2000 years old Roman Baths. Of course, the visit will not be complete without visiting the fabulous London and see the London Bridge and the parliament building. 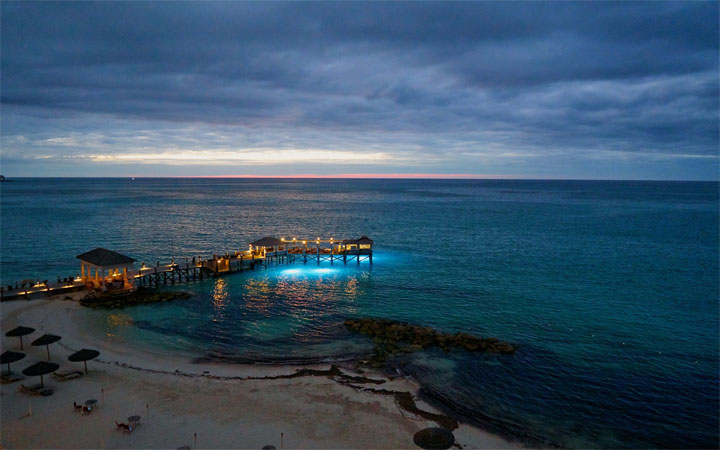 The Bahamas is one of the safest places in our list scoring 3.05. Unfortunately, it does not have a Global Peace Index rating, although it is a very peaceful country. However, it is at level 2 according to the state department due to its level of crimes.

Atlantis Paradise Island is definitely a palace to visit when you are in the Bahamas; this luxury hotel recreates the city of Atlantis and contains a water park and an aquarium that will amaze you.

Then, for beautiful natural scenery, visit the Exuma Cays Land and Sea Park, to be mesmerized by the crystal clear waters. Also, if you felt like picking up some souvenirs, visit Port Lucaya Marketplace for straw goods and jewelry.

Now that you know what are the safest places in the world, save up money, book your hotel, pack your luggage, and take an airplane to one of these destinations. However, don’t forget to check whether your health insurance is valid outside of the country.