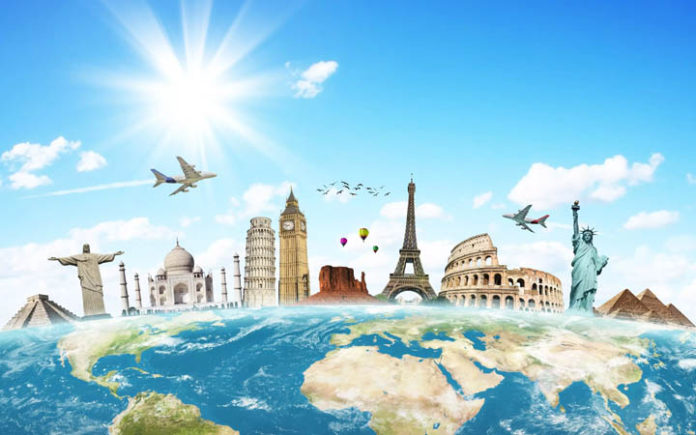 Cinema is an extraordinary art, and Hollywood movies can lead our minds to collect the most unusual experiences of a certain character and to live his story as if it were ours.

And when it comes to travel movies, the impact is even greater because we experience the adventures of the main actors and know the extraordinary places where they take place.

There are films with phenomenal landscapes and locations, don’t you agree? In that sense, we have prepared a list with the top 10 travel movies that you probably haven’t seen but you should at some point in your life.

The Downhill was produced in early 2020, has a cast of choice, and should be in the category of fun movies that you should see this year. Suffice it to say that Julia Louis-Dreyfus and Will Ferrell will be the main actors to let you know that you will have a good time of fun and laughter.

There are good travel movies, and Downhill is certainly one of them because it tells the story of a family that managed to escape acrobatically from an avalanche during their vacation in the Alps. After this unusual event, things are never the same for this family, and this forces them to reevaluate their relationships and their lives.

Are you a fan of horror movies? Then you will love the movie Midsommar, which shows the rituals performed by a pagan cult in an unknown Swedish city.

The city has the particularity of presenting stunning landscapes of the celebration of the summer solstice – a time when there is always sunlight during the 24 hours. And that attracts the attention of all viewers and tourists who, after seeing this type of underrated movies, really want to visit the place.

In fact, this type of tourism for terror or more plagued places are increasingly sought after. Take the example of Auschwitz, Austria, or Chernobyl, Ukraine, among many other heavy sites.

The Farewell is one of the travel movies to watch that will make you think about life because its history can bring you closer to the way of thinking and the culture of the people of the East, namely China.

It is an independent film that tells the story of a Chinese-American family who organizes a fake wedding to visit their grandmother, lying to her about the fact that she has a terminal illness and is dying. Like the best thriller movies, this family asks the question: “Are there good lies just because the culture dictates so?”

This is one of the best adventure movies ever that lets you know reality as it is on the other side of the world: in India. It is a film with an extremely rich content that will allow you to learn about the various facets of Indian culture and bring you closer to the Indian people.

It is one of the best travel movies on Netflix that you can and should see as often as you like. In the end, you will feel complete, fascinated, and full of desire to get on a plane to see live what you just saw on the TV screen.

Charlie’s Angels are one of the best-known action sequels of this millennium in which the main protagonists are women. So, forget the weak version, as this is one of the most popular Hollywood movies where women show their claw and all their power.

In the 2019 version, the adventures and struggles in the most diverse cities in Europe stand out, such as Hamburg, Germany, and Chamonix, France, which makes us want to go on a trip to Europe. Do you line up on this trip? The ski resorts of Chamonix or the Hamburg Philharmonic do not convince you?

Little Women movie was an ambitious new version that, according to the most ferocious critics, lived up to Louisa May Alcott’s literary classic. In fact, Greta Gerwig – Writer/Director, raised the bar and made viewers like Little Women even more.

How did she achieve this? By taking viewers to travel back in time, taking them to the colonial New England period and the city of Paris at that time. It is also noteworthy that the pictures taken in Concord, Massachusetts, showed the home of the author of the classic and where the respective literary work was produced.

This is one of those movies about traveling that you not only want to see but also visiting all the places that it presents.

Who wouldn’t want to have the power to travel in time? This is the dream of most people and for a variety of reasons. And it would be the trip of a lifetime and, for sure, it would make one of the best travel movies ever.

It happened when the Time After Time movie debuted in 1979. Way ahead of its time, this is one of the travel movies to watch because it tells the story in which the author HG Wells used a time machine to go after Jack the Ripper in the 20th century.

In the temporal journeys that are presented in the film, the so-called modern society is even more violent, conflictive, and bloody when compared to that in which the characters lived.

If you’re a fan of a good romantic comedy, then you’ll be hooked to the screen when watching the Crazy Rich Asians movie. It is an exciting film where countless fun adventures and fun activities take place that connect all the characters.

What’s more, it allows you to get to know Singapore’s unique charms and want to immediately book a flight to this little piece of paradise.

This is one of the most suitable Netflix movies for a weekend for two at home, and to watch it, just access your Netflix account and press the play button.

9. The Grand Budapest Hotel (2014) – A Film to Travel without Leaving the Couch!

The Grand Budapest Hotel is one of the best travel movies to watch, as it lets you know the stories of the countless tourists who pass by this same hotel. The film (one of the high-quality movies that date back to other eras) follows the day-to-day life of hotel staff in the 1930s and the relationship they have with their customers.

If you want to know what to do when you can’t travel, sitting on the couch watching this movie is one of the best leisure activities you can do. Get your family together and let them know about the fascination of Budapest and why it is known for the pearl of Eastern Europe.

Mamma Mia! is a film that recalls the Swedish music band ABBA, which became very well known in the 70s and is still very popular today. One of their most well-known songs was precisely this Mamma Mia, who entered any world tour and made people sing their lyrics.

The film is also very well accomplished, as it mixes good music, fun and magnificent scenery. The location chosen for the filming was Pelion, Greece. And the Greek islands, the blue and white houses of Santorini, are a paradise that no one can resist, and that leaves us salivating for the next summer trip. Do not you agree?

These are the ten travel movies that you probably haven’t seen, but you should because they can help you define your next vacation destination. Just based on the unexpected travel movies on this list, what would be your next dream trip? Tell us everything because we also want to see your film.